Why Russia Does Not Believe Syria Used Chemical Weapons

Russia does not believe that Syria used chemical weapons against insurgents, and therefore considers this week's revelation as information warfare to escalate the conflict, writes Fyodor Lukyanov. 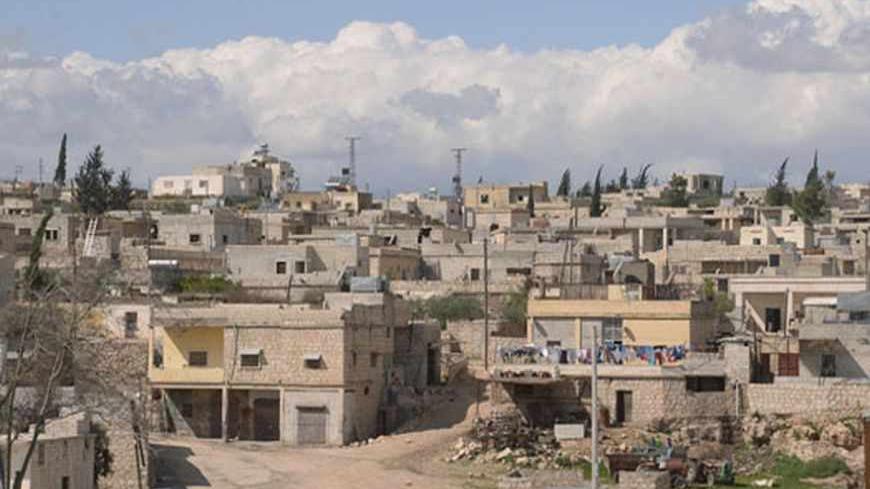 A general view shows Khan al-Assal area near the northern city of Aleppo, near the site where forces loyal to Syria's President Bashar al-Assad say was attacked with chemical weapons, March 23, 2013. - REUTERS/George Ourfalian

When talk arose within the United States and Israel of the possibility of Damascus using chemical weapons against insurgents, Moscow became alarmed. Since US President Barack Obama had earlier clearly stated that such action would be considered a casus belli, an immediate suspicion arose that a campaign to create a basis for a massive intervention in Syria was in the making.

The problem with current international relations is the lack of means to verify information that would be regarded as trustworthy by all parties involved. In that controlled system, which existed during the Cold War years, there was certainly also room for provocations. However, the two superpowers, at the highest level of the world hierarchy, in the first place, took an interest in seeing that nothing would occur outside what they willed; secondly, they were well-aware that the price of incompetent intrigue could be unacceptable, nuclear conflict. In the conditions of intense nuclear deterrence, it was necessary to always be able to immediately assess where there was a real threat, and where there was a technology of a controllable escalation in any conflict.

Nowadays, there is neither such a feeling, nor operating mechanisms. Military-political and ideological deadlocks do not work anymore; the threats of local clashes turning into a global war hardly exist anymore. Nuclear weaponry still serves as a deterring instrument; however, specific countries use it as a warranty against non-interference into their affairs rather than a way to prevent conflicts in general. Paradoxically, universal informational transparency and the seeming abundance of data regarding all events have not enhanced mutual understanding of the processes but, on the contrary, have turned them into objects of manipulations.

In Russia, for instance, a specific, popular area of research is informational wars. It is believed that a massive concentration of public opinion in favor of the use of force has become an integral element of any campaign today. As a rule, there is always a certain jumping-off point when it all starts. A massacre in the city of Rachak in January 1999, of which the Serbian police were accused, the allegedly existing evidence of weapons of mass destruction in Iraq, information on the massive use of air force against Libyan civilians … All this appeared in the media, forming an image that took on a life of its own, and which, eventually, led to a “moral obligation” to intervene. Subsequently, it would often turn out that the initial cause had been unfounded. The story of the Iraqi weapons goes without saying; however, the incidents which became the grounds for the wars in Yugoslavia and Libya were not independently supported later on either.

All the more so, because the Institute of Independent Observers, based upon a UN mandate recognized by everyone, is becoming eroded, its credibility is compromised due to those metamorphoses and cataclysms which the UN has had to deal with after the Cold War. Either it was circumvented without asking for any sanctions, or its mandate was interpreted arbitrarily. And it is difficult to say in which role the UN inspectors in Iraq or of the Organization for Security and Co-operation in Europe observers in Yugoslavia was more important — in their attempts to prevent a war or, on the contrary, to bring it about.

In this context, the news about the alleged chemical weapons in Syria, relying on intelligence from Israel and the United States, is naturally perceived as a step to an inevitable escalation. No doubt, an independent and credible committee under the aegis of the UN is required to carry out an inspection of any reliability of this information. Even if its membership can be agreed upon, which is no simple matter, past experience has demonstrated that, as a rule, observers getting involved in the game does not so much clarify the truth as increase the general level of manipulation and informational wars. However, if a respective government, for instance, refuses to collaborate with international inspection agencies, fearing their partiality or relying on their own assumptions regarding sovereignty, this is virtually automatically assumed to point to the fact that there is something to hide.

Recent history knows the case of the deliberate, but suicidal bluff, which Saddam Hussein attempted to play. Knowing perfectly well that he had nothing, his behavior was ambiguous: he inflated the stakes and played with inspectors, Americans and Iran. The result is well-known, so there is a hope that the remaining regional leaders have learned this lesson.

If the plot involving the use of chemical weapons continues — and that is of primary interest to the Syrian opposition and its regional patrons — then the seeming drift of Russia and Western countries toward each other, looming in the background of the Syrian impasse, may turn into a new dramatic divergence. Moscow does not believe that Assad may use chemical weapons: he is not a madman to ask for such trouble. Therefore, the emergence of such information is seen as an attempt to “turn the chessboard around” — to switch the discussion from the political and diplomatic field back to the military and coercive plane.

Moreover, nowhere — not Europe, Turkey or the United States — does there seem to be any real readiness to intervene into the Syrian conflict. Doubts regarding the feasibility of support to the opposition, which is being increasingly dominated by radical Islamic forces, are becoming more evident. The Boston events have, yet again, reminded us that the psychological conflict with the West, founded on a religious component is still there, and that it manifests itself in the most unexpected ways. Thus, the emerging excuse to toughen positions does not make it possible to untangle the deadlock, but only creates additional political complications.

If the topic does not disappear by itself soon (which is not impossible), Moscow will probably demand the most thorough and impartial investigation, refusing otherwise to trust the credibility of the information provided. The biggest problem will occur if, all of a sudden, the data concerning the use of chemical weapons will be confirmed. Then, everyone will find him/herself having to make inconvertible decisions. For now, this entire story rather resembles an informational attack.

Fyodor Lukyanov is the editor of the journal Russia in Global Affairs, published in partnership with the American magazine Foreign Affairs in the Russian and English languages.