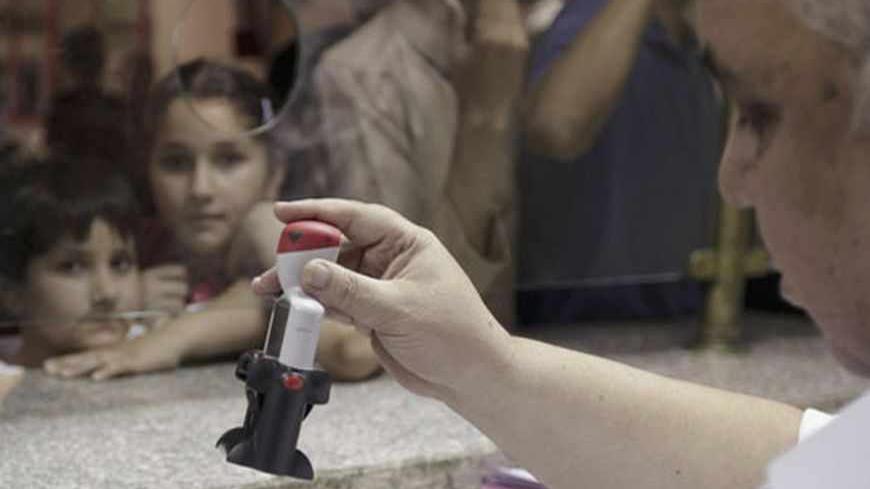 A border officer stamps the passport of a Palestinian passenger on the Egyptian side of the Rafah border crossing over to Gaza at Rafah city, some 350 km (217 miles) northeast of Cairo, Aug. 10, 2012. - REUTERS/Mohamed Abd El Ghany 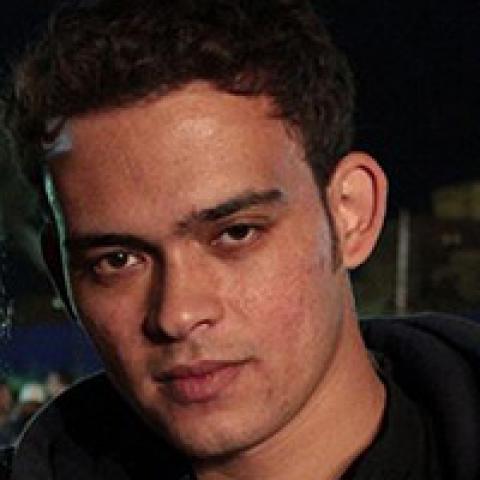 In 2009, approximate statistics showed that the number of Palestinians in the diaspora was nearly 6 million people; 5 million in Arab countries, and the remaining million in Europe, Canada and the Americas.

Despite Egypt’s leading role at the Arab level, and the fact that it hosted the General Union of Palestinian Students in the 1950s — the coalition that produced the leaders of national action and Palestinian parties — it did not permit the establishment of permanent Palestinian refugee camps on its territories. The three camps that were created in 1948 were removed a few years later. Many of those who had taken refuge in Egypt were returned to Gaza, which remained under Egyptian military rule until 1967. Those who resided in Egypt and enjoyed the privileges granted by the regime of former President Gamal Abdel Nasser could not return to Gaza after the Six-Day War, and became actual "refugees."

Today, [Palestinian] refugees in Egypt are distributed among the capital and the northern part of the republic. They are mainly concentrated in Cairo, Ismailia, Al-Arish, Port Said and Rafah. The prohibition of establishing permanent camps, the refusal to conduct a [refugee] census and the policies of Nasser according to which they were treated as Egyptian citizens prompted many first-generation refugees to try integrating into their communities and present themselves as Palestinian-Egyptian.

After Nasser's death, the Egyptian state ratified the treatment of Palestinian refugees as foreigners. According to the new laws, they were denied residency and free-education rights. Those who were allowed to travel using a [special] Egyptian document for Palestinian refugees were required to enter Egypt every six months so as not to lose their residency rights. It is noteworthy that this document does not allow its holder to travel to other countries without a visa, except for Sudan. It also requires its holder to obtain a visa upon entry to Egypt on the return trip.

The methods adopted by the Palestinians in Egypt to circumvent this difficult political reality included marriages to Egyptians, integrating into Egyptian society and searching for jobs in private institutions. The "weak legal conditions" of Palestinians in Egypt, as described by Palestinian writer and historian Elias Sanbar, slightly improved after the January 25 revolution, and the decision of Egyptian Interior Minister Mansour al-Issawi to apply the law of granting Egyptian citizenship to children of Egyptian women married to Palestinians, in a retroactive step that had been put on hold for years.

In a documentary titled "The Forgotten Ones," which aired on the [Beirut-based] Al-Mayadeen news channel, a number of Palestinian refugees living in Gazira Fadel spoke about their countries of origin and living conditions in Egypt. The village of Gazira Fadel, which is part of the eastern province, is inhabited by 350 families, mostly Palestinians who left their villages and towns in 1948. Umm Mohammed, 75, said that she left her hometown of Beersheba when she was 15 years old, and that all the mud houses in the village were built by the residents themselves, not the Egyptian government.

Zainab Salem, 50, expressed deep discontent over the lack of health services, adding that there are no health clinics in the village.

Najla Baraka, 30, said that she was born and raised in Egypt, and that she deserves better treatment and should not be required to obtain security approval for every administrative action she takes.

Fayiq Abu-Awkal, 27, a refugee residing in the eastern area of Ayn Shams, spoke about the gradual withdrawal over the years of support received by refugees from different sources, until they were obliged to rely completely on themselves.

Rania al-Madhoun, a Palestinian journalist and activist living in Egypt, talked to Al-Monitor about the status of Palestinian refugees and concerns about the return [to Palestine]. She divided the suffering experienced by Palestinians in Egypt into two types: "The suffering experienced by the Egyptians themselves as a result of poor economic conditions and the lack of health services due to the broken-down state of the Egyptian state in general, and the suffering of the Palestinians caused by unwritten or customary laws such as the mandatory fees in Egyptian official institutions, as well as travel issues that are subject to the moods of Egyptian officers in the absence of regulatory rules or laws."

She added, "The slight improvement following the January 25 revolution was limited to the political relations between the Egyptian leadership and part of the Palestinian leadership. At the popular level and in everyday life, nothing has changed."

Madhoun noted that the lack of care and neglect suffered by Palestinian refugees in Egypt — or the "forgotten" as she called them — is not limited to the Egyptian state, but also the Palestinian leadership.

In this regard, she said, “The [Palestinian] leadership does not provide support and gives us minimum attention. Palestinian institutions such as the [Palestinian] Writers and Journalists Union is closed, and the student unions are only open due to friendly and personal efforts."

On the possibility of returning to the Palestinian territories, Madhoun said that "the return" for the third generation [of Palestinians] who were born and raised in Egypt has become more like an unachievable dream, especially given that many have been raised in Egypt and about 13,000 Palestinian refugees were born to Egyptian mothers. Madhoun added that the return to the Gaza Strip is theoretically possible for some Palestinians "only if the government welcomes them and presents a containment and hosting plan to those who wish to return," which is so far not available.

Mahmoud Omar is a Palestinian writer and blogger living between Cairo and Gaza. He writes for Al-Modon newspaper and Radio Netherlands Worldwide. His work has also appeared on different online publications including Jadaliyya, Alawan and Alhyat Aljadeda newspaper. You can follow him on Twitter: @_Mahmoud.