Former US officials urge Obama administration to open a bilateral channel to Tehran and discuss Syria and other regional issues, as well as Iran’s nuclear program. 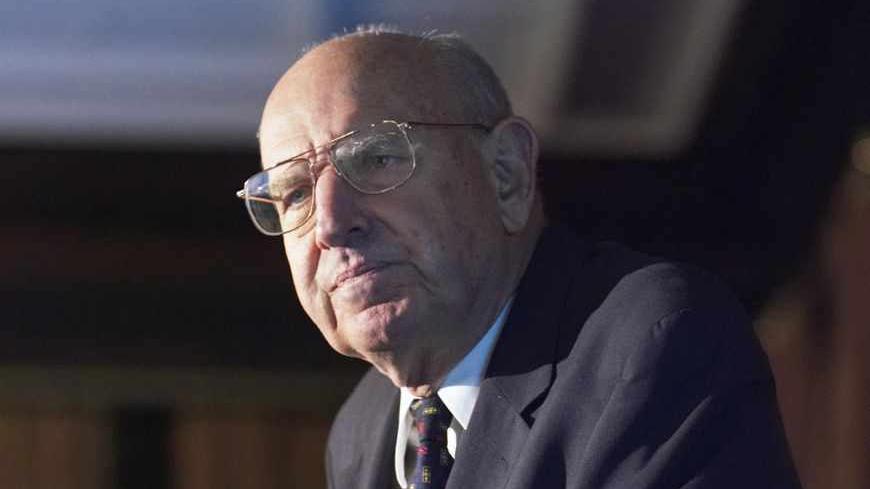 With multinational nuclear talks with Iran seemingly stalled, the reflex reaction in Washington is to wait for sanctions to bite even harder and for Iran’s leadership to get past presidential elections in June. However, a prestigious group of former US ambassadors and other senior officials and Iran experts are recommending a bigger commitment to diplomacy and urging President Barack Obama to take personal ownership of the issue.

“It is time for the administration to make the sweat equity investment in negotiations equal to” the effort put into sanctions and the military option, said Thomas Pickering, a veteran former US ambassador. “The president has to make the decision he wants a deal and instruct his people that he wants a deal.”

Pickering is among 35 foreign policy heavyweights who signed a new report, “Strategic Options for Iran: Balancing Pressure with Diplomacy,” released on Wednesday [April 17]. It's the third report by The Iran Project, a non-profit group that seeks to promote US-Iran dialogue, resolve the nuclear crisis peacefully and encourage greater regional cooperation with Iran.

The first of the reports to make explicit recommendations, the new study implicitly criticizes the Obama administration for being too timid and tentative in its efforts to resolve the nuclear crisis and ease the overall impasse in US-Iran relations.

“Right now, everyone is playing small ball and if there’s no deal, they want to kick it down the road,” Jim Walsh, a member of the task force and a nuclear expert at MIT, said at the Wilson Center, where the report was launched. Left to its own devices, the US bureaucracy will not resolve the nuclear issue, he said. “If we are going to get off first base, it [the bureaucracy] is going to have to be told to run.”

Asked by Al-Monitor whether he thought President Obama would give such instructions, Pickering suggested that the alternative was worse.

“Do you want another war in the Middle East?” he asked.

However, in an earlier interview with Al-Monitor, Luers, the report's principal author and a former US ambassador to Czechoslovakia and Venezuela, conceded he had his doubts about Obama’s willingness to ramp up negotiations with Iran given his preoccupation with domestic matters such as gun control and immigration.

“I certainly hope so, but everything else that is going on suggests this is not the time the president will take the risk on Iran,” Luers acknowledged.

But Luers said that it was still important to encourage US officials to think long-term. “We add value to the discourse,” he said of his group’s efforts. “We want to educate, inform and bring about a broader coalition.”

The hesitance is not only on the US side.

One of the report’s recommendations is to “establish a formal bilateral channel” with Iran. But it is not clear whether Iran will agree. Since multilateral nuclear talks resumed last year, Iranian chief nuclear negotiator Saeed Jalili has not even been willing to meet separately for a few minutes with top US negotiator Wendy Sherman, even as Jalili has met with other representatives of the P5+1.

The report suggests that to change this dynamic and convince Supreme Leader Ayatollah Ali Khamenei that the US goal is a nuclear deal, not regime change, the Obama administration needs to take “practical steps … that demonstrate the United States’ willingness to work with the existing government of Iran.” Among them: “Making a special and public effort to ensure that essential medicines and medical supplies reach Iran” — a suggestion previously made by others including the Iran Task Force of the Atlantic Council in a report earlier this month.

The Iran Project proposes other steps, such as stopping some unspecified covert activities against Iran in a way that would be evident to Iranian leaders, establishing a hot line for clarification of unclear or antagonistic events and statements, and public acknowledgement by Obama of Khamenei’s fatwa against nuclear weapons.

Among the group’s more controversial suggestions is engaging Iran on Syria. The report says that this may be difficult now but could provide considerable benefits after the fall of Bashar al-Assad especially if virulently anti-Western Sunni fundamentalist groups become dominant in Syria.

In June 2012, Iran formally proposed strengthening cooperation on regional security, including Syria, as part of its agenda for the P5+1 talks, but Washington has so far not taken up Tehran’s offer to talk about Syria.

Asked by Al-Monitor how the Obama administration could be convinced to include Iran in Syria discussions, Dobbins — who worked successfully with the Iranians after 9/11 to set up a post-Taliban government in Afghanistan — said “negotiations don’t always produce agreement but always produce information.” Engaging Iran on Syria would give both the US and Iran “a better understanding” of their positions, Dobbins said.

The report suggests that the US also must take care not to be perceived as taking sides with Sunni Muslims against Shiites in an increasingly sectarian Middle East.

On the nuclear issue, the report is similar to other recent papers in advocating a more generous offer to Iran “that would include the promise of and a timetable for sanctions relief in exchange for Iran’s compliance with key international demands.”

The authors also propose laying out a vision of what US-Iran relations could look like in five years. The report includes a list of US priorities, Iranian priorities and overlapping interests between the two countries. It concludes with an account of missed opportunities for improving relations since the 1979 revolution — a depressing compendium that makes the continuing obstacles to progress even more evident.

The report acknowledges that even trying to ramp up diplomacy with Iran carries risks of alienating US allies as well as upsetting the US Congress, which is looking for new ways to sanction Iran and to show support for possible military action by Israel.

However, on Wednesday, Pickering said that Israeli Prime Minister Benjamin Netanyahu appeared to have softened his insistence on the imminent need for military force.

“We have a little more running room than last year and should use it wisely,” Pickering said.