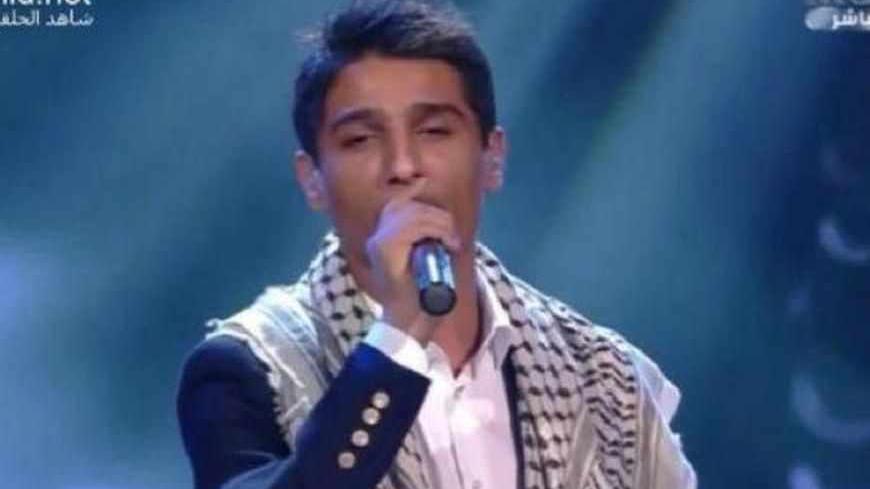 When Palestinian Prime Minister Salam Fayyad broke his silence following the acceptance by President Mahmoud Abbas of his resignation, the topic he chose to discuss was not overtly political. Using his Facebook page, Salam Fayyad wrote the following words: “I call on all Palestinians to support the Palestinian artist Mohammed Assaf, who is deservedly representing Palestine in the second season of 'Arab Idol.'”

Support of an artist by a politician is not usually the best path to success, but in the Palestinian case, the words from Fayyad were welcomed by Assaf, who is being supported by Palestinians and Arabs in general throughout the made-for-TV competition.

Twenty-three-year-old Assaf was born in Libya in 1989 and moved back to Gaza in 1994, and is now studying public relations at Gaza’s Palestine University. His voice is said to be very close to the late Egyptian sensation Abdel Halim Hafez, an issue that has brought him fame and some controversy. Using parts of the late Egyptian’s name, some have called Assad Hilm Falastine (Palestine’s Dream).

Some have attacked Fayyad for using his Facebook page to support a singer rather than hunger-striking Palestinian prisoners. Another controversy erupted regarding which song the young Palestinian should sing in the "Arab Idol"  finals Saturday night. His nationalistic Palestinian supporters want him to sing one of the folkloric Palestinian songs, while he is considering singing a famous Egyptian song.

Throughout the contest, Assaf has sung for Palestine, for Jerusalem and for the right of return while wearing the Palestinian keffiyeh on his shoulders. He has been quoted as both strongly supporting the hunger-striking Palestinian prisoners and refusing to be compared to Samer Issawi and his tremendous sacrifices for Palestinian dignity.

Assaf’s father told Al-Monitor that his son showed musical talent from the age of five. Supporters in Gaza have printed thousands of posters and stickers urging the public to vote for him in the contest carried by the Saudi-owned station.

"Arab Idol," a talent show broadcast on the popular Dubai-based station, is a replica of its US counterpart. And whereas American producers try to ethnically diversify the talent, the Arab version tries to reserve top positions to singers from varying Arab countries.

Assaf's success has brought him compliments from some of the Arab world’s top musical celebrities, such as Nancy Ajram and Ragheb Alama.

Last week, Assaf suddenly was transferred to a Beirut hospital for treatment, causing many of his supporters to hold their breath, fearing that he would not be able to continue to participate, but he has since been released and seems to be in good shape to participate in the final show this weekend.

Satellite Arab television has a huge following in the Arab world, with tens of millions of Arabs following the major entertainment and news channels. While Al Jazeera has received worldwide fame for its news and political coverage, MBC’s group of stations is almost alone at the top of the film and entertainment stations, carrying many Hollywood features, syndicated Turkish soap operas and American sitcoms. "Arab Idol" has been its latest commercial and fan-based success.

Even before the results of the final program, Assaf has already signed a contract with a well-known Arab label. Win or lose, he will continue to be famous for years to come.