Nassif Hitti writes that the Middle East is trapped in a triangle of tension among three major crises. 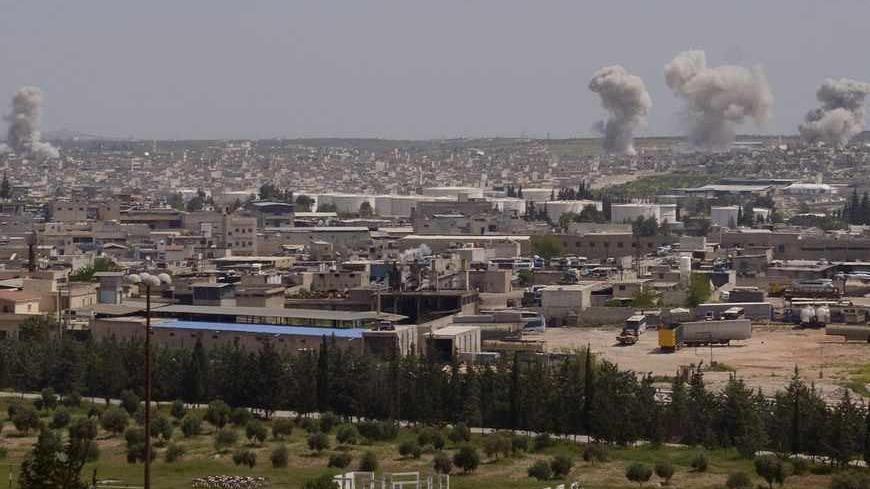 The current regional and international politics of a tumultuous Middle East are already shaped, yet still taking shape through competition, cooperation and confrontation among key players in the region's three major crises — all of which carry degrees of complexity, danger and tension as well as of repercussions, if not settled properly.

The Palestinian issue, the Syrian conflict and Iran's regional and nuclear ambitions share one common feature: They remain stalemated after partial and partisan, rather than comprehensive, attempts at resolution. The failure stems from the absence of a consensus among the main influential figures. Although each crisis has its own dynamics, history, causes and conflict parameters, they have relations of mutual influence among each other.

If the stalemate gives way to an explosion in one of the three crises, then that explosion will produce a reshuffling of the cards in the other two. The outcome of which will remain to be determined. An explosion of the Syria crisis will create a regional civil war in the country increasing the chances of a Western-Iranian confrontation.

A Western-Iranian confrontation or an Israeli-Iranian one will lift a lot of pressure from the Syrian regime by actively redrawing the strategic lines of confrontation or the military front lines from the waters of the gulf to the Mediterranean sea.

Meanwhile, an Israeli-Palestinian war, whether in the form of the 2008-2009 war against Gaza or against the West Bank, will make Iran less evil in the eyes of its Arab adversaries. It will also relegate their enmity to a secondary place and will make a rapprochement of necessity between the two. This will cause the Iranians to profit much more and would push them toward radicalization and anti-Americanism, which will be unleashed at the societal level in the Arab world.

Some would talk about a possible grand bargain on the Western-Iranian front; one that will have great effect toward settling the Syrian crisis. Others would raise the possibility, though very remote, of a successful US policy of crisis settlement of the Palestinian issue that will allow containing better and more forcefully the Iranian-Syrian axis.

All scenarios remain possible, yet some more than others such as the continuous race among the three stalemated crises. One will explode first and make for shockwave changes regardless of the direction and intensity of those changes in the Middle East.

Most analysts bet on the Syrian crisis as being the one on the front burner, breaking before the others the triangular stalemate in the Middle East and thus becoming the key game changer in the region.

Ambassador Nassif Hitti is a Senior Arab League official, and former head of the Arab League Mission in Paris and permanent observer at UNESCO, and a member of the Al-Monitor board of directors. The views he presents here are his alone and do not necessarily reflect the views of these organizations.