It is unclear what the turnout in the upcoming Iraqi provincial elections will be, with some predicting high voter turnout and others widespread apathy, writes Bushra Al Mudhafar. 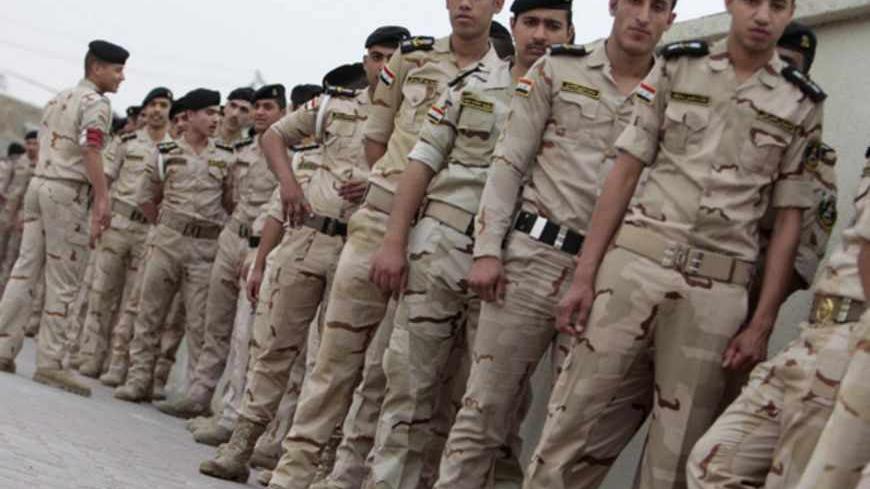 Iraqi security forces wait to vote in a special election for the Provincial Council outside in Basra, 420 km (261 miles) southeast of Baghdad, April 13, 2013. - REUTERS/Atef Hassan 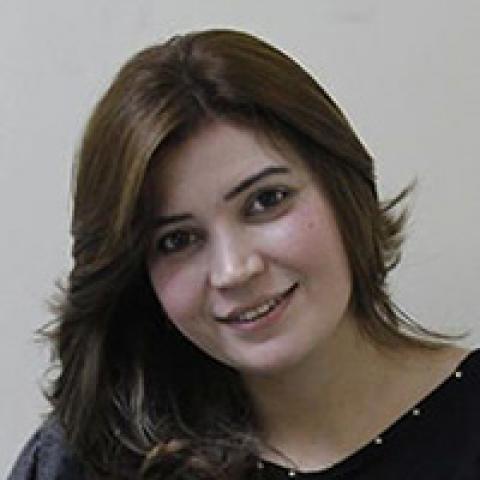 “I will only go because I want my name stricken off the voters’ list to prevent my electoral card from being used in favor of any particular faction, as I do not like any of the nominees and therefore do not  want to vote for any of them.” This was how journalist Naza Kouran answered the question about her desire to cast her vote in the Provincial Council elections scheduled to take place on Saturday. Concerning the level of participation, Kouran did not express optimism that it would be high, “because participation will be limited to partisan and clan supporters of the nominees,” she said.

This, however, was not the opinion expressed by Taleb Hassan, an inhabitant of Sadr City (the largest popular base of Shiite cleric Muqtada al-Sadr), who said, “I will strive to record my choice to represent me in the Provincial Council, because that person alone will be able to fulfill my needs.”

Concerning the efficacy of previous Provincial Councils, and their role in providing citizens with necessary services, Taleb said: “I know that past Provincial Councils failed to fully provide for the citizens’ needs, but that does not preclude me from trying to choose a better option this time around.”

Thirteen million Iraqi voters are expected to head to the ballot boxes on Saturday [April 20] and elect new representatives to the councils of 12 governorates for the third consecutive time, following the 2005 and 2009 elections. Excluded will be Kirkuk, which is a contested area, the three provinces of Kurdistan, and the provinces of Anbar and Nineveh, which decided to postpone elections as a result of the nonstop demonstrations that have raged there for more than three months.

The general electoral day was preceded by a special electoral day on April 13, which saw employees of the interior and defense ministries as well as hospital patients and prison inmates cast their votes. A total of 650,000 interior security-force officers as well as 14,000 inmates participated that day, which equates to 72% of the total number of qualified special voters. This high ratio was used by some civil society organizations to expect and project a similarly high participation level in the upcoming general elections.

Ali al-Dujeily, of the Tamouz Election Monitoring Organization, said, “We expected low participation in the special elections as a result of the lack of services and the consecutive political crises that affected people. But the opposite occurred, and we witnessed high participation levels.” He opined that “the call of religious authorities about the necessity to vote can be extrapolated to indicate good participation in the general elections regardless of the bloc or nominee to whom votes will be cast.”

But Wajdan Mohammad, a 30-year-old teacher, had a different opinion on the matter. She affirmed her unwillingness to participate in the general election because of what she described as “the successive disappointments that befell citizens at the hands of previous Provincial Council members.” As a woman, Wajdan touched on the subject of the lack of female representation by saying: “Not a single woman has stood out and had an impact on society in the past four elections. All current female Provincial Council members are nominated in the next elections, we barely even know their names, and have only seen their faces on election posters.”

Iraq lacks official and accurate opinion polls that would reveal the potential level of voter participation. All current expectations are based on information from unofficial polls that lack accuracy most of the time. According to a survey conducted by the Nas Organization for Cultural and Intellectual Development in Nasiriyah of 200 citizens and published on some news sites, 117 participants confirmed being knowledgeable about the electoral process, while 65 said that they knew nothing about the electoral law. Another unofficial survey — supervised in the same city by the Organization for the Protection and Development of Iraqi Families and based on information gathered from civil society organizations — showed that only 20% to 40% of the inhabitants of Dhi Qar province seriously intended to cast their votes in the upcoming Provincial Council elections.

The current election has seen an upsurge in the number of those boycotting it, who nevertheless agree that they should go to the polling stations and have their names stricken out in order to prevent some entities from appropriating their votes in favor of a specific bloc or coalition. This points to people fearing the election results might be manipulated or falsified.

The tactic of boycotting elections does not seem to go hand in hand with the desire to protect democratic traditions, according to civil activist Aysar Hashem, who said, “Despair has driven some people to hesitate before deciding to participate.” His view about the electoral campaigns of candidates is that “they did not satisfy voter needs, and concentrated on charisma instead of platforms. Even if a voter managed to find a candidate with a good electoral platform, the political equation that prevails in the country and the complexities associated with ruling it render impossible the fulfillment of electoral promises.”

A total of 265 political entities are competing for 117 seats in all provinces. Polling stations are expected to open on the morning of April 20 so that Iraqis may be given a chance to elect governments for their provinces, which still suffer from a severe lack of services despite budgets being allocated for the development of provinces that are not part of autonomous regions.

The 2012 Ministry of Planning statistics indicated that less than 60% of projects were actually completed in the provinces that are not part of autonomous regions. Political analyst Ibrahim al-Smeidi described the current elections as “sectarian and partisan elections par excellence, because voter participation will be limited to supporters of parties and clans that have fielded candidates.” Al-Smeidi attributed voter apathy to two factors; first “the frustration felt by the majority of people as a result of the lack of overall political performance,” and “the deterioration of the security situation and the increased violence, which renders people unwilling to sacrifice their lives in the pursuit of change that may not come.”

Al-Smeidi concluded by speculating that voter participation might not exceed 30%, because the middle class bourgeoisie, which contributed in effecting change in past elections, is not expected to contribute to the “purple revolution” this time around.

Bushra Al Mudhafar is a writer and journalist from Baghdad working in both Iraqi and Arab media. After working as a broadcast journalist for an international television station, she now works for a local channel. 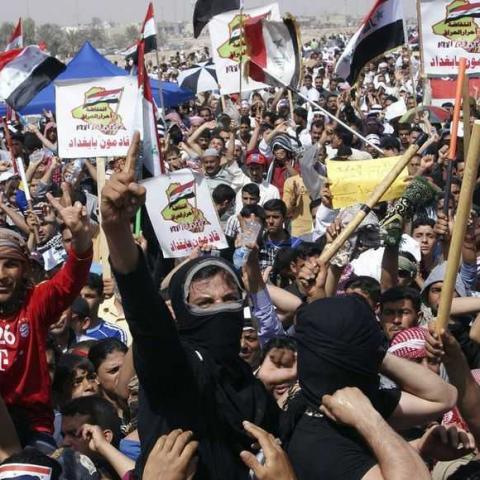