Hasan Cemal, after 45 years as a journalist, loses his job because of government pressure. 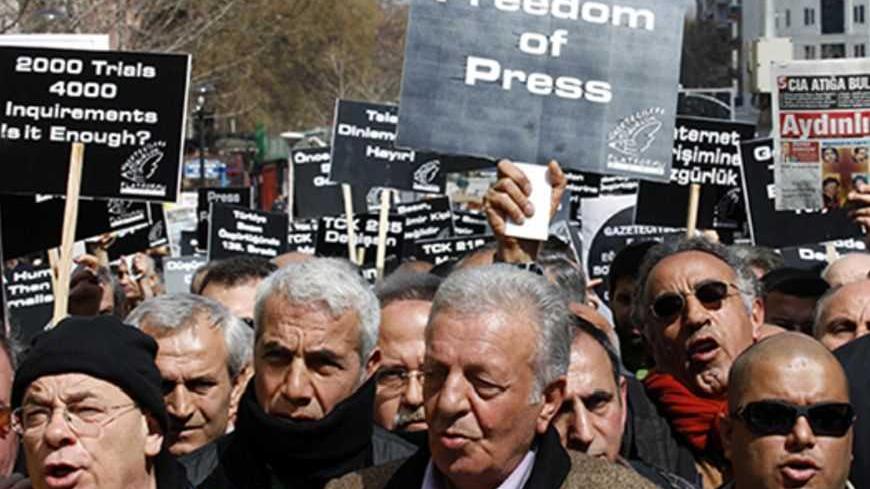 The state of the freedom of the media in Turkey has sunk to a new low with Hasan Cemal’s resignation from the daily newspaper Milliyet. Since Milliyet broke the biggest scoop on the latest talks between the government and the imprisoned Kurdistan Workers Party (PKK) leader Abdullah Ocalan the tension could not be contained. Prime Minister Recep Tayyip Erdogan publicly slammed Milliyet for reporting Ocalan’s side of the approach to the talks, and considered it an attempt to sabotage the successful ending of the bloodshed in the name of the Kurdish rights in the country.

Cemal has dedicated a good part of his 45-year journalism career to covering the Kurdish issue. He used to be a militant leftist in the past and therefore when the Justice and Development Party (AKP) came to power in November 2002, he became one of the strongest supporters of its policies in clamping down the military’s influence over civilian politics. Lately though, he started growing critical of the Erdogan government, too.

Therefore, his departure from Milliyet should not and could not only be perceived from the prism of his support of Namik Durukan, the daily’s longtime correspondent on the Kurdish issue, who obtained the minutes of the conversation between the visiting Kurdish deputies from the Peace and Democracy Party (BDP) and Ocalan on their second visit to Imrali on Feb. 23. Cemal was right in saying that what Durukan did was pure journalism. For Erdogan, though, it was not. “Damn your journalism,” the Turkish prime minister said.

There is much speculation that Erdogan had telephoned Yildirim Demiroren, owner of Milliyet, to talk about Durukan’s scoop. The fact of the matter is that while no one knows  exactly what the AKP is promising to Ocalan, it surely created some questions about the prospect of the talks as it once again clearly reflected how the PKK leader considers himself as the only man who can bring peace to the country. To say it bluntly, it revealed his narcissism and how he is so full of himself.

The people have a right to know as to what the government is promising the PKK on their behalf and therefore Cemal was persistent in his argument that what Durukan did was pure journalism. More so, it’s preposterous to even consider that Cemal would not wish an end to the bloodshed in Turkey. And what is equally difficult to understand in this latest incident is that neither Durukan has lost his job nor the daily’s executive editor, Derya Sazak, who gave the final approval for the story to run.

The Erdogan government may have developed a kind of allergy to those who fiercely supported it in the first place, but grew apart later on. Maybe this is the price that Cemal is paying today. Regardless, this should not have been the way  a writer like him loses his job. It is a tragic day for him, and yet another traumatic experience for the freedom of the media in Turkey.

Tulin Daloglu is a columnist for Al-Monitor's Turkey Pulse. She has written extensively for various Turkish and American publications, including The New York Times, International Herald Tribune, The Middle East Times, Foreign Policy, The Daily Star (Lebanon) and the SAIS Turkey Analyst Report. She also had a regular column at The Washington Times for almost four years. In the 2002 general election, Daloglu ran for a seat in the Turkish parliament as a member of the New Turkey Party. She earned B.S. and M.A. degrees in international relations at the Bilkent University in Ankara, Turkey, and completed an M.A .degree in journalism and public affairs at American University in Washington.