Although Turkey’s consul general in Jerusalem will present his letter of accreditation to Palestinian Authority leader Mahmoud Abbas, Turkish diplomatic sources insist that Turkey is not “appointing an ambassador to Palestine,” writes Tulin Daloglu. 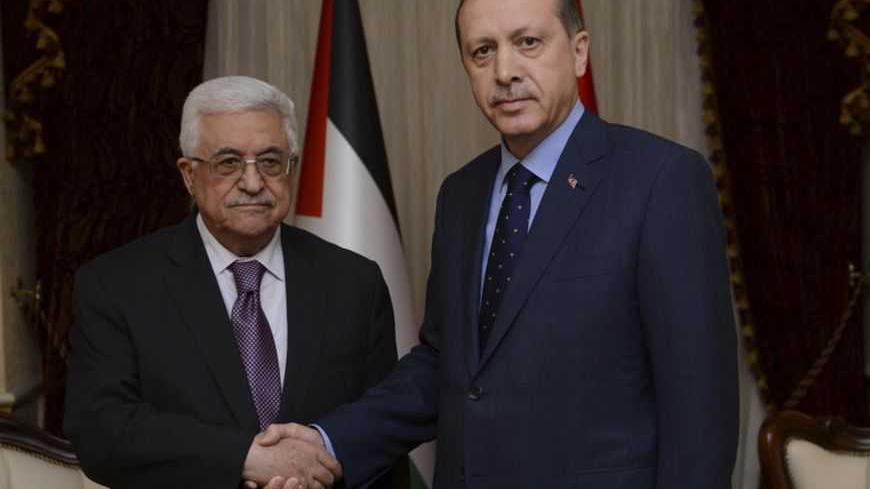 After the Palestinian Ma’an News Agency broke the news on Tuesday, March 5, that Sakir Ozkan Torunlar, Turkey’s consul general in Jerusalem, will be accredited as Turkey’s ambassador to the Palestinian Authority, it became obvious that for the foreseeable future it will not be possible to speak of any kind of normalcy in Turkish-Israeli relations.

Two days after Ma’an's reporting, it looks like Ankara might steathily be trying to backtrack. Turkish diplomatic sources have told Al-Monitor that there has been no official appointment of an ambassador to Palestine, but at the same time they stressed that since the UN General Assembly decided on Nov. 29, 2012, to recognize the “State of Palestine,” having representation to Palestine would be a natural step to take. They insist that there is no reason to look for any deeper meaning, such as Turkey taking the opportunity to taunt Israel.

Ofra Bengio of Tel Aviv University, an expert on the Turkish-Israeli relationship, disagreed. “This is for public consumption,” she said. “It is meant to show that while there is no Turkish ambassador to Israel, Turkey is appointing an ambassador to Palestine. So everybody sees what kind of big changes are taking place in Turkey.”

In May 2010, following the Mavi Marmara incident, Turkey downgraded its representation to second secretary at the embassy in Tel Aviv. Israel kept its ambassador in Ankara after Turkey’s downgrade, but an Israeli ambassador has not been resident in Ankara since Gaby Levy left in summer 2010.

A Turkish diplomatic source insisted, “Turkey has been sending its consul general to Jerusalem at the ambassadorial level since 2005, and Sakir Torunlar is the second ambassadorial appointment to Jerusalem.” He added, “Since Palestine was registered as a state by 138 votes at the United Nations on Nov. 29, 2012, it was decided that Turkey’s consul general in Jerusalem submit his letter of credentials to the head of the Palestinian state. It was also decided that our consulate general will continue its work like it always has."

Regardless, this is indeed an intriguing step to take. First, no Muslim country except Turkey has a consulate general in Jerusalem. All accredited diplomats — whether in embassies in Tel Aviv or consulates in Jerusalem — have the right and authority to travel to Ramallah, as they also deal with their nation's relations with the Palestinians. Thus, Turkey, without a doubt, has decided to go one further and distinguish itself from the rest by appointing an ambassador to Palestine.

Given Turkish Prime Minister Recep Tayyip Erdogan’s well-known sensitivity to the Palestinian issue, perhaps this latest move should not come as a complete surprise. With Ma’an having broken the news, and the Palestinians possibly benefitting from Erdogan’s tough position against Israel, it will be hard for Ankara to now back away from the appointment, if that is what it desires. The Erdogan government might be in a bit of a bind because it will not step forward publicly and say that it did not actually appoint an ambassador to Palestine, but on the other hand, Turkish diplomatic sources told Al-Monitor that, indeed, Ankara did not make an official appointment. This could be a tough knot to untangle.

The accreditation issue adds another problem to the already troubled Turkey-Israel relationship. As Turkey’s consul general in Jerusalem is accredited with the Israeli Foreign Ministry, it will be up to the next Israeli government to decide how to respond to Turkey’s action. Things may very well escalate, perhaps resulting in Israel requesting the removal of Turkey’s consul general from Jerusalem.