A chlorine factory is at the core of the Syrian government's call for an investigation into chemical-weapons use near Aleppo, reports Nasser Chararah. 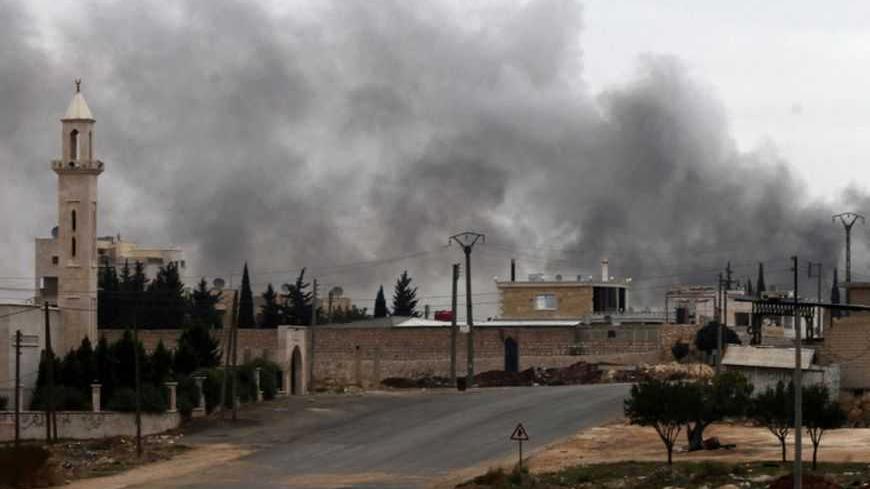 UN Secretary General Ban Ki-Moon has called for an investigation, at the request of the Syrian government, into the possible use of chemical weapons in the village of Khan Al-Assal near Aleppo on March 19.

A high-ranking Syrian source disclosed to Al-Monitor that at the beginning of last year, the Syrian authorities reported to the UN and the international observer team — working at the time as part of joint international envoy Kofi Annan’s mission — that the armed opposition had seized the only factory in Syria for bottling chlorine gas, which was publicly reported to have taken place in August of last year. The factory is 40 km [about 25 miles] east of Aleppo on the highway to Raqqa near the Euphrates River and contains huge gas cylinders that weigh around 100 kilograms [220 pounds] each. When used for military purposes, one cylinder is enough to annihilate an entire town of 25,000 people.

It is worth noting that chlorine gas is heavier than air, and was used during World War I to massacre soldiers hiding in trenches. This was known at the time as gas warfare.

According to the source, this factory was jointly managed by the Syrian private sector and the government to carry out various sterilization processes. Before establishing this factory, the Syrian authorities used to buy chlorine gas from abroad due to its cheap price. However, Syria’s needs in this regard pushed the government to establish a central factory that supplied all of Syrian regions with the material, which is used for cleansing and purifying water, among other vital and pertinent civil uses.

The source noted that, at the time, the Syrian authorities notified the UN and Annan’s observer team that if the opposition took control of the factory they could use chlorine gas for military purposes, through filling small, makeshift cylinders with the gas.

After a team of international observers went to inspect the factory, negotiations were held to make arrangements to destroy its contents. At the time, the Syrian government suggested the establishment of a committee made up of observers, government figures and armed men to supervise the destruction. Opposition militants, however, refused the proposal, which pushed the international observer committee to propose an alternative.

In this regard, the committee pledged to close down the factory and declare it a forbidden zone, which all parties would be forbidden from entering. According to the same source, the Syrian authorities accepted the solution but maintained reservations, since they believed it to be an insufficient solution to prevent the opposition from using liquid chlorine for military ends.

The source would not disclose whether recent accusations leveled against the opposition of using chemical weapons indeed involved chlorine. The source added that the government will present material evidence to the international investigation committee.