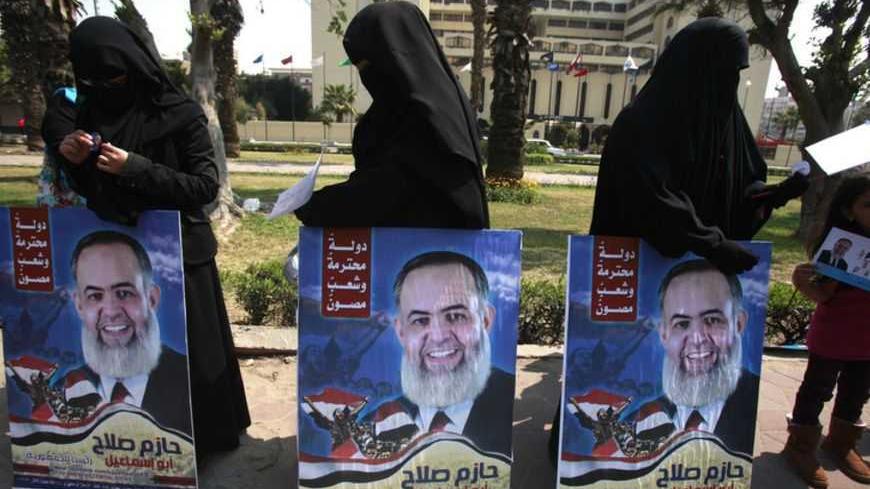 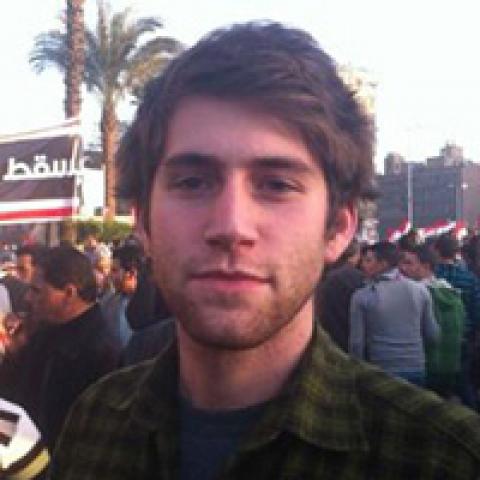 Ahead of parliamentary elections, Egyptian political Islam is in a state of flux. As the strongest alliance between President Mohammed Morsi’s Freedom and Justice Party and its ultraconservative enabler, the Nour Party, wears thin, new parties headed by a firebrand cleric and a politically-savvy Salafist have entered the fray. Meanwhile, the brand of political Islam has lost its allure in the eyes of many Egyptians, but they are left with little alternative as secular parties have decided to sit out the elections.

At a news conference last month, the Environmental Affairs Minister gave a tearful goodbye as he resigned from the government. “Now I’m very happy,” Khaled Alam Eddin said, “not with these words, but because I’ve left this situation.”

As Alam Eddin resigned alongside his colleague Bassam al-Zarqa, one of the president’s advisors, it laid bare the disagreements that many long suspected existed between Morsi’s presidency and Nour, the ultraconservative party of Islamists to which Alam Eddin and Zarqa belong.

While many experts are not surprised by the breakdown in relations between the two groups, it was nonetheless shocking given that the Nour party had facilitated the Brotherhood to push through a constitution in the absence of consensus from other pillars of Egyptian society at the end of last year.

Alam Eddin resigned in protest of what he said was unfair treatment by the presidency, which had accused him of abusing his position, a statement that was later retracted. Nour officials alleged the accusations were due to party criticism that Morsi was seizing too many state powers.

When contacted by Al-Monitor, Alam Eddin declined to comment on the controversy surrounding his resignation.

The party’s problems with the presidency were not the only ones facing the ruling Islamist coalition. Economic and political stagnation has hit at popular support among citizens for both Freedom and Justice and Nour, its most valuable governing partner. And, new Salafi political parties, such as Watan, which was formed by Nour’s former president, Emad Abdel Ghafour, and Raya, the standard bearer for firebrand preacher Hazem Abu Ismail, could redraw the Islamist spectrum of power after elections that will begin at the end of next month.

Watan seeks to take advantage of both the popular discontent and the opportunity to broker between the two Islamist heavyweights, says Ahmed Mahran, a party spokesperson.

“When the Freedom and Justice Party lost its important alliance with the Nour Party, a large space opened between them. Watan tries to bridge this gap,” he says. “Subsequently, it tries to regain the trust of the people in the Islamic movement through this new party, these new ideas.”

The party’s new ideas, he says, are an emphasis on practical governing experience, local networks, and a move away from what he says is a lack of debate within the Nour Party and Brotherhood, especially with the National Salvation Front, an umbrella group of secular parties declaring that they will sit out these elections.

This message may resonate with Egyptians, but Mahran concedes that the lack of party resources and organization is still “big problem,” and that the party depends on its members’ for personnel and funding. The head of the Muslim Brotherhood’s political office, Hossam Taggeddin, agrees.

Nour and Freedom and Justice are the only parties that have the organizational assets required by an electoral campaign, DC-based researcher Mokhtar Awad says. “Nour or the Brotherhood have to carry the weight when it comes to getting people for sure at the polls, and making sure they vote for the right guy,” he argues. “There are not that many mature groups other than the Nour Party or the Brotherhood to rely on.”

The new and smaller Islamist parties do have their own skill sets, although disparate and none currently have joined under the a single alliance. The Islamic Group has its own network of sheiks and a powerful presence in southern Egypt. Similarly, the Asala and Fadila parties have televangelists with their own strong local support groups in Cairo. Raya, Abu Ismail’s party, commands significant street presence, and was able to amass supporters before the preacher was disqualified for running for the presidency and during demonstrations in the winter of 2012 calling for a more complete version of Islamic law in the constitution .

Abu Ismail, or Sheik Hazem as he is popularly known, is being seriously courted for his large group of zealous followers. “With Hazem they can rely on his charisma, to overcome the logic of having networks you need to rely on,” says Stephane Lacroix, a professor of political science at Sciences Po, the Paris Institute of Political Studies. “With Hazem you don’t need the networks, people will vote for him because he’s Hazem.”

The pursuit of an alliance with Abu Ismail is likely a failing venture though, says Hany Hafez, the coordinator of Abu Ismail’s disqualified presidential campaign. “I don’t think it will happen considering Hazem’s way of thinking. He likes to be alone, to be independent and have his own freedom of action,” he says. During the presidential campaign, Abu Ismail took personal interests in small decisions such as the colors chosen for his election posters, which became ubiquitous to the point of turning into an internet meme.

Zarqa, the Nour official that resigned alongside Alam Eddin, said he expected there to be at least three Islamist coalitions. He suspects the Brotherhood will run its own list, with possible coalition partners, competing with a grouping of smaller Islamic parties, and another list led by his party. He said Nour does not have electoral partners as of yet, but the door was still open to ally with “independent Islamic personalities,” or other parties with the exception of the Brotherhood and Abu Ismail.

These coalitions will likely be the largest contenders ahead of the elections. Even if liberal groups decide to participate, confidence in the political process is at a low since Egyptians first voted freely in March 2011. Low turnout would likely benefit the Brotherhood and Nour, who are able to mobilize their large base more than other parties. Zarqa believes that at least some secular factions would abandon the call for boycott by the National Salvation Front, which has become notorious for indecisiveness. Hafez echoed that sentiment, saying that the support he alleges the US and Israel give the front is misplaced and doomed.

“They are a group of losers,” he says. “They don’t understand, they think it isn’t our era. It is.”

Jahd Khalil is a Cairo-based journalist.