Will Israel Warm Up To Moderate Islamists?

Mustafa Akyol argues that its recent apology to Turkey shows Israel can find a way toward peace with Islamists. 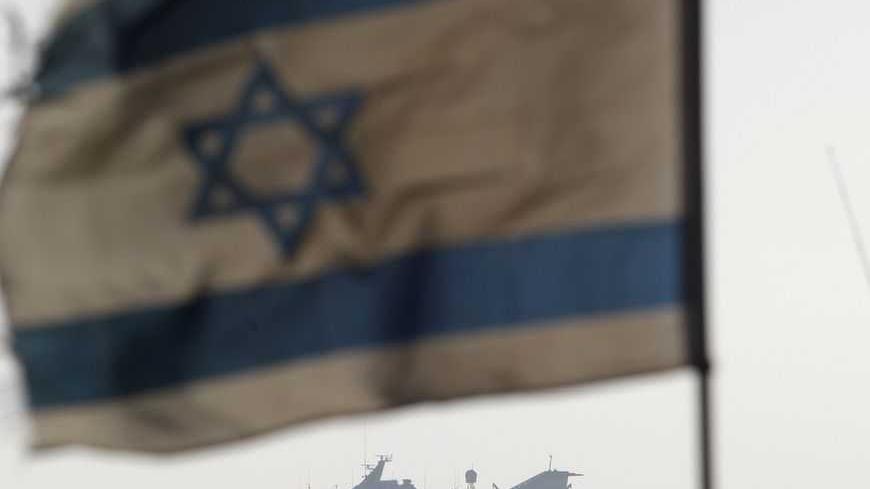 An Israeli flag flutters in the wind as a naval vessel (not seen) escorts the Mavi Marmara, a Gaza-bound ship that was raided by Israeli marines, to the Ashdod port, May 31, 2010. - REUTERS/Amir Cohen

When Israeli Prime Minister Benjamin Netanyahu called his Turkish counterpart Recep Tayyip Erdogan on March 22 to offer an apology for the killing of nine civilian Turks on the Gaza Flotilla of 2010, he certainly took an unexpected step. Because many observers, both in Israel and Turkey, were long convinced that as long as these two leaders stayed in power, no reconciliation would ever come.

Personally speaking, I clearly observed the Israeli side of this skepticism among the dozens of Israeli statesmen, academics or journalists I have talked to in the past three years. Many of them looked convinced that Erdoğan and his Justice and Development Party (AKP) were too “Islamist” to be friendly or even pragmatic towards Israel. Even if Israel offered an apology for the deaths of Turkish civillians, a former Israeli diplomat once explained to me, he and his colleagues do not believe that Turkey would restore good relations with the Jewish state because of “the AKP ideology.” This ideology, he seemed to believe, necessitates that Israel, sooner or later, must the wiped out and the whole historical Palestine should be restored to Muslim rule.

The more I conversed with Israelis, in meetings in the West or Israel, the more I noticed the strength of this deep-seated suspicion towards  Islamism. Many seemed convinced that this is a much less flexible and adaptable ideology than Israel's older foes — such as Arab nationalism and "anti-colonial" communism — and thus the Jewish state had to stand firmly against it.

This categorical alarmism about Islamism is probably also the main reason why many Israelis see the Arab Revolutions — in Tunisia, Egypt, Libya, and hopefully Syria — in a more negative light than the proponents of democracy in the Middle East. These revolutions are replacing secular dictatorships with elected Islamists, and many Israelis, who might be sympathetic to democratization in principle, seem to prefer the old order masters out of distaste with the new winners.

However, if this is the Israeli vision for the Middle East, then Israel is in trouble. Because the regional tide towards democratization, which inevitably includes some dose of Islamization, seems irreversible. In Turkey, for example, the age of the ultrasecular generals and their quasi-military rule, is finished for good, and the AKP represents not a temporary anomaly but the new normal. Neither the Muslim Brotherhood in Egypt is likely to become an oppressed opposition group again, as it was during the decades of Nasser, Sadat, and Mubarak. We are at the dawn of a new moment in the Muslim Middle East, and it is the Islamists' moment more than anybody else.

In the face of this new reality, Israel can take two different paths. It can either long for the past and fear for the future, flexing its muscles and deepening its isolation. Or, it can try to engage with the new actors of the Middle East, starting with the more moderate ones.

I would certainly prefer to see the latter, and that is why I was happy with the reconciliation Israel initiated with Turkey via Netanyahu's apology to Erdoğan. Erdoğan's AKP is the most liberal, pragmatic, and relatively secular one among all Islamist parties in the Middle East — hence it even refuses the term "Islamist" and insists in calling itself "conservative." That is why the AKP can be a pivotal link that can establish more dialogue and ultimately moderation between Israel and other Islamists, including militant ones such as Hamas. (No wonder Hamas' recent shift from the Iranian axis to Qatari/Turkish one coincides with a relative moderation in the organization's rhetoric and action.)

Among Islamists, a milder attitude towards Israel would be pushed mainly by pragmatism — or the realization that Israel is a fact of life and it is safer to learn to live with it. Yet on the basis of doctrine as well, there are not as many obstacles as it is sometimes believed to exist. Arguably, the destruction of Israel is a cause driven by Palestinian nationalism rather than Islam, although the former force sometimes uses an Islamic language, as seen in the Hamas charter. From a purely Islamic point of view, the key issue in Israel/Palestine is the safety, dignity and liberty of the Al-Aqsa Mosque in Eastern Jerusalem, and these objectives can well be guaranteed in a fair two-state solution.

Mustafa Akyol is a contributing writer for Al-Monitor's Turkey Pulse, and a columnist for two Turkish newspapers, Hürriyet Daily News and Star. His articles have also appeared in Foreign Affairs, Newsweek, The New York Times, The Washington Post, The Wall Street Journal and The Guardian. He studied political science and history at the Boğaziçi University in Istanbul, where he still lives. His book, Islam Without Extremes: A Muslim Case for Liberty, an argument for "Muslim liberalism," was published by W.W. Norton in July 2011.