Daoud Kuttab writes that the UN report calling on Israel to vacate its settlements in the West Bank paves the way for legal action against the Jewish state at the International Criminal Court. 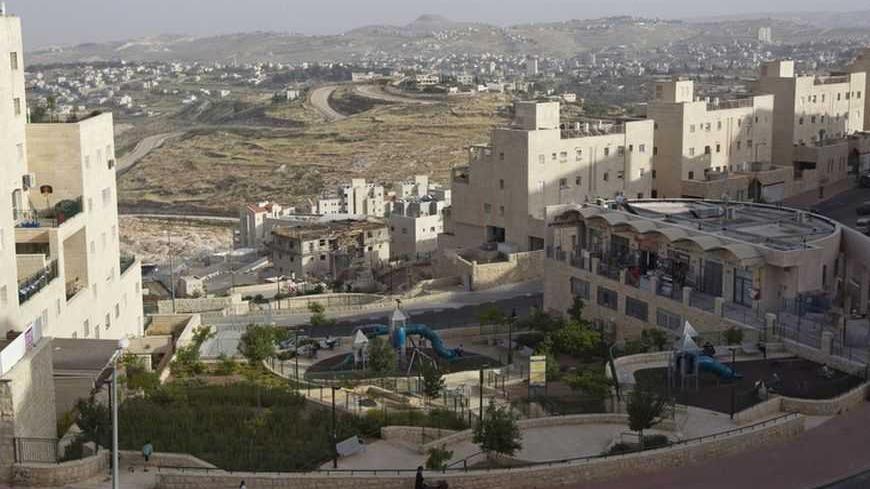 It was no coincidence that Israeli representatives boycotted the Jan. 29 meeting of the UN Human Rights Council, at which Israel's record was to be reviewed. They had been aware for months that a three-person fact-finding mission headed by French judge Christine Chanet would be extremely critical of Israel. In fact, according to press reports, the Israelis had sought, and were granted, a delay in the publication of the mission's report until after elections in Israel held Jan. 22. The report identifies Israel’s ongoing settlement activity as a serious breach of international humanitarian law and calls on Israel to withdraw all Jewish settlers from the occupied territories. One member of the mission details Israeli violations since 1967.

“The magnitude of violations relating to Israel’s policies of dispossessions, evictions, demolitions and displacements from land shows the widespread nature of these breaches of human rights. The motivation behind violence and intimidation against the Palestinians and their properties is to drive the local populations away from their lands, allowing the settlements to expand,” said Unity Dow, a commission member from Botswana.

The report, which was based on more than 50 interviews in Jordan, calls clearly and unequivocally for Israel to remove its more than half a million illegal settlers from homes that were built in the areas occupied in 1967, including East Jerusalem. The UN investigators had been forced to meet with stakeholders and experts in the Jordanian capital because of an Israeli decision not to cooperate with the inquiry delegation.

The content of the UN report is likely not new to anyone closely following the Palestinian-Israeli conflict. Transferring individuals from the country of an occupying power to occupied areas has repeatedly been acknowledged as a violation of international humanitarian law. Israel has for years tried to create legal arguments to exculpate itself for this basic violation. Israel has stated – including to its own High Court – that it does not accept the applicability of the Fourth Geneva Convention, which deems the entire settlement enterprise emphatically illegal.

In explaining its position, Israel, and a few apologists among international jurists, have tried to make the claim that the West Bank and Gaza are not occupied territories because their status before 1967 was not clear. This convoluted argument — repeated recently by an Israeli commission headed by Judge Edmond Levy — holds that these areas are not occupied because before 1967 Jordan ruled the West Bank without international recognition. Only the United Kingdom and Pakistan had recognized Jordan’s annexation of the territory to the Hashemite Kingdom of Jordan.

When Palestinians sought the advice of the International Criminal Court at The Hague regarding the construction of a wall deep inside Palestinian territory, the court issued a 14-1 decision declaring that the West Bank is indeed occupied territory, and that as such, all activities there, including the wall and settlements, are in contradiction and violation of international law.

The timing of the current inquiry has added relevance, coming as it does after the UN General Assembly's overwhelming vote in November 2012 to upgrade Palestine, within the 1967 borders, to a nonmember observer state. With this action by the world community, and with Palestine close to requesting to join the ICC, the issue is no longer a mere legal argument. Should Palestine choose, after becoming a full member, to sue Israel for violating international humanitarian law, Israel stands to be accused by the world’s court of justice of committing war crimes as a result of its settlement policies.

Hanan Ashrawi, a Palestinian legislator and official of the Palestine Liberation Organization, expressed excitement about the legal possibilities that the latest UN inquiry offers to Palestinians.

“We are extremely heartened by this principled and candid assessment of Israeli violations. This report clearly states that Israel is not just violating the Fourth Geneva Convention, but places Israel in liability to the Rome Statute under the jurisdiction of the ICC," Ashrawi stated.

When and whether the Palestinians will decide to join the ICC and take Israel to task is hard to predict. It is now clear, however, that with this report and the opportunity it provides to address Israeli violations in an international setting, those who want to end the conflict will have yet another strong negotiating tool to force the Israelis to end their 46-year-old occupation and make room for the creation of a sovereign state of Palestine.

The full report can be found here.