What Does Sierra Murder Say About Turkey? 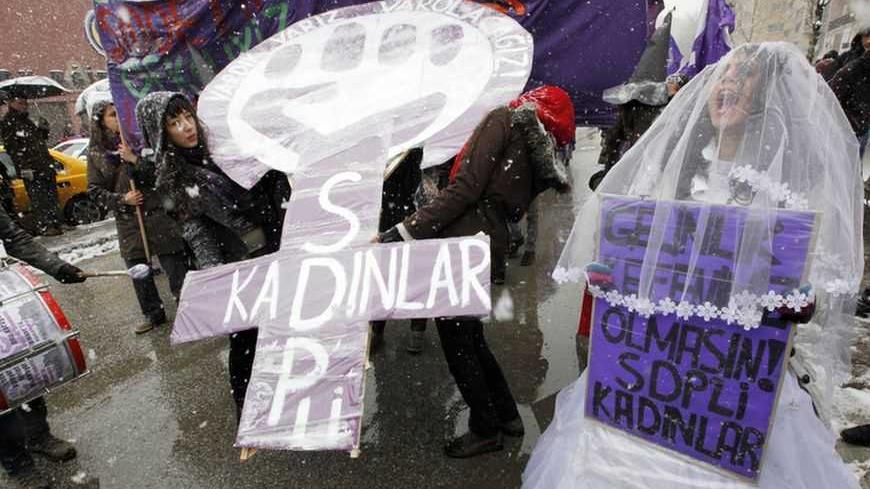 Since Sarai Sierra’s disappearance on Jan. 21 in Istanbul, some Turks in the media and on Twitter have not only blamed the 33-year-old mother from New York City for her own murder, but have also questioned what she was doing traveling alone in Istanbul. They speculated whether she was a drug courier, a trafficker or perhaps a spy.

The unfortunate death of this young woman is tragic, but the reaction by some segments of Turkish society — inward looking and in denial of the basic facts — is also regrettable. Despite Turks pride in their country, and its emerging role on the international stage, it seems not to have crossed their minds that a foreign woman might travel to Istanbul alone simply because it is one of the world’s most beautiful and historic cities. The perception that women are or should be inferior to men, and the insecurity this breeds among men when this view is challenged, serves to feed impulses that interpret events in a negative light and hurts Turkey’s image.

Members of Sierra’s family have not expressed any anger toward Turkey or the Turkish people. On the contrary, her husband and brother have voiced their appreciation for the attention given to finding her. Her mother has been the most amazing of all. “Even though I wanted to see my daughter alive, at least we have closure,” said Betzaida Jimenez. “At least they found her. There are still people waiting for their loved ones who haven’t been found.”

Rather than being horrified by Sierra’s murder, nervous Turks seemed more concerned that the American media’s focus on her case would make their country look bad. Thankfully, in contrast, this attitude also encouraged another segment of the population to try to turn the tragedy into a moment in which to help raise awareness of the challenges facing Turkish women.

Canan Gullu, the chair of the Federation of Women’s Associations in Turkey, wrote an open letter addressing Sierra: “You were born in a free country,” Gullu wrote. “You thought that this is a similar country to yours, and that you can go around and stay as you wish. But you died because of your presumption. We face violence every day. We’re being pushed around every day. Here it’s difficult to go out on the street, to attend celebrations on New Year’s Eve, or wear a skirt with a split. You just did not know about all this.”

Gullu's letter represents one, albeit in some respects hyperbolic, reaction. Many women travel to Turkey alone as tourists and nothing happens to them. That said, there is a growing problem with respect to gender equality in Turkey, and violence against women is alarmingly on the rise.

“According to the data provided by the Justice Ministry, violence against women in Turkey increased by 1,400% between 2002 and 2009,” Sevna Somuncuoglu, general coordinator at Flying Broom, a well-known and highly respected Turkish non-governmental organization working on women issues, told Al-Monitor. “Based on media reports, five women are killed on average per day in Turkey. And they are mostly victims of domestic violence.” Somuncuoglu also said that the Justice Ministry argues that this astonishing increase is due to improved recordkeeping. She and others dismiss this assertion because of the sheer size of the numbers.

Sengul Hablemitoglu, dean of social services at Ankara University, told Al-Monitor, “There is a culture of worshipping men in Turkey, and many understand that the only role for women is to grow up, get married, make babies, and be a good housewife.” She added, “If things continue moving in this direction, we will be closer to Egypt than Europe.”

Since the revolution in Egypt, many women have been abused and attacked in Tahrir Square. This has created nightmares for female journalists there. Iraq was similarly bad after the invasion, with Iraqis viewing Western women as “loose” or less “valuable” than Iraqi Muslim women. For Saudi women, the only place for them is inside the four walls of their homes, where they must obey the men of the family. If there is heightened prejudice in the West toward Muslim ways of life, such examples are likely feeding it.

In Turkey, women contribute in all aspects of life. At the same time, however, Prime Minister Recep Tayyip Erdogan is encouraging families to have at least three children, using rhetoric that could reshape Turkish society if followed. Such a practice would keep women tied to the home longer than many already are and prevent them from pursuing careers in the workforce and economic independence. “As Turkey moves from Anatolian Muslim culture to the Arab Islamic traditions, the women are the first to lose their place and status in life,” Hablemitoglu observed.

It is Erdogan’s kind of so-called religious and conservative approach to women that leads a certain segment of the society to go crazy blaming an American woman for traveling to Istanbul, leaving her husband and sons behind. They christen themselves arbiters of morality, yet their behavior signifies the ultimate irony as their speculation and accusations do the opposite of honoring life.

Many details of Sierra's murder remain unknown, including suspicions that she was raped. Horrific tragedies like hers can happen anywhere in the world, but the response of authorities in solving such crimes and the reactions of the general public help determine the tone and civility of the society. If this terrible case signifies anything, it is that Turks need to profoundly adjust their attitudes. We as a country need to stop blaming the victim and instead focus on creating a safer country for both women and men.

Hablemitoglu lamented, “Presume that this woman was a drug courier or engaged in something that is not approved of by society. Does this suggest that she deserves to die? Do people understand how terrifying such a mindset is, that if you have the right excuse, it’s not a problem to murder a woman in Turkey?”