Fahad Nazer writes that the "Saudi code" will prevent a repeat in the Kingdom of what took place in Egypt. 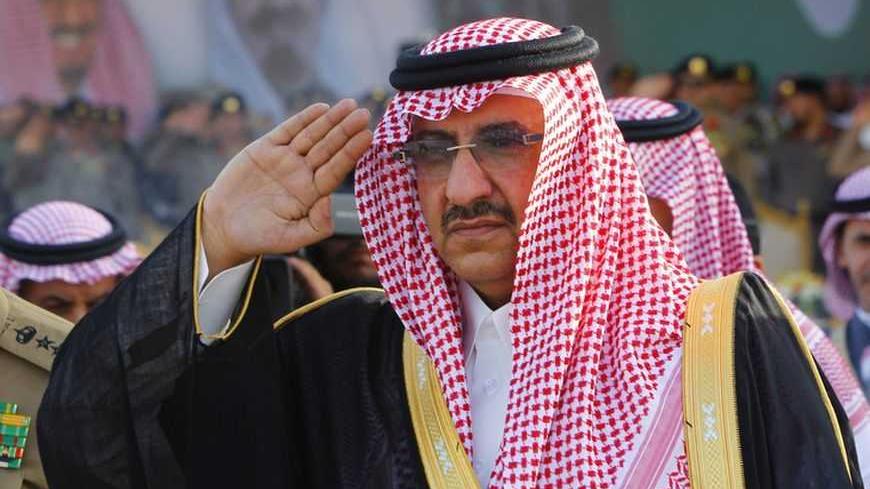 Despite the longstanding expectations of some that the Saudi regime’s days are numbered, it has survived the tumult of the “Arab Spring” relatively unscathed and is likely to endure for the foreseeable future. The unwillingness of the majority of Saudi citizens to replicate what exasperated Arabs have done elsewhere in the region stems in large measure from a combination of what some call Saudi “exceptionalism” and what I characterize as a Saudi Code. It is not fear of government reprisal, as many assume.

As a Saudi who began his career working for the government, then became loosely affiliated with two U.S.-based, Saudi-led organizations that are critical of the Saudi government, I am intimately familiar with the broad spectrum of views on the kingdom. On one end is the official narrative, which speaks of a new nation that is in the early stages of development and which has undergone many changes to meet the changing needs of its people. On the other extreme is the view which paints the Saudi regime as among the most oppressive on earth, which not only routinely violates the rights of its own citizens — especially women — but is also exporting  a militant brand of Islam across the Muslim world that has led to the proliferation of extremist groups. While the former underestimates serious challenges, the latter is a distorted caricature that fails to explain why Saudis have not joined the fray of the Arab Spring.

Saudis have paid attention to the suffering of Syrians and the travails of Egyptians, Libyans and Tunisians. While they are not satisfied with the status quo, they've also gained greater appreciation for the relative stability, prosperity and, as they see it, civility of their state.

Saudis believe that they are unlike their counterparts in the Middle East; not better, just different. That also means that they do things differently. Part of the reason behind this exceptionalism stems from the kingdom’s preeminence in the Muslim world and its global importance as the world’s top oil producer. The former has made Saudis ultra-cautious when advocating for reform. The latter has led some to develop a sense of entitlement that made them reliant on government largess.  For others, this healthy sense of self-worth has made them demand a bigger role in the political decision making process.

This privileged existence, however, is tempered by an arcane Saudi code that sets the parameters of how Saudis interact with each other, as well as with the state. Much like the rules that govern relations between members of a large family, it is understood through experiential learning.

Saudis do not see the regime as their enemy, nor do they consider their monarch to be a tyrant. They also do not view their state as inherently unjust. Recent polls conducted in the region show that Saudis are optimistic about their economic well-being and are generally “happy.”

The Saudi monarch bolsters this symbiotic narrative by characterizing himself as a “custodian” performing a divinely ordained mission. For their part, some Saudis view King Abdullah as a patriarch who has earned their trust and respect. For many, breaking this code constitutes a serious breach and borders on the sacrilegious.

The Saudi code puts a high premium on camaraderie and explains why some Saudis spare the lives of those found guilty of killing their loved ones, even though it is within their right to seek retribution. Likewise, the reprehensible lack of regard for the lives of the Syrian people that Assad’s henchmen display on a daily basis is largely absent in Saudi Arabia. The Internet is not inundated with footage depicting security personnel humiliating citizens. There are clips, however, showing royals interacting with regular Saudis, none more telling perhaps than one where a woman forcefully expresses her dismay about the damage her neighborhood  sustained following floods in Jeddah to a very deferential governor of Mecca who was in the area assessing the damage.

In the same vein, Saudi royals do not express disdain for citizens who cross red lines, the way Assad does or Gadhafi did. Their preference is always to co-opt and placate, rarely to punish.

Although minority Shiites who are concentrated in the Eastern province continue to organize intermittent protests to express their anger over what they perceive as systemic discrimination, less than 20 people have died in clashes with authorities over the past year and a half. Conservative estimates have the number of dead in Syria in the same time span at 50,000.

This is not to say that Saudi Arabia does not face the specter of the combustible combination of factors which led to the toppling of other regimes. However, the deep cynicism and despair that became a signature of life in other Arab countries is not as palpable in Saudi Arabia and that is due to how the regime has chosen to address the country's challenges.

For now, Saudis seem content to do things their way and at their own pace. Those expecting reenactments of the massive protests in Cairo’s Tahrir square in downtown Riyadh are bound to be disappointed.

Fahad Nazer is a former political analyst at the Saudi Arabian Embassy in Washington, D.C. His writing has appeared in the International Herald Tribune, Yaleglobal Online, The Daily Star (Lebanon), The Khaleej Times, The Pakistan Observer, and Outlook India, among others. His writing was also included in The Kingdom: Saudi Arabia and the Challenge of the 21st Century, Mark Huband and Joshua Craze, eds.