Freedom of Expression Takes Another Hit in Lebanon

Jean Aziz argues that freedom of expression in Lebanon is regularly restricted by the authorities for a variety of baffling reasons, despite this right being enshrined in the Lebanese constitution. 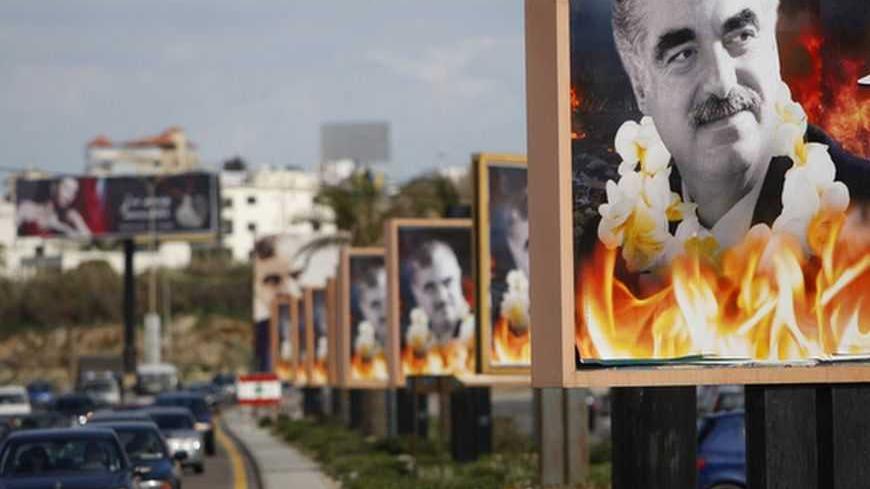 With the caricatures of the Maronite patriarch and the Saudi king that appeared in the Saudi newspaper Al-Watan and on one of Beirut’s roadways, Lebanon’s crisis with the freedom of expression has returned to the fore in a country that claims to be an oasis for freedom in the region.

For more than 20 years, the Lebanese lawmakers who crafted the 1990 constitutional amendments have boasted that its preamble explicitly confirms that the “land of the cedars” is committed to the Universal Declaration of Human Rights and that “the government shall embody these principles in all fields and areas without exception.”

Of course, this was not enough to protect any rights; soon after, Lebanon entered its 15-year phase of Syrian dominance. During that time, human rights violations were the norm in Beirut. The Lebanese government even resorted to exhuming centuries-old legal texts from the days of the Ottoman Empire which gave them the authority to arrest anyone “for acting or speaking in ways unauthorized by the government.” Despite this law’s obsolescence, it was nonetheless used to pursue and prosecute thousands of dissidents. After the Syrian army’s withdrawal from Lebanon on April 26, 2005, the Lebanese people believed that the status of human rights in their country would improve. However, government practices since have indicated the contrary.

On June 29, 2010 the Lebanese people were surprised to hear the news that the Lebanese judiciary had issued arrest warrants for three individuals for criticizing President Michel Suleiman on Facebook. Since then there has been a long series of odd, often incomprehensible violations of human rights which have regrettably extended into the artistic realms of cinema, theater, writing and journalism.

Even Lady Gaga was subject to the rigors of Lebanese censorship. On June 7, 2011 her album "Born This Way" was banned from stores in Lebanon on the baseless pretext that it “defamed Christianity.” In Lebanon, religious institutions often ask government authorities to censor that which they feel diverges from their doctrines, and the government often obliges.

Politicians in Beirut, as always, make good use of censorship. On June 21, 2011, the Beirut International Film Festival announced that government censors had revoked the license to screen the film “Green Days” by Iranian director Hana Makhmalbaf, which had been scheduled to be shown at the festival. It was clear that the film had been banned for dealing with the Iranian opposition protests that followed the 2009 presidential elections. The ban extended to other Iranian “opposition” films in October of the same year, including Nader Davoodi’s “Red, White and Green,” which focuses on the 2009 protests; Ibrahim Saidi’s “Mandoo” and Babak Amini’s “I Wish Someone Were Waiting for Me Somewhere.”

What is more, Steven Spielberg’s name was stricken from the posters of his films in some Lebanese cinemas because he was the director of “Schindler’s List.” Occasionally, censorship is based on intellectual or moral grounds, as was the case when the Lebanese film entitled “Beirut at Night” was banned in December 2011 for “threatening the civil peace in Lebanon,” merely because it mentioned the assassination of former Lebanese Prime Minister Rafik Hariri in passing. Even criticism of former Egyptian President Hosni Mubarak was enough to ban a play directed by Ahmed Attar in February 2012 in Beirut, a year after Mubarak was toppled in Cairo.

Some of the more curious violations of freedom of expression in Lebanon include the arrest and prosecution of painter Simon Khawam in April 2012 for attempting to paint a graffiti mural about the war in Lebanon. In April of the same year, the Palace of Justice in Beirut had another date with the bizarre, when two Lebanese actors, Edmond Haddad and Rawya el Chab, stood trial for “disrupting public morality.” The actors had performed a comedy skit at Leila Café in Beirut three years earlier, a benefit show for a charity for children with heart disease. In the skit, the “defendants” acted as auctioneers, dancing on stage and interacting with the audience, which made bids to contribute to the charity. It was said that one of the actors showed a bit of his underpants!

The newest link in this chain of events began two weeks ago, when on Feb. 8, the Maronite Patriarch Bechara Boutros al-Rai visited Damascus for a religious occasion, political vitriol following in his wake due to the events unfolding in Syria. The Saudi newspaper Al-Watan published a cartoon on its website the day after the visit, showing the patriarch wearing a crown which had taken on the shape of a missile. In the caption, the lettering of his name was slightly altered so as to read “Bashar al-Rai,” alluding that his visit advanced the interests of the Syrian regime. Christians in Lebanon reacted scornfully, with at least two lawyers filing suit against the Saudi paper demanding that its circulation in Lebanon be halted.

An anonymous artist decided to respond to the Saudi newspaper’s cartoon in kind by painting a caricature that showed the king of Saudi Arabia as the king of spades, holding a sword dripping with blood. This placed Lebanon’s security, judicial and political institutions on full alert. Security forces rushed to the coastal road on Beirut’s northern outskirts to remove the anonymous artist’s caricature. The prosecutor-general of the Court of Cassation demanded that all security agencies work to uncover the painter’s identity and arrest him. Before long, the Council of Ministers had officially condemned the drawing.

This was all conducted under the legal pretense that defaming the heads of friendly states is prohibited. However, the true motivation behind these actions can be traced to the capital which flows into Lebanon in the form of remittances from more than 100,000 Lebanese working in Saudi Arabia. This capital flow gives Saudi Arabia significant leverage, which could be witnessed in the Lebanese people’s silent acceptance of these arbitrary legal measures, a silence that would have been unbroken if not for the embarrassing objection raised by a human rights organization, which issued a statement saying, “Freedom of expression as laid out in Article 19 of the Universal Declaration of Human Rights (to which Lebanon’s constitution pledges its commitment) is an inalienable right, upon which the sensitivities and beliefs of others have no bearing. It cannot be subject to any restrictions, except in cases of the incitement of hatred, harm or murder.”

It is telling that since its issuance, no Lebanese media outlet has published this organization’s short statement.