Clovis Maksoud writes that Cairo's hosting of the Hamas and Fatah leadership is a sign that Egypt takes Palestinian unity seriously, even if Palestinian leaders seem to be in no hurry. 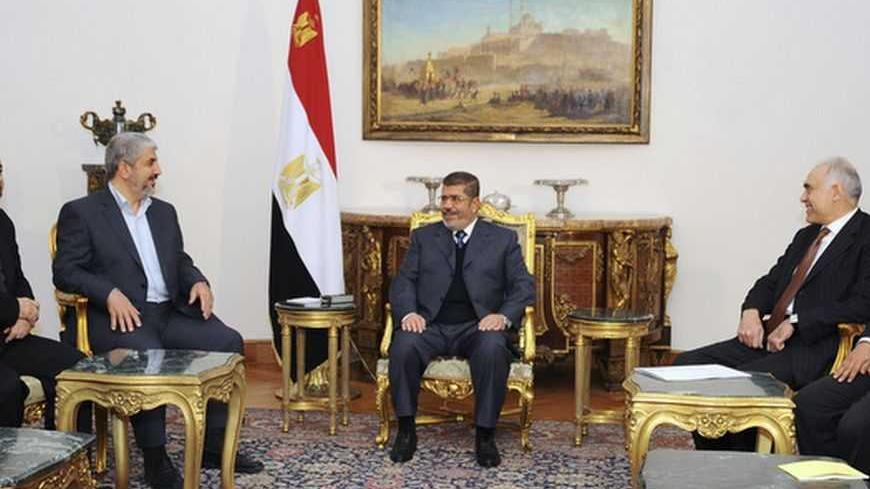 President Morsi of Egypt invited the president of the Palestinian National Authority, Mahmoud Abbas, and the chairman of the political council of Hamas, Khaled Meshaal, to Cairo. This was not a sign of the reconciliation of the two major forces of Palestine, but an expression that Egypt realizes Palestinian unity should be restored, enhanced and functional. The fact that this is not being realized by the leadership of these two groups and has been delayed up until now indicates a certain preference on the part of the leadership of both the West Bank and Gaza to remain in the present status quo, giving only lip service to the objective of unity.

In light of what Israel is doing — in expanding settlements, creeping annexation of North Jerusalem and indifference to the pain of Palestinian disfranchisement — Palestine requires a leadership aware of its historical responsibility at this moment, to be a catalyst which can organize and articulate the national unity of the Palestinian people. This seems to me an imperative before repeating the promise that they are still seeking to reconcile. Neither Palestinians, nor the Arabs nor international legitimacy can remain oblivious to what is apparently a priority of national unity.