Nervana Mahmoud writes that Egypt’s economy today recalls the worst days of the 1970s, and that President Morsi’s priority will be to appease the Islamists on the right and prevent a food riot. 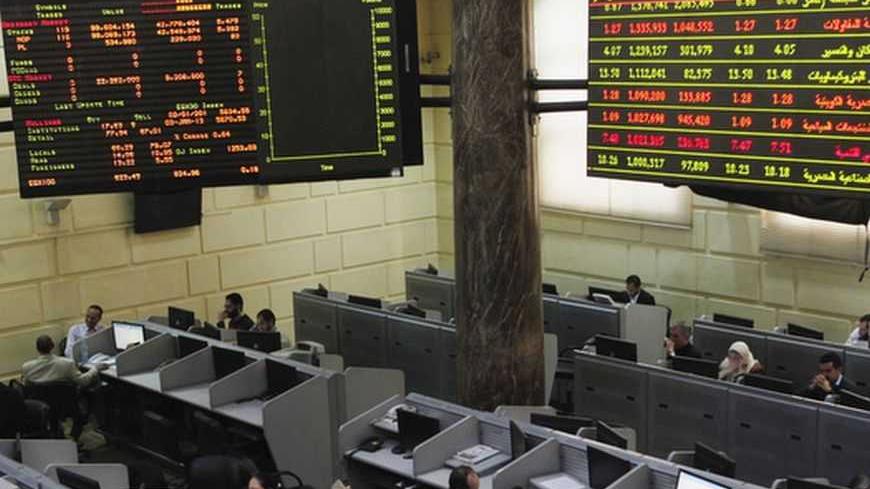 In the midst of a regular monthly journey that I always dreaded, I stood in the long queue with my mother to collect our share of subsidized basic food items. All were of poor quality and badly packed, yet no complaints were accepted. Getting a pair of frozen chickens was more fortuitous; one needed to develop good contacts with workers in the government-owned, less-than-“super” market. If you were lucky, they would notify you once a new stock was available. Still, the queue was unavoidable, and the crowd was always tense, each person hoping to buy before everything was sold out. That was the reality for many Egyptians during the Sadat and early Mubarak eras.

As fear for the economy grows in Egypt, a comparison to the conditions faced in the ’70s and early ’80s becomes more plausible. How far will the economy deteriorate? Can Morsi’s team save it? Every household ponders these questions while watching a devalued Egyptian pound and witnessing the hike in food prices.

During the ’70s, Sadat had limited resources due to the closure of the Suez Canal and the occupation of Sinai. The tourism industry was badly hit, and cash remittance from Egyptians working abroad was not great (at least initially). He opted to manage the economy and prevent its collapse while aborting any revolts. The release of Islamists from prison in 1971 was not just intended to undermine the pro-Nasser side, but also to appease their supporters in rural Egypt. As part of his coping strategy, he turned a blind eye to their unregistered and unregulated charity works. He also assigned certain economic privileges to army personnel and policemen to guarantee their loyalties.

It took Sadat six years to change tactics and try to liberalize the economy. In January 1977, after seeking loans from the World Bank, he had to terminate food subsidies. People revolted — around 800 died in the two-day protest — but it was easily crushed; army personnel and police stood by Sadat, who later labeled the revolt as the "Thieves’ Intifada.”

Will Egypt witness a similar event in 2013? It’s possible, but history doesn't usually repeat itself. Although the economy is currently spiraling downward, there are many stark differences between the conditions of 1977 and those of 2013.

The Islamists are already in power with anonymous sources of funding, and they have the support of rural Egypt. The Islamists' pivot toward social conservatism will shelter them from criticism for a while. Rural Egyptians, who already voted in favor of the recent constitutional referendum will blame the “corrupted seculars” for the “lack of God's blessing.” They were taught that hardship is a test from the divine to develop the patience and obedience of the faithful.

Secondly, whatever economic policies Morsi and the Muslim Brotherhood pursue, it will mostly affect the middle class — the urban communities that are already against him. Excitement about protests in this section of society has mostly dissipated and been replaced by a deep sense of despair, mainly due to divisions among the opposition. Even if some revolt, it will never be enough to turn the tide without the support of the wider rural community.

Morsi will have one task to survive: Prevent another food riot. His approach would probably be threefold: First, he will widen the influence of his Brotherhood core in sensitive position within the media, business, and security apparatus and, most importantly, secure loyalties among the army leadership — at any price. Second, he must appease the radical right; Morsi’s Brotherhood will happily watch various Salafist parties (Nour; Watan; Hazmoon) compete among themselves to determine which is the true guardian of Sharia. In the end, the Brotherhood will forge an alliance with whichever party looks likely to win many seats in the next parliamentary elections, in return for a promise of more Sharia-based legislations to be approved in the future. Third, Morsi will embrace a passive foreign policy wrapped in empty rhetoric, with which he can play a regional role that pleases — but doesn't antagonize — other players in the region, from the Gulf States to the US, in order to secure loans and other financial aid.

Morsi’s rush to secure political power has cost him a lot on the economic front. However, he doesn't have to save the economy to survive as president. He just has to manage its decline well enough to prevent an acute dip toward bankruptcy and default. That is why his buzzwords for 2013 will probably be “appeasement,” “loyalties,” and “subsidy cards.” It would not be a step forward for Egypt’s economy; neither easy nor pretty. Sadly, the real game is survival, and not “renaissance.”

Mubarak was arguably ousted not because thousands poured into Tahrir Square, but because most elements in society were united against him. If Morsi succeeds in managing a declining economy and securing loyalties, he can avoid the same fate. That is what autocrats in Iran and Sudan have been doing successfully for decades. It is not what many brave youth aspired to achieve, but it is the ugly new reality (with a retro-’70s flavor) that they have to accept if the opposition leaders continue to be divided, elitist, and disengaged from the rural regions of Egypt.