Tunisian Salafis on the Rise

Mischa Benoit-Lavelle reports from Tunis on the rise of Salafis in Tunisia and the possibility of the country becoming a terrorist training ground. 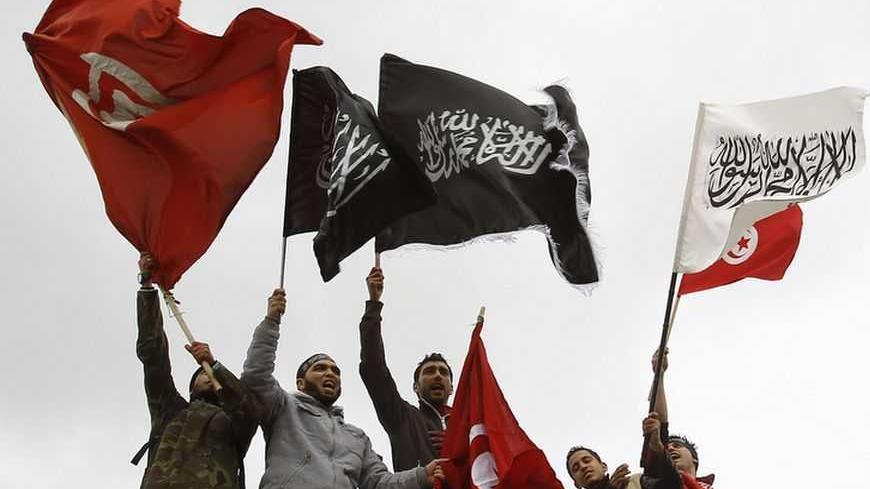 TUNIS – As information trickled out about the hostage taking at Algeria's In Amenas gas field, one fact in particular stood out for Tunisians: Among the 30-odd militants laying siege to the facility, 11 were their countrymen.

It was the latest indication that Tunisia has become a major source of jihadi combatants. In May 2012, Syria's envoys to the United Nations said that they had captured 26 fighters with “al-Qaeda sympathies,” 19 of whom were from Tunisia. While there are obvious reason to doubt information coming from Bashar al-Assad's regime, numerous Tunisians can testify to friends and family members having left to join the conflict.

The Tunisian Interior Ministry has indicated that cells of al-Qaeda in the Islamic Maghreb have been active in the country, recruiting and training volunteers and shuttling arms to other strongholds.

The same day the Signatories in Blood struck at In Amenas, Tunisian security forces were busy in the southern governorate of Medenine taking possession of a huge stockpile of arms that included RPGs and surface-to-air missiles.

At a recent conference on the reform of Tunisia's security forces, Abdessater Moussa, the president of the Tunisian League of Human Rights, estimated that the security situation was so bad in some parts of the country that officers were unable to perform their duties.

“Right now, the border with Libya is uncontrollable. You know, recently truckloads, tons of arms, were confiscated. . . . The sale of arms is not expensive at all, something which constitutes a danger for security agents, because [they] are faced with groups armed with Kalashnikovs, which use sophisticated weapons, and the security agent has nothing or just has a weapon which is [inadequate], so he's afraid; he can't enforce the law,” said Moussa.

While the possibility of Tunisia becoming a terrorist training ground has besmirched the country's reputation abroad, Tunisians at home are worried about the threat posed by religious extremists to their cultural heritage. Since the 2011 revolution, 39 Sufi shrines have been destroyed or desecrated, including 8 attacks in the last month. The shrines, called zawaya, are mausoleums built to house the remains of ancient holy men, a burial practice widespread in North Africa but considered sacrilegious by some conservative Muslims.

Into this increasingly volatile mix has entered Beji Caid Essebsi, the leader of Tunisia's largest secular coalition, Nidaa Tounes (Call of Tunisia). The organization has recently made Tunisia's Sufi heritage a symbol of the country's colorful and open-minded acceptance of religious tradition, as opposed to the more rigid interpretation of Islam common in the Gulf. At a 5,000-person rally on Jan. 26 to celebrate the joining of Essebsi's coalition with two other secularist parties, participants were greeted by a performance of hadhra, a Sufi dance and music ritual. The musicians sang the name of El-Beji, a 13th-century saint who just happens to share the name of the opposition's elderly leader.

“When you see that someone has just burned a mausoleum, that's a crime, isn't it? And at that moment the state should intervene. . . . But, actually, it doesn't intervene. Nothing. And meanwhile it isn't just one or two, it's thirty-seven. That means the state is letting it happen,” said Essebsi. The day after he spoke, another shrine was desecrated, and he did not yet know of a similar attack from the previous day.

Although Essebsi has declared that he won't be a candidate in future elections, he is nonetheless a powerful figurehead for the coalition, which seems to be gaining support as worries about security increase.

For Essebsi's detrators and supporters alike, his past government experience is important. His fans like to point out that stability improved during his tenure as interim prime minister immediately after the revolution. His detractors prefer recall that the 86-year-old was a high-ranking member of the dictatorial governments of Habib Bourguiba and Zine El Abidine Ben Ali as well.

Essebsi presents his time in government under previous regimes as a career spent working for change from within. He has been accused, however, of approving torture while interior minister and director of public security in the 1960s. A lawsuit was filed against him after the revolution, but under Tunisian law torture has a 15-year statute of limitations, thus consigning any possible abuses to history.

Since Essebsi's role in Ben Ali's government was not in security, he was most likely not involved in the repression of Ennahda, the Islamist party that long opposed Ben Ali's rule, sometimes violently, and which now governs in Tunisia's interim government. Nevertheless, Essebsi has few kind words for the party. For him, there is no clear line between Ennahda's brand of moderate Islamism and Salafism. He considers them “not very divergent,” with both wanting to take Tunisia back “to the seventh century.” He says that this resemblance is what accounts for Ennahda's laxity with regard to extremist groups.

“[Ennahda] sympathizes with this movement, . . . so it allows them to act. Even though Ennahda is now in power, and the power should use its authority to stop this violence and these violations, it doesn't do it.”

While Essebsi said that bringing back techniques like torture, arbitrary arrest, and blanket surveillance would be “unjust,” he was hard pressed to come up with other concrete measures that need to be taken, reverting when pressed to a common refrain among members of the party — the the state needs to “enforce the law.”

Meanwhile, in a suburb of Tunis not far from Essebsi's office, veteran jihadi Chokri Abdelfattah lies nursing the aftereffects of a tear-gas grenade that struck him in the face and collapsed his nasal cavity during protests in summer 2012. The 42-year-old fought in the Libya revolution as well as another war, which he refrains from mentioning, indicating only that it was against Americans.

Abdelfattah is boastful and bellicose when it comes to the current conflict in Mali, saying, “It's our duty to go to Mali. There's no doubt about that.”

“For France I'm afraid it may become a war in all of North Africa. In Tunisia, it is sure and certain,” said Abdelfattah, who went on to say that more than 300 Tunisians had already arrived in Mali and that more were heading that way “every day.”

While Abdelfattah's infirmity prevents him from taking part in the conflict at the moment, he is not alone in wishing to be there. With Tunisia's long desert border in the south, there is not a lot stopping them.

Mischa Benoit-Lavelle is an American freelance journalist based in Tunis. Before becoming a freelancer, he was a senior editor for Tunisia's first English-language news website, Tunisia Live. He is currently the English-language correspondent from Tunisia for the French news network France 24.