Hooria Mashhour, Yemen’s minister of human rights, calls for new strategies to combat terrorism and an end to drone strikes. 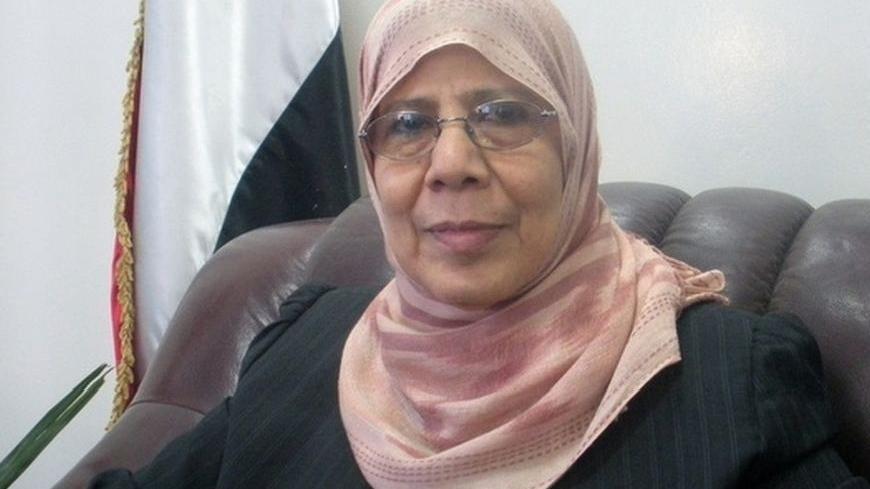 Yemen Minister of Human Rights Hooria Mashhour at her office in Sanaa, Nov. 5, 2012. Mashhour was appointed to a two-year term in December. - AL-MONITOR/Nafeesa Syeed

SANAA, Yemen — As Yemen's minister of human rights, Hooria Mashhour knows she has her work cut out for her.

International organizations continue to raise concerns about human rights violations in the country, ranging from revolutionaries being detained to schools being occupied by armed groups. Moreover, Mashhour says the country is "collapsing" on security, economic, social and political fronts, and former President Ali Abdullah Saleh and his supporters are stunting the country's transition from his 33-year rule. And yet, Mashhour says, there's no alternative but to be optimistic. In her mind, the way forward calls for innovation — finding new methods to tackle terrorism and other towering problems. In place of drone strikes, which she says leave innocent people dead, other strategies to target extremists should be explored.

A widowed mother of four, Mashhour served for years on the government's Women National Committee of Yemen and resigned in early 2011 from her post in a show of solidarity with the revolution. She's a robust woman in a small build now overseeing more than 100 employees at Yemen's Ministry of Human Rights. Since her December appointment, Mashhour has created new ministerial units on volunteering, social responsibility, transparency, anti-corruption and transitional justice. She also maintains a prolific Twitter feed on her own.

Dressed in a pink head scarf and charcoal blazer, Mashhour said in her office recently that Yemenis rose up last year because they had been denied their rights. Among her priorities has been defining a national strategy for human rights and creating an independent human rights institution, which she hopes will be in place by the end of next year. But much depends on the parliament, which under the so-called Gulf Cooperation Council (GCC) initiative signed last year required that half the seats went to opposition parties and the rest be made up of Almotamar, Saleh's party.

"Saleh and his supporters are still undermining the process of the transitional period," said Mashhour. "The ex-president and his supporters still want to tie us to the past, when we want to move ... to do the best for the current situation and to look forward for the future of Yemen. This is the main obstacle for the country."

Although the GCC initiative granted Saleh immunity, a transitional justice law to investigate alleged violations under his rule has been in the works. But it has yet to pass. Mashhour said there was resistance from some ministers and moving the law along is now up to current President Abed Rabbo Mansour Hadi. In addition, Hadi issued a presidential decree in September to establish a commission to investigate human rights violations from 2011. Mashhour says she's pressing for officials to swiftly name who will be in charge of that effort.

Some youth arrested in last year's revolt are still being held and there have been cases of enforced disappearances, Mashhour said. She's worked to release some or at least find details on their whereabouts. But she said there are nearly 28 cases in which families have no information about their missing loved ones. The human rights ministry received many complaints against government forces, namely the Republican Guard, national security, political security and central security units over detainees. After writing to these authorities, Mashhour said they denied the allegations. She's also pushed the issue in the cabinet and to Hadi.

"Right now, we still have challenges in releasing some of those detainees, because, I'll tell you frankly, the government, they don't have control on all army groups," Mashhour said. "Army groups are still controlled by Ali Abdullah Saleh's family — by his son, by his nephew — this is the problem. And the government is not strong enough to do its job."

For Mashhour, it gets personal. Saleh and his backers have given her "a real headache." She said they've attacked her in their party forums and media outlets, accusing her of "encouraging sexuality" or wanting to remove some verses in the Quran. "I never ever said that," she said. "They want to incite some extremists in the society against me...they are trying to attack me or to undermine me or to stop me. But anyway, I accepted this job and I am doing my job and I will continue." (She has some cases pending in court over such attacks, she said.)

In looking ahead, Mashhour said that as long as the state remains weak, the country must rely on the international community for help in several sectors, including on security issues. To that end, President Hadi has condoned the United States' use of drones to target terrorist operations in Yemen, a program that Mashhour notes predates the current government. But human rights activists have condemned drone attacks and Mashhour echoes some of their worries.

"I ask to change the strategies of fighting Al Qaeda. Because many times, these drones also hit innocent people,” with many children, women and men not involved in terrorism being struck, she said. "Of course, we are still committed to fight terrorism, but also we have to change our strategies. We don't need just to use the drones. Maybe this is one of the scenarios, but we will have many scenarios, and we can fight Al Qaeda effectively, much more than [with] the drones, which many times hit innocent people."

Just as terrorism has wrecked havoc abroad, Mashhour said it's devastated Yemen's development. She largely attributes poverty as one of the reasons for creating extremism, but she also said Saleh and his proponents provided some armed secessionist groups with funding and supplies.

Mashhour said officials have approved a government-wide strategy to fight terrorism, with each entity doing its part. One of her ministry's first steps will be reaching out to imams and religious leaders next month during what's billed as Yemen's first human rights conference. Workshops "will target the religious men, the religious guidance, the preachers in the mosque, because this is very important and their voice is very crucial. If we deliver messages through the mosques—this message against extremists, against terrorism—I think we will succeed to convince many people not to push their sons to this, to be involved with the extremists."

The government will also have to alleviate poverty and build up its education system to include "tolerance values" within school and university curricula to help eliminate terrorism, she said.

Mashhour, a longtime advocate of women's rights, said women are still not enjoying their full rights here. After being key actors in the revolution, she said women's political rights must be guaranteed in the new constitution to be drafted.

As one of only three female ministers in the government, Mashhour feels the weight of being a model for others but remains upbeat.

Nafeesa Syeed is a freelance writer and editor based in Washington, DC, on Twitter at @NafeesaSyeed. 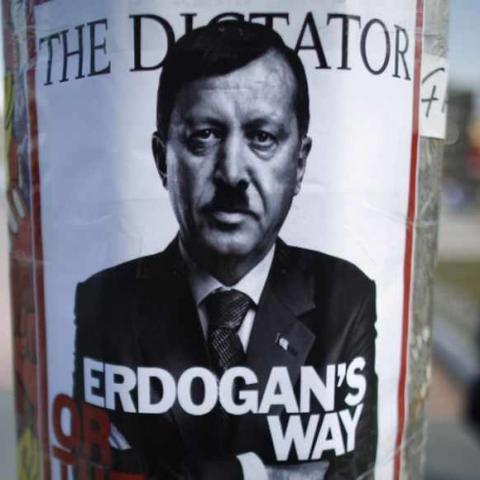 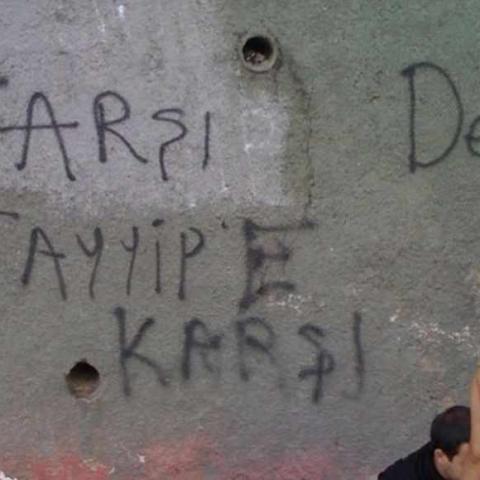 Istanbul Protesters: 'We Are Here For Our Freedom' 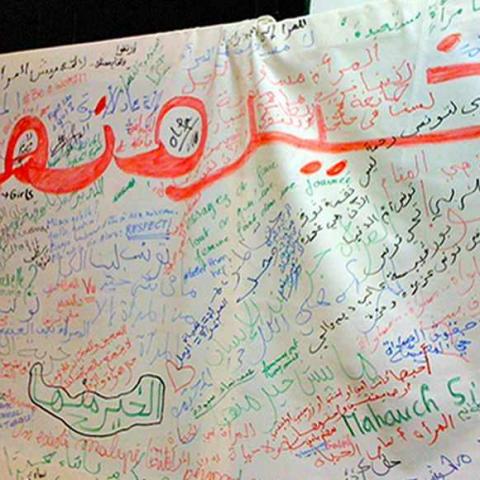