Why the Next Round of Iran Nuclear Talks Could Yield Results

Recent nuclear negotiations in Moscow between Iran and major world powers yielded little more than a follow-on meeting at the level of experts. Ali Vaez writes that the prospects of reaching a limited negotiated solution at the next round of meetings in Istanbul this week may not be as bleak as they appear. 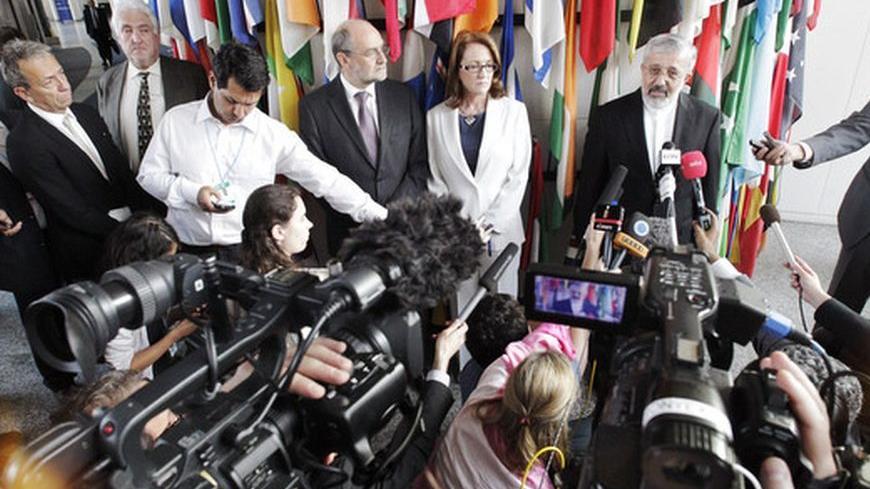 The latest round of nuclear negotiations in Moscow between Iran and major world powers yielded little more than a follow-on meeting at the level of experts. Interpretations of the outcome vary. For the hawks in Tehran and Washington, downgrading the level of talks was further proof of the futility of nuclear diplomacy. For the doves, it was another missed opportunity with ominous repercussions. Given the mismatched expectations and, at times, misguided perceptions on both sides, a breakthrough in Moscow was never really likely. Still, the prospects of reaching a limited negotiated solution may not be as bleak as they appear.

A quick review of the negotiating process between Iran and the five permanent members of the UN Security Council and Germany – the P5+1 – is instructive. This new round of nuclear diplomacy was forged in the old crucible of misapprehensions between Iran and the West. Going into the talks, both sides were persuaded that they had the upper hand. In mirror image, each party saw the other’s renewed interest in diplomacy as a sign of weakness and an attempt to avert further escalation in volatile times.

The first meeting in Istanbul focused on generalities. The next round, in Baghdad, saw the two sides formally exchange proposals – comprised mainly of opening salvos based on maximalist demands. The P5+1 put forward a three-pronged request: that Iran halt all 20 percent uranium enrichment; ship its 20 percent stockpile out of the country; and shut down bunker enrichment facility in Fordow. In return it is said to have committed not to impose new sanctions as well as offered to ease Iran’s access to aircraft spare parts, provide fuel for the Tehran Research Reactor and extend cooperation on nuclear safety. Iran judged the P5+1’s proposal “outdated, not comprehensive, and unbalanced,” and instead demanded an explicit recognition of its rights to peaceful nuclear energy under the NPT. Reportedly, the Iranian negotiators also presented a “comprehensive” five-point package covering nuclear and non-nuclear-related matters. Iran’s offer reportedly included, inter alia, increasing cooperation with the IAEA, capping enrichment to 5 per cent, participation in an international consortium for nuclear activities and cooperation on regional security issues such as the situations in Syria and Bahrain.

It was during the third meeting in Moscow that for the first time the negotiating parties engaged in substantive discussions over their proposed packages. No agreement was reached, but in retrospect the diplomatic march has followed a logical path: gradually moving from stagnation and no dialogue to a clearer understanding of the other side’s perspectives. Although the two parties remain poles apart, getting rid of chimerical expectations could be an achievement in itself. Tehran now knows that the damaging momentum of sanctions cannot be stifled with a few reversible confidence building measures. Similarly, Washington and Brussels have realized that while sanctions are taking their toll, they are unlikely to force Iran to compromise.

It appears that the decision to continue the discussion at a lower level emanates from this sense of realism. But even if it was an eleventh-hour attempt to buy time and stave off an Israeli military attack, the series of sporadic and high-level meetings had slender chance for success. Short and haphazard sittings among senior representatives left too many gaps, which were filled with posturing and political brinksmanship in the interregnum between the talks. In contrast, technical meetings can take place in a less charged atmosphere. As such, they could offer a suitable avenue for essential duologue between Iranian and American negotiators, without the fear of stirring up a political hornet's nest back home.

Make no mistake: the issue at the crux of Iran’s nuclear crisis is politics, not physics. But while common ground between the two sides on political issues is extremely narrow, if not inexistent, there is room for maneuver in the technical realm. For instance, both Iran and the P5+1 appear amenable to a compromise on curbing Tehran’s uranium enrichment activities at the 20 per cent level, which provides a shortcut to weapons-grade fissile material. Given that Iran already has produced nearly the same amount of fissile material that it sought to buy on the international market in 2009 (nearly 120kg), it should be prepared to suspend such activity and convert its entire stockpile of 20 percent uranium hexafluoride into uranium dioxide pellets, used for nuclear fuel fabrication, which is less prone to proliferation. In return, the P5+1 should be prepared to provide Iran with medical isotopes needed for the treatment of 850,000 cancer patients as well as cutting-edge nuclear fuel manufacturing technology. This deal would both provide Iran with advanced nuclear technology for its stated goal of nuclear fuel production while addressing the P5+1’s proliferation concerns.

Such a technical agreement will not resolve Iran’s nuclear standoff, but can buy time and space for the negotiators to discuss more intricate issues such as freezing installation of new centrifuges in Fordow and reversal and easing of draconian sanctions.

For the July 3 expert level meetings in Istanbul to succeed, a shift is required to transform positional to principal bargaining based on the following considerations:

- First, technical discussions should not consist of a one-off meeting. Talks should be continuous and away from the spotlight. These meetings should be followed by discussions at the level of political experts and deputies. The decade-long Gordian knot of Iran’s nuclear program requires more than a few meetings to untie.

- Second, the envoys should be mindful of the bicycle principle that you either move forward or fall down. It would be very difficult to sustain the negotiations if there were no progress, especially given domestic constraints in Tehran and Washington as well as Israel’s impatience. Small progress, even if not on the most urgent issues, is better than absolute deadlock. In fact, in the words of Henry Kissinger, the negotiators should devise techniques to keep the urgent from driving away all consideration of the important.

- Finally, with the European oil embargo and the U.S. sanctions on Iran’s central bank now effective, the July 3 meeting could be the last opportunity to stop the dangerous march toward escalation. If a limited understanding is not reached between the two sides sometime in early July, parallel escalation is to be expected from the Iranian side – whether augmenting its stock of 20 per cent enriched uranium or even enriching at higher levels. This would further fuel tensions and dim the prospects of an agreement.

Rather than more brinkmanship, both sides should embrace the technical-level negotiations this week and use it to achieve a limited agreement. Progress there, and in further technical talks could pave the way toward the more comprehensive solution that has eluded negotiators since 2003.