Barbara Slavin, citing a report by the National Intelligence Council, writes for Al-Monitor that by 2030, Iran may be perilously short of water and find it even harder to market its major export, oil, in a world with a substantial surplus of crude and more extreme weather patterns. 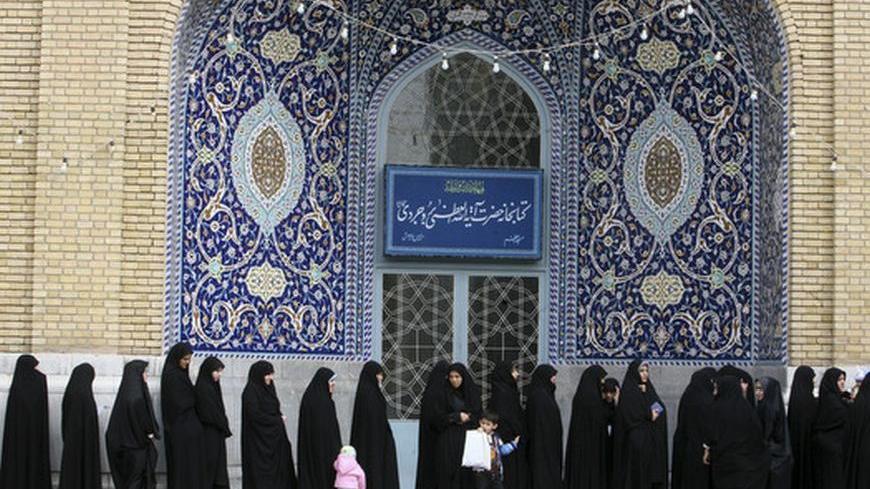 Iran by 2030 may be perilously short of water and find it even harder to market its major export, oil, in a world with a substantial surplus of crude and more extreme weather patterns, according to a new report by the National Intelligence Council.

Unveiled on Monday [Dec. 10], the report, “Global Trends 2030: Alternative Worlds,” posits a variety of scenarios and best and worst cases for the planet going forward.
The challenges for the Middle East are particularly acute. According to the report, “The world’s major belt of water stress lies across northern Africa, the Middle East, central and southern Asia and northern China.” Countries such as Iran are “heavily dependent on fossil and imported water” and could become embroiled in conflicts with neighbors over dwindling water from shared river basins, the report says.
At the same time, the world may have a surplus of oil in part as a result of new discoveries of so-called tight oil in the United States.
“A dramatic expansion of US production could … push global spare capacity to exceed 8 million barrels per day,” the report says, “at which point crude oil prices would drop, possibly sharply. Such a drop would take a heavy toll on many energy producers who are increasingly dependent on relatively high energy prices to balance their budgets."
Already, Iran is struggling to support itself in the face of draconian economic sanctions. Growing production by other countries has kept the price of oil relatively stable even as Iranian production and exports have plunged.
A major game-changer has been the discovery and exploitation of shale oil and other unconventional energy sources in the US. By some estimates, the United States will be self-sufficient in oil in a few years and an oil exporter by 2020. Meanwhile, Iraqi oil production now exceeds that of Iran for the first time in more than two decades, rising last summer above 3 million barrels a day. Iranian production has sunk to less than 3 million barrels a day and its exports have dropped precipitously from 2.5 million barrels to under 1 million since European Union members stopped signing new contracts for Iranian oil in July and tighter US sanctions on Iran’s financial sector went into effect.
The International Energy Agency, a Paris-based organization that studies world energy markets, reported recently that Iraqi oil production, which already exceeds that of Iran, will top 6 million barrels a day by 2020 and eight million barrels in 2035, making it the world’s second largest oil exporter after Saudi Arabia. Countries such as China, which had been major purchasers of Iranian crude, are turning increasingly to Iraq.
The growing economic pressures on Iran could have important political and strategic ramifications.
While it is possible that Iran will continue its pursuit of a nuclear weapons capability — a development that the National Intelligence Council said would be profoundly destabilizing – the report said that under a second scenario, “growing economic pressure from its public” could lead to a change in the Iranian regime due to “elite infighting and mass demonstrations. Under this scenario in which Tehran focused more on economic modernization, a more pro-Western, democratic Iran — and a more stable region — would emerge.”
The report, the fifth quadrennial exercise by the intelligence community’s in-house think tank, also discusses trends in the Middle East more broadly. It suggests that the region will have to become more economically diversified to make up for discovery of oil in other places and a possible collapse in oil prices. It also says that political Islam, now on the rise throughout North Africa and into Syria, will have to moderate to empower a “more entrepreneurial younger Muslim Brotherhood ‘new guard’ and others who can grow the economy” and meet the demands of young, better-informed and more socially connected populations.
A baby boom that has produced a large youth bulge in the Middle East will dissipate by 2030. At the same time, however, “an aging population by 2030 may face a health-care crisis absent a better-provisioned welfare system,” the report said.
The report did not predict a resolution of the Arab-Israeli crisis by negotiations but through an independent Palestine might emerge from a series of “unofficial independent actions … incrementally leading to statehood.” It said the possibility for Palestinian reconciliation would increase as Hamas moves away from Syria and Iran and re-orients firmly in the “Sunni Arab fold.”
The United States and Western countries more generally will not be able to dictate change in this volatile region but can take advantage of their continued relative dominance to lead the search for solutions, those associated with the report said.
“The United States has a second chance at molding the international system,” said Fred Kempe, president of the Atlantic Council, which worked with the NIC to facilitate the research for the report, “but its margin of error is smaller than after World War II.”
Mathew Burrows, the principal drafter of the NIC report, said the US could share technologies that would help the Middle East cope with declining water supplies, such as drip irrigation and other ways to reduce waste. European countries that are now aging at record rates may need to accommodate “climate refugees” from North Africa and the Middle East, he said.
Chuck Hagel, the chairman of the Atlantic Council, said it was the responsibility of Western leaders to help find solutions and to listen to the needs of the developing world.
“We need to turn our receivers on and some of our transmitters off,” Hagel said. “Great powers have the responsibility to engage and that means to listen.”
Barbara Slavin is Washington correspondent for Al-Monitor and a senior fellow at the Atlantic Council, where she focuses on Iran. On Twitter: @BarbaraSlavin1.