New Report Finds It Is Time To Upgrade US-Turkey Ties

The United States and Turkey have found themselves growing increasingly aligned amid the Arab uprisings of the past 16 months. Laura Rozen writes that a new report argues for an upgrade of US-Turkish relations, one that recognizes Turkey’s growing importance on the world scene and appreciates the complexity of Turkish democracy. 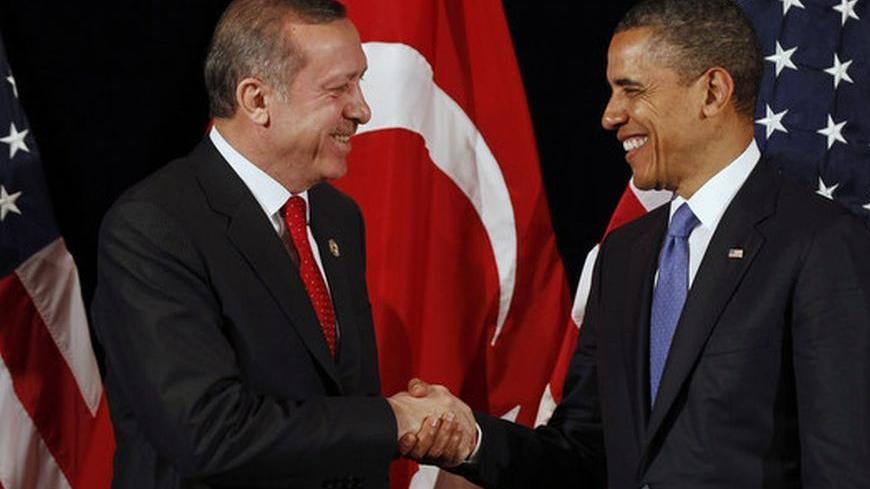 President Obama, in an interview in January 2012, named Turkey’s Recep Tayyip Erdogan among the five world leaders with whom he enjoys the most trusted and effective relations on the global scene. But close observers of US foreign policy may have noticed a growing gap between the intensity of high-level consultations between American and Turkish policymakers on issues from Iran and Syria to Afghanistan, and the Arab uprisings and lagging perceptions of Turkey on the Hill and beyond.

A new report by a task force convened by the Council on Foreign Relations aims to correct that, arguing it’s time for an upgrade of US-Turkish relations, one that recognizes Turkey’s growing importance on the world scene.

“Turkey has changed dramatically over the last ten years. It's really a new Turkey, and we need to see and think about it differently as a consequence,” says Steven Hadley, the former Bush administration national-security advisor and co-chair of the CFR Turkey task force with former Secretary of State Madeleine Albright, in an interview with CFR Tuesday [May 8, 2012]. “That means there needs to be a new relationship between the United States and Turkey.”

“What we are talking about is … making Turkey — and ultimately the trajectory of US-Turkey relations — on the same level as the Brits and the French and the Germans,” Steven Cook, a member of the Task Force and Middle East expert with CFR, told Al-Monitor in an interview Tuesday, May 8.

Turkey’s rise, however, is not without worrying developments on the Turkish home front, the report notes. Among them: “the prosecution and detention of journalists, the seemingly open-ended and at times questionable pursuit of military officers … for alleged conspiracy against the government, the apparent illiberal impulses of some Turkish leaders, the still-unresolved Kurdish issue, and the lack of progress on a new constitution.” It says, “How these issues are resolved will have a major impact on the future of Turkey and its democracy. Indeed, for all the positive political change that the Justice and Development Party (AKP) oversaw in 2003 and 2004, Turkish leaders have sometimes resorted to authoritarian measures to intimidate and curb opposition to their agenda.”

Ankara’s rapport with Washington also faced strains in 2010 over two key events: Ankara’s downgrading of diplomatic ties with Israel in the wake of the May 2010 Mavi Marmara Gaza aid-flotilla violence, and Turkey’s vote in June 2010 against UN Security Council resolution 1929 sanctioning Iran over its nuclear program. (Turkey and Brazil voted against the measure after Washington rejected a nuclear fuel-swap deal they had negotiated with Iran.)

The Obama administration deserves credit for its measured response to both matters, Cook said. “The administration was not happy about it, but they handled it in a way that it did not cause a row between us and Turkey,” he said. “They understood that if they think about the relationship, having a row right now does not serve any interest. They then spent the next year and a half bringing them along.”

The United States and Turkey have found themselves growing increasingly aligned amid the Arab uprisings of the past 16 months. Erdogan — the most admired world leader in the Arab world according to a late 2011 poll by the Brookings Institution’s Shibley Telhami — has urged new Islamist political leaders in Egypt and Tunisia to pursue secular democracies, tolerant of both Islamic and non-Islamic citizens and parties. Meantime, the mounting death toll in Syria — of almost 10,000 people, with thousands more fleeing into Turkey — has sharply hardened Erdogan’s position against former ally Bashar al-Assad.

Erdogan also won Obama’s trust by agreeing last September to host a powerful US radar as part of a NATO missile-defense shield monitoring Iran's missile activity. The decision advanced a key NATO alliance security objective, but was not without potential risk for the Turkish leader, who has insisted that intelligence form the radar not be shared with Israel.

“Apart from the NATO radar system that you just mentioned, Turkey has also played an exceptionally positive role in the Arab Spring, in keeping it on track,” Turkey’s envoy to Washington Namik Tan told me in January. “The situation needed someone coming from the Islamic tradition, with a free-market economy and democracy, with western institutions. No other country could play that role.”

The West should be careful about holding up Turkish democracy as a model for the Arab world, cautioned Denise Natali, a Middle East expert at National Defense University who served as a member of the CFR Task Force.

“It dismisses the role of ethnic nationalism, economic relations and security issues,” Natali told Al-Monitor in an interview Tuesday. What’s more, she added, “I don’t think Turkey wants it, and this could be an issue that causes future resentments or problems.”