How National Is the Lebanese Philharmonic Orchestra?

The Lebanese Philharmonic Orchestra, once consisting exclusively of Lebanese, now has 103 members, 60% of whom are foreign, mainly from Eastern Europe. Fernande van Tets reports that the dearth of Arabs is striking. 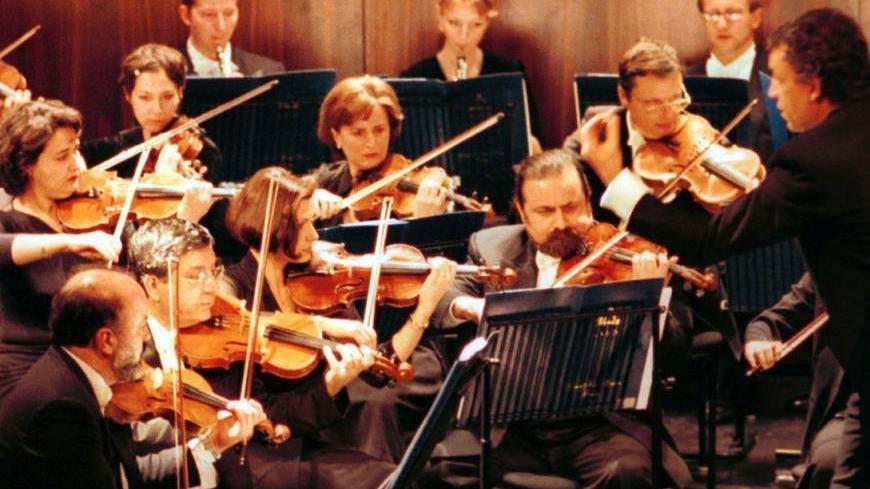 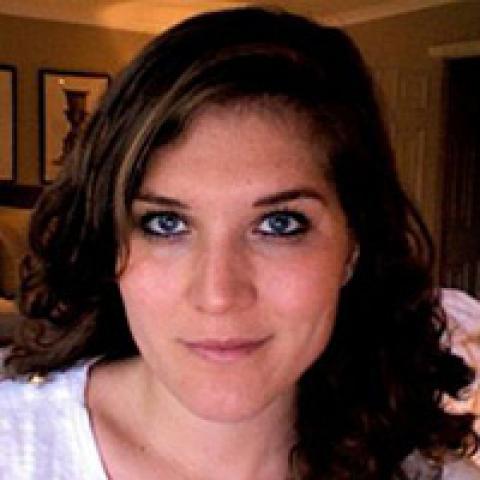 BEIRUT — It’s rare that an event in the Lebanese capital starts on time. But at  “exactly” 8:30 on Friday, as the program announced, the Lebanese Philharmonic Orchestra plays its opening notes. Some 700 people have come to sit on wooden benches in the church of St. Joseph’s University and listen to classical music. All concerts are free.

The orchestra was started by Walid Gholmieh in 1999, and by 2000 the Lebanese Symphony Orchestra was a fact. “He was a very good organizer, he managed to organize an orchestra in what is basically an organizational hellhole,” says former member Nabih Bulos. The orchestra is one of Lebanon’s only state-sponsored cultural institutions; the ministry of culture pays the salaries, while friends of the orchestra contribute for music stands, and the purchase of instruments.

Initially, the orchestra was just composed of Lebanese, but it was a chamber orchestra, comprising just 40-50 people. Gholmieh’s aspirations for a philharmonic orchestra meant expanding, and this forced the orchestra to look beyond Lebanon’s borders. The current orchestra, with 103 members, is more than 60% foreign. The majority is from Eastern Europe; a third is Romanian. What is striking is the absence of other Arabs; there are no Egyptians, or Syrians or Jordanians. Yet that is set to change; two Syrians will be joining the ranks next week, including Dana Debbous, the former concertmaster of the Syrian National Orchestra.

But what draws foreign musicians to the Lebanese orchestra?

One thing is money; a foreigner will make roughly $2,000 in salary, housing and transportation benefits, but is not allowed to engage in other activities. “I was lucky,” says 27-year-old Rudolf Krala. The bassoon player joined the orchestra two years ago. His starting salary in Lebanon was more than double what he would make back home in the Czech Republic. The downside for foreign musicians is as government employees; the government is their sponsor, they need to request permission to leave the country.

But money isn’t the only reason foreigners choose to join the orchestra. “I wanted to learn about Lebanese culture and history,” explains Raileanu, a French horn player. He came four years ago and hasn’t looked back.

The mixed composition of the orchestra has left its mark on the Lebanese players, who are paid significantly less. Salaries vary, but a Lebanese orchestra member will earn roughly $700 a month. Oboe player Etienne Kupelian wrote a passionate call for the formation of a union in a recent article in L’Agenda Culturel, stating that the inequality affects the atmosphere and incentivizes Lebanese musicians to leave the country in search of greater riches abroad. Former member Bulos says an “us versus them” mentality is rampant. “There is a simple fix for this. Just give everybody the same salary and teaching duty. In no place in the world, is there a contract difference between locals and non-locals. It’s unique a thing in third world orchestras,” he adds.

How Lebanese is the national orchestra?

Despite this friction, Lebanese musicians are proud to be a part of the orchestra. “It’s a prestigious job,” says Mounir Makhoul, who has been playing his violin with the orchestra since the very beginning. His parents enrolled him at the conservatory after the war.

Makhoul is one of the few Lebanese who completed the conservatory; many instruments do not have Lebanese players. “We have enough strings, but we have a problem, unfortunately, in the brass section. We have somebody, but [they are] not professional enough, till now, to play in the philharmonic orchestra,” says head administrator Anis Hawi, who also plays the violin. "The target for the future is to have very strong teaching classes here, and then we will have all the time very good musicians from here. It should be like this."

"It's normal for a national orchestra to want to be Lebanese, everywhere it is like this," he said.

In the effort to create more Lebanese musicians, foreign players teach as part of their contracts. But many complain that their students fail to graduate, lacking commitment and time. “Nobody has graduated, they come for a few months and learn the basics, then leave,” says one member bitterly.

Eventually, the goal is to reverse the numbers and have 70% of the orchestra be Lebanese, says Jamal Abul Hosn, a member of the orchestra’s artistic committee. “It takes time,” he says. However, foreign musicians are not teaching themselves out of a job. “The idea is not to be all Lebanese, most orchestras in the world are mixed, and it is good to have foreign influences.”

A first step towards this Lebanonisation will be the formation of a national youth orchestra in 2013. Another is educating the country about classical music, and making Lebanese aware of the orchestra’s existence. “In most places, people don’t know about it,” says Abul Hosn. The orchestra has started to perform beyond Beirut; in Zahle and Tripoli it played in packed school auditoriums.

A ship without a captain

These new policies, however, are being brought to a body in disarray. Since founding director Gholmieh died in June 2011, the orchestra is like a ship at sea without a captain. “Gholmieh was the force holding it together,” says Ondin Brezeanu, a Romanian violinist, who has been playing the violin in the orchestra since 2000. “The orchestra looks like Lebanon. No, it looks like driving in Lebanon” he says, referring to the chaotic, often life-threatening experience of navigating Lebanon’s roads.

Eighteen months after Gholmieh’s death, a new director is yet to be appointed. “It has become political, everybody wants his guy in the job. Everybody wants to be director and nobody knows anything about music,” says one member. One of stumbling blocks has been that Lebanon’s sectarian quotas also apply to the position of Conservatory Director; like Gholmieh, the next director must be Christian Orthodox, admits administrator Hawi.

In terms of the musicians, sectarian quotas, for once, do not apply. Everybody agrees that musicians are chosen on the basis of merit, though being Lebanese gives an edge over foreign musicians. A quick scan of the list of players, and the concert audience, confirms that most Lebanese are Christian, but the players are unbothered by this. “I don’t really know, we don’t talk religion. We are doing art, religion has nothing to do with it,” says horn player Raileanu.

Fernande van Tets is a journalist based in Beirut. She has written for The Economist online, as well as being featured in Dutch newspapers such as Trouw. Follow her on Twitter at @fernandevtets.