Ankara’s missteps in Iraq may cost it another valuable regional ally, writes Denise Natali for Al-Monitor. If Turkey wants to secure its borders and become a regional energy hub, it should re-think its sectarian-based foreign policy, understand the limits of soft-power politics and more clearly reaffirm its commitment to Iraqi sovereignty. 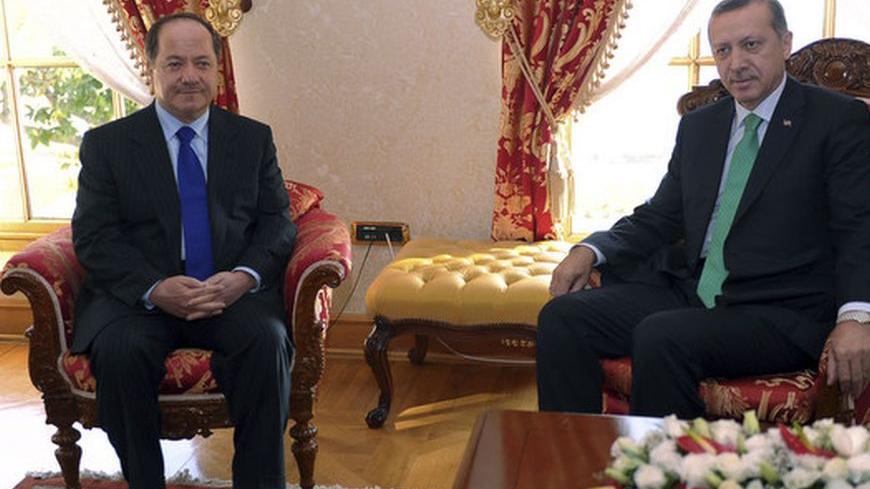 Ankara’s ongoing missteps in Iraq may cost it another valuable regional ally. Not only has Turkish Prime Minister Recep Tayyip Erdogan failed to create and lead a grand Sunni Muslim alliance that could check Iraqi Prime Minister Nouri al-Maliki’s power, but his policies have undermined essential Turkish interests in Iraq. Baghdad has recently stopped awarding commercial licenses to Turkish companies, Sunni Arabs are turning toward Maliki and the PKK continues to operate from bases in Iraqi Kurdistan. If Turkey wants to keep its borders secure and become a regional energy hub, then it may have to re-think its sectarian-based foreign policy, understand the limits of soft-power politics and more clearly reaffirm its commitment to Iraqi sovereignty.

The deterioration of Ankara-Baghdad relations is not a by-product of the so-called Arab Spring or the Syrian crisis, but a result of Erdogan’s personalized politics and miscalculation of Iraqi and Kurdish nationalism. Indeed, the Turkish premier has created useful partnerships to help secure Ankara’s stakes in Northern Iraq’s energy wealth. With Turkish backing, former rivals Atheel al-Nujaifi, the governor of Mosul Province, which is the heart of Sunni Arab Iraqi nationalism, and Massoud Barzani, president of the Kurdistan Regional Government (KRG) are now discussing ways to cooperate on oil contracts, including the ExxonMobil deal. Erdogan’s Barzani alliance also has helped create a productive Iraqi Kurdish client state and a direct outlet for Turkish oil and gas imports.

Still, Erdogan has overestimated the influence of Turkish soft power and Sunni Islamic identities in Iraq. Rather than form a cohesive Sunni Arab-Kurdish bloc that could advance Turkish interests beyond Erbil, anti-Maliki factions in the government have seen their influence decline. Ayad Allawi and his Iraqiyya collegues have become almost irrelevant to Iraqi politics, while Nujaifi has seen his support base weaken. Nor has the KRG gained greater leverage from fellow Sunni Muslims in Baghdad; after seven years, it still unable to pass a national hydrocarbons law and fully pay its oil companies.

Ankara may have no real interest in a fragmented Iraq, but its Iraqi Kurdish ally does. And as the KRG aggressively pursues its national interests in disputed lands, Turkey has become inadvertently implicated. Ankara has not helped the matter by playing off Baghdad and Erbil, feeding into Iraq’s internal power struggles and encouraging Kurdish maximalist behavior. While stating its interest in Iraqi oil imports through the official state pipeline, Turkey is also bartering Kurdish crude for its own refined products and egging on Kurdish discourse of an independent pipeline. Turkish Foreign Minister Ahmet Davatoglu’s recent unauthorized visit to Kirkuk has only reinforced suspicions by many Arab Iraqis that Ankara is working with the KRG to undermine Iraq’s territorial integrity.

The reaction on the Iraqi streets has hurt Turkey and its allies and helped Baghdad. Maliki is feeding off the brewing concern over Kurdish territorial ambitions by appealing to Iraqi Arab nationalism. He has already reversed some anti-Ba’athification laws in Mosul and other Sunni Arab strongholds, appeased key Sunni Arab tribal leaders and formed Sunni Arab military units to defend Iraqi territory. These reactions negatively impact Ankara’s interests because they further politicize the Iraqi energy sector and create additional bottlenecks to exporting Kurdish crude through Turkey — a project in which many Turkish companies are vested.

Ankara has miscalculated Iraq in another important way. It has overestimated Barzani’s influence and his ability to quell rising cross-border Kurdish nationalism. Despite five years of soft-power incentives, the KRG is still unable to control the PKK or its sister branches in Syria and Iran. In fact, Barzani may have no real interest in removing the PKK from his territory because he needs the group to leverage Turkey. Nor has Ankara won the hearts and minds of the vast majority of Iraqi Kurds, who look to Diyarbekir to reaffirm their Kurdish nationalism and tacit support for the PKK.

While continuing to rely on particular Iraqi groups as commercial and political partners, Ankara should rethink its efforts to use these alliances to leverage the Iraqi central government. Instead of engaging Sunni Arabs and Kurds against Baghdad, Turkish officials should take the lead in negotiating an agreement between them. One area of potential mutual interest is developing the northern corridor, which sources the existing Turkish-Iraqi pipeline and could provide an alternative oil-export route to the Straits of Hormuz. By working directly with Baghdad to repair the pipeline(s), Ankara can affirm its commitment to Iraqi sovereignty, influence the KRG to settle with Baghdad, help increase Iraqi oil exports and advance its own energy-hub ambitions. Moreover, this effort could send a clear signal that Turkey seeks to strengthen the Iraqi state and not undermine it.