Should Europe Classify Hezbollah As a Terrorist Group? 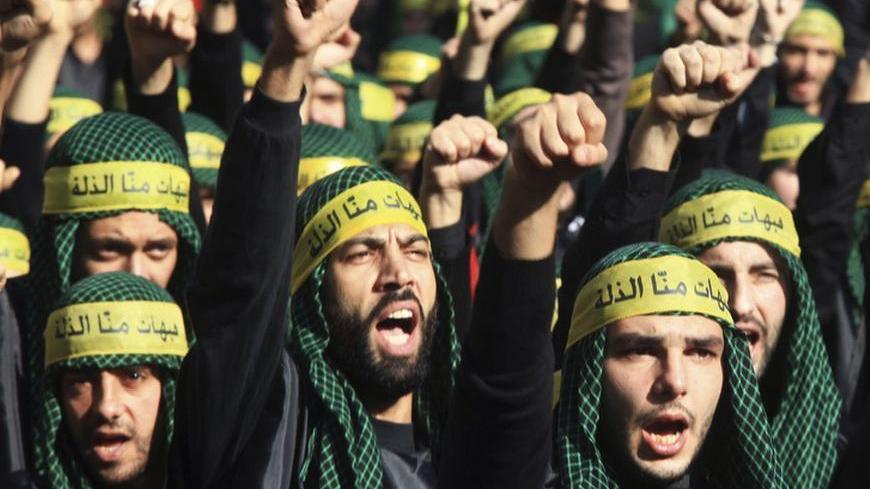 The United States is requesting from Europe the categorization of Hezbollah as a terrorist organization. Whether or not Europe supports the US in its request is a particularly sensitive issue. Most European countries have troops deployed in the United Nations Interim Force in Lebanon (UNIFIL) in the south of the country, which is a Hezbollah stronghold and the gravitational center for its popular bases. There are concerns that in the event the European Union categorizes Hezbollah as a terrorist organization, the European troops deployed will find their stay in southern Lebanon fraught with tension.

Most believe that if the decision were left to the leaders of the military units within UNIFIL, they would take a position that differs from the one now prevailing in most of the foreign ministries of EU countries. This reflects the fact that there is a fundamental difference between the political leadership engaged on the ground, and those that are formulating policy from afar. Perhaps the surprise killing of the US ambassador in Benghazi at the hands of the rebels aided their arrival to power, which reflects the disconnect between international politics and the details of the political reality in the Middle East.

While EU foreign officials appear puzzled regarding Hezbollah’s categorization, it would be worth their while to listen to the military units, intelligence and civilian personnel within UNIFIL who have been working for nearly a decade in areas under Hezbollah’s influence in southern Lebanon. They have a detailed knowledge of Hezbollah’s operations in Lebanon and of the ramifications the decision would have on European interests in the region. More importantly, they know if there is an opening to establish a dialogue with Hezbollah that might allow them to possibly end hostilities.

During recent meetings with Lebanese officials, Gen. Alberto Asarta, the commander of UNIFIL forces in southern Lebanon, described the situation in the area in southern Lebanon (the area under his operational control) as the best and most stable in the whole of the Middle East. Lebanese Parliamentary Speaker Nabih Berri, the most prominent Shiite leader in Lebanon, said that Asarta’s testimonial was a valuable message to the West. He added that Western decision-makers must closely evaluate the situation when determining their political stance towards Hezbollah.

Asarta is fully aware that achieving stability in his area of ​​operations would not be possible without two factors. First, Hezbollah’s cooperation with the UNIFIL personnel in the region who are responsible for monitoring the cessation of hostilities between Hezbollah and Israel. Second, Hezbollah’s popular base’s willingness to play the role of the host for the UNIFIL presence. Both factors were provided to UNIFIL by Hezbollah, which has made their continued stay in southern Lebanon the most successful model when compared to the experiences of other UN peacekeeping missions around the world.

In addition to Asarta’s statements, the EU must carefully examine the assessments undertaken by the security officials of both the Lebanese army and UNIFIL, regarding their on-the-ground experience in the areas stipulated in Security Council Resolution 1701. Moreover, it must take into consideration the conclusions these security officials reached regarding the peaceful nature of Hezbollah and the conduct of its popular base.

The most noteworthy finding to be considered is that throughout the duration of UNIFIL's mission in southern Lebanon over the past decade, Hezbollah’s popular base has not only been a friendly and accommodating host to the UNIFIL mission, but it has also aided it in combating terrorist cells of Islamic extremism in the region who plot against the blue-helmeted soldiers. The best evidence of this last point can be found in the establishment of the four-pronged organization dubbed, “The Partnership against Radical Islamic Terrorism,” which includes the Lebanese army, UNIFIL, Hezbollah and its popular base. It is widely understood that this organization is responsible for making the operational area of Security Council Resolution 1701, in the words of Asarta, the most stable in the region.

Whereas the dialogue between Hezbollah and the Europeans/Americans is more often than not is a state of disarray, the leaders of UNIFIL in southern Lebanon — most of whom are Europeans — have gone beyond engaging Hezbollah and its popular base in dialogue and have successfully coexisted with them. By investing in this experiment, the EU has not only built a working relationship between the European peacekeepers and Hezbollah, but rather it has created a cache of political capital which could be tapped in future dialogues between Europe and Hezbollah.

During the invasion of Iraq, Britain had previously attempted to engage Hezbollah in discussions separate from the daily talks in which both sides participated regarding the British forces deployed in Basra and the Shiite bases therein. Via their embassy in Beirut, the British had communicated to Hezbollah that they were prepared to mediate between them and Washington, in exchange for Hezbollah bringing some of their influence to bear on the Shiites of Basra so as to ease the stay of the British soldiers therein.

Remarkably, France, Germany and Italy have not emulated the British attempt to make their troops in the south safer by engaging Hezbollah in discussions. However, the leaders of their soldiers in UNIFIL made "peaceful coexistence" with Hezbollah a daily duty. If Europe builds on this initiative, it could possibly construct a political foothold for Europe with Hezbollah.

It is no secret that it is in Europe’s strategic interest to strengthen its role in implementing Resolution 1701 by undertaking creative initiatives. The reason for this is that ever since UNIFIL’s establishment in southern Lebanon, it was known as a European political presence in the Arab East. At its core, it is mainly comprised of European soldiers, and is logistically managed by France and Germany. Moreover, Italy has been playing more than an observant role in monitoring the cease-fire along the Blue Line (demarcating the border between Lebanon and Israel) and has been an integral part of making the UNIFIL presence in this region a success.

The experimental relationship between the blue-helmeted Europeans and Hezbollah succeeded in making the region the most stable in the Middle East, but if the EU defers to Washington’s demand to designate Hezbollah a terrorist organization, the progress made could be lost. The successful phase of positive coexistence between UNIFIL and Hezbollah would be sacrificed, and thus other conflicts in the region would not emulate this model despite its successes. Most of all, this action would destabilize a highly strategic region now considered the most stable in the Middle East.