Do Morsi and His Government Have Any Plan in Mind?

The Egyptian government has announced that it will impose mandatory shop-closing hours across the nation. At at least half the population angrily opposes the law, writes Bassem Sabry, including pretty much the entire political opposition. 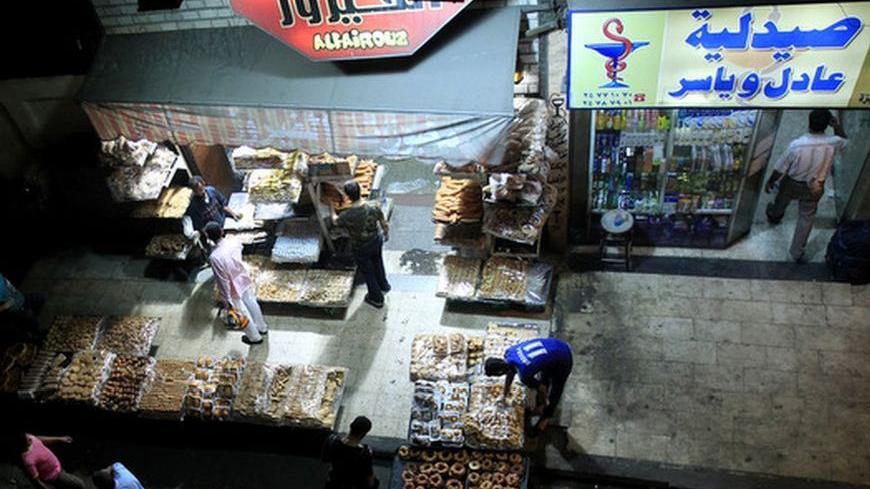 If you happen to glance at the local news in Egypt of late, one particular story has been unavoidable, serving as the nexus for much local anger and debate. No, I’m not referring to the constitution, though that debate is still going on, to be sure.

With almost no preludes, the Egyptian government surprised everyone by suddenly announcing a decision several weeks ago to shortly begin implementing mandatory shop-closing hours across the nation. The law-to-be (which could be passed instead as some form of administrative decision to avoid politically implicating President Morsi, who currently wields legislative powers) was due to close shops, cafes and restaurants between 10 p.m. and midnight, while establishments with a touristic license would get exemptions. The stated rationale was that this could save around 6 billion Egyptian pounds ($1 billion) in public spending, while cutting down on electricity consumption, as the country was still reeling from a significant power-outage problem over the summer. However, it appears at least half the population angrily opposes the law, including pretty much the entire political opposition.

There are three main sets of problems with the proposed law, all of which are symptomatic of a greater problem that I wish to highlight here. The first set of problems relate to the details of the proposed law, the alleged merits of which have been challenged across the board by politicians and experts alike. In fact, several convincing arguments have been made that this law — at least in its current form — could actually lead to higher consumption of electricity, in addition to heightened challenges in traffic and security, as well as a horrendously timed decline in tax revenues that could have been used to finance improvements in electric-power grids, production and efficiency.

The second set of problems, and the ones that cause me the greatest concern, deal with the incredibly inadequate preparation for the decision. As Egypt is a country well known to remain quite lively late into the night, and as it is going through very uncertain times, such a decision would have, as mentioned above, profound economic, social, security and other macro and micro effects. In such an environment, a government should engage in a wide and transparent public dialogue before reaching this type of decision. Through such dialogue, the government would identify problems and solicit solutions, including qualitative and quantitative analyses that would aid its decision-making. Officials could potentially run limited pilot programs on local levels and — especially if the final decision remains so profoundly transformative — only enact it through a parliament whose members are willing to take political responsibility. None of that took place in the case of this decision, however. Rather, it was foisted on the public quite suddenly, and virtually all justifications of it thus far by the government have been widely criticized as insufficient. Moreover, the proposed regulations would be adopted unilaterally — either through administrative or presidential action — rather than awaiting an elected parliament.

Comparisons with Western countries that have adopted allegedly similar laws, made by some local officials and echoed by supporters of the decision, are substantially inaccurate. Such comparisons have argued that countries like Germany and the UK use virtually identical laws and are prospering with — or because of — them. But these countries and many others have substantially liberalized their laws in this area. England and Wales, for example, now mainly have such laws focused on regulating Sunday shopping, and they provide exceptions for certain kinds of shops. Some recommend discarding these Sunday-shopping regulations entirely following their temporary suspension during the London Olympics. Moreover, Germany has relaxed its stiff 1956 Shop Closing Law and delegated the authority to regulate the matter to each of its federal states. Most of the states have either toned down or canceled their shopping restrictions for weekdays, with only weekends, or just Sundays, still subject to regulation.

The third problem is how the government seems utterly confused and uncertain right now about what to do. Its response to pressures has been a series of postponements under different pretexts amid reaffirmations that it will not back down from the law and news reports of official attempts to modify the proposal on the fly to reach compromise, all while not even coming close to winning the public debate. Instead, it’s looking more like a government that rushed to a decision, found itself politically cornered and is now trying to save face, rather than a government earnestly attempting to solve a national problem using an approach that it can demonstrate to be sufficiently studied and to have enough public backing.

The gist of the problem isn’t the shopping-hours law at all, as I mention in the introduction to this article. Rather, the problem is that much of the general governmental performance has been widely criticized for sharing many of the same flaws and uncertainty, especially on economic policy. I will give the government credit for genuinely reaching out in many cases to experts, policy men and technocrats from across the spectrum rather than solely relying on Muslim Brotherhood and Freedom and Justice Party manpower, and for being thus far substantially pragmatic rather than primarily ideological in their approach. This is undoubtedly a vital part of the requisite spirit of governance in this particular time. But the concern remains that much of the government’s effort appears to be ad-hoc and isolated initiatives that lack depth and preparation.

Even the non-transparent and protracted negotiations with the International Monetary Fund leave the public increasingly anxious and uncertain as to what the government and the IMF are offering and demanding of one another in exchange for the loan, and about the details of Egypt’s proposed economic program. This is all a stark contrast to the assured and soaring rhetoric of the “Renaissance Project” promised by Morsi and the Muslim Brotherhood during the presidential campaign. The alleged project suggested that it had a fully ready, clear and detailed vision for virtually all of Egypt’s major problems and challenges; the years-long work of “around 1000 experts” and “16 specialized consultative committees” who are said to have traveled to 50 countries to find global success stories, choosing 25 of them as pioneering examples. Until now, there is less and less proof of the existence of any real big plan of any kind.

Nevertheless, a word of honesty as someone more aligned with the opposition, this opposition has yet to offer any complete ideas and alternatives of its own. The vacuum of profound and exciting national policy initiatives and ideas, to be sure, has been one area of cross-partisan unity thus far.