Syria’s firing on refugees in Turkey this week is increasing pressure on the Turkish government to take military action before more fighting spills across the border, but that may only make a bad situation worse. So far, the Turkish government has only responded with words, as it adamantly tries to avoid getting bogged down in a crisis potentially rife with ethnic and sectarian complexities. 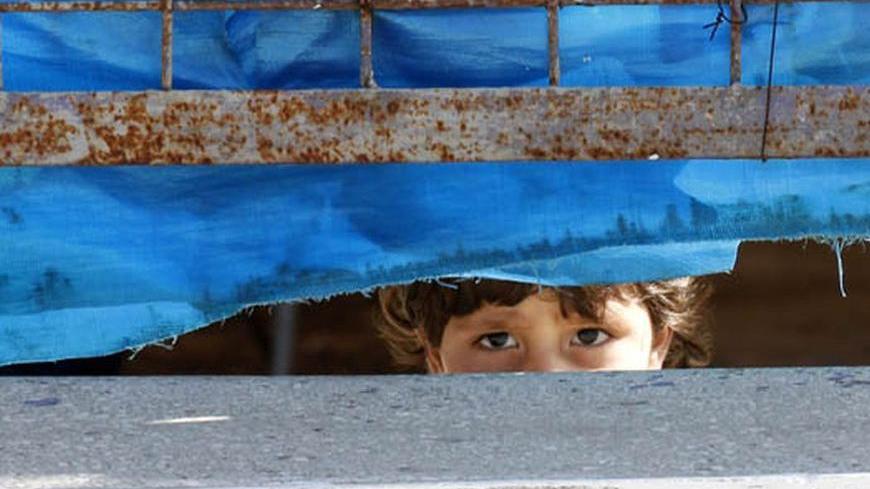 A Syrian refugee girl looks out from behind the fence at Yayladagi refugee camp in Hatay province near the Turkish-Syrian border. April 10, 2012 - REUTERS/Umit Bektas
April 11, 2012

Syria’s cross-border firing on Syrian refugees in Turkey this week is increasing pressure on the Turkish government to take military action in response, but a former Turkish foreign minister says that may only make a bad situation worse.

An United Nations deadline for the Syrian regime and its opposition to halt all violence passed with no apparent cease-fire Tuesday, as U.N. envoy Kofi Annan, visiting the Syrian refugee camps in Hatay, Turkey, tried to sound optimistic. But there seems little hope of a resolution to the Syrian mess anytime soon, even as talks of a cease-fire are rekindled.

For Turkey, the events of the past year have brought serious new burdens. Nearly 25,000 Syrian refugees are living in tents in seven camps with no sense of certainty about their future. So far, the Turkish government has spent almost $85 million caring for them.

Turkey has assured Syrians from the beginning of the crisis that the border will remain open to them. Those who have fled are being given “temporary protection,” which is legally valid for at least two years.

However, the fighting in Syria—which has killed some 10,000 people—is intruding on Turkey. Clashes within Syria are now audible in Turkish border towns. On Sunday, there were reports that Syrian helicopters had hovered above the borderline. The following day, in the most serious incident yet, eight wounded Free Syrian Army members escaped into Turkey with Syrian forces firing on them in hot pursuit. At least one person died and twenty were injured inside the refugee camp in the town of Kilis, Turkey.

The cross-border firing has increased pressure on Turkey to do more than just react with words. So far, however, that is all they have done.

In response to the shooting, Turkish Prime Minister Recep Tayyip Erdoğan called the incident “a very clear violation of the border” and vowed to “take the necessary measures.”

However, Yaşar Yakış, a former foreign minister in the AKP government’s first term, said that Syria would not take military action or try to set up a buffer zone or humanitarian corridor inside Syria without U.N. Security Council authorization. Even then, he cautioned, such actions could have negative consequences.

“As the Syrian regime nears the end, it increases the risk for everyone involved to be bogged down in it,” he told Al-Monitor. “For Turkey to send its troops outside its territories can only be possible if there is an established international legitimacy for such an act. Turkey needs a U.N Security Council resolution to do this. I don’t think Russia will ever allow it to happen. Moscow will consider such an act as a direct violation of Syrian sovereignty.”

As if to underline the former official’s remarks, Russian Foreign Minister Sergei Lavrov said Tuesday that Turkish Foreign Minister Ahmet Davutoğlu had “affirmed that Turkey will not take any unilateral steps.”

Selçuk Ünal, spokesman for the Turkish foreign ministry, said Turkey has not decided whether to establish a buffer zone inside Syria.

Yakış pointed to Erdoğan’s recent meeting with President Barack Obama in South Korea, and said “the two agreed that there won’t be any military operations but they will place stronger sanctions in place and increase the efforts of providing humanitarian aid as well as telecommunication tools to the opposition inside Syria.”

U.S. Deputy Secretary of State William J. Burns told Al-Monitor that the Obama administration would be returning to the U.N. Security Council “to fulfill its responsibility to help protect the Syrian people” but gave no indication of what sort of resolution the U.S. might seek.

Yakış noted that even the departure of Assad would not guarantee peace all over Syria.

“Turkey needs to start using a language that conveys a clear message that what we can do for Syrians is limited, because every single solution is worse than the other solutions,” he said.

“Once Assad is gone, the ones who will need the most protection will be the Alevites [Alawites],” Yakış said. “And as the Syrian Alevites are close relatives of our Nusayri Alevites in Antakya and its surroundings, they will want to benefit from Turkey’s protection guarantees.”

Yakış warned that if Alawites also began crossing the border and joining Sunnis in the camps, “they will eventually carry their infighting inside the Turkish territory.” Even now, he said, there was the possibility that “some members of the Syrian intelligence or Assad supporters [are] amongst them, too.”

Turkey has not yet asked the international community to contribute to support for the refugees. However, Davutoğlu made a 2 a.m. call to U.N. Secretary General Ban Ki Moon recently to inform him that 2,500 Syrians had crossed the border into Turkey in less than 48 hours.

While the U.N. appealed for $84 million on March 23 to help the Syrian refugees in Jordan, Lebanon, Turkey and Iraq and the U.S. has agreed to double its humanitarian assistance to Syria to $25 million but it is unclear whether some of the funds will go to assist refugees in Turkey.

Tulin Daloglu is a journalist and foreign policy analyst based in Ankara, Turkey.