Vote Shafiq: Warts and All, Mubarak Ally is Better Choice

Neither candidate in the runoff for Egypt's presidency is very appealing, writes Daniel Serwer, but only a president with some secular appeal can restore balance, even if he is an anti-revolutionary figure. Ahmed Shafiq will try to protect the remnants of the old regime, but he will also seek compromise and yield to pressure. 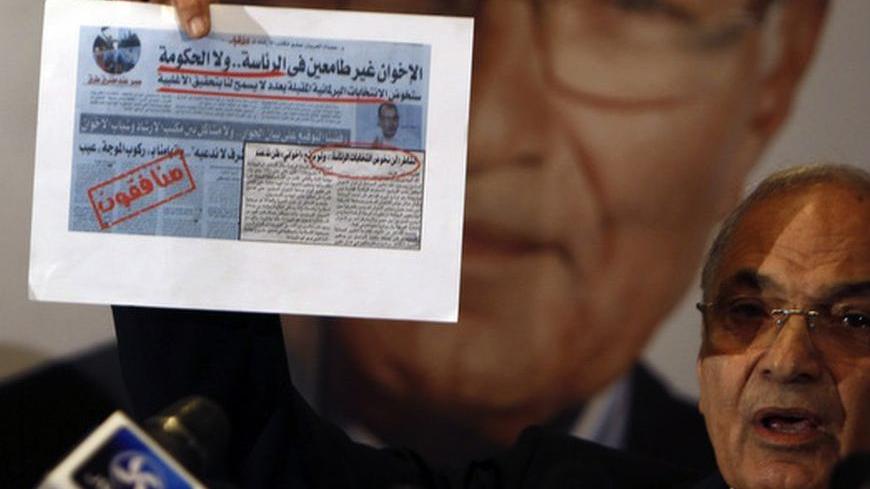 Former prime minister and current presidential candidate Ahmed Shafiq shows an old newspaper article, in which the Muslim Brotherhood said they were not interested in the presidency nor the government, during a news conference in Cairo June 3, 2012. - REUTERS/Amr Dalsh 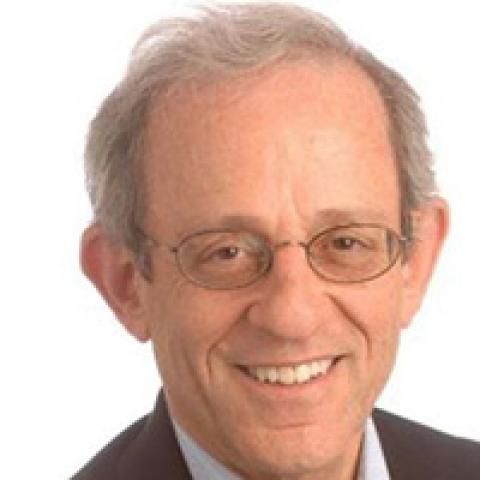 No one interested in seeing Egypt as a thriving democracy would want to vote for either of the two candidates remaining in the June 16-17 runoff. Freedom and Justice (Muslim Brotherhood) party candidate Mohamed Morsi is an uninspiring second choice, nominated when the original candidate was barred. Former Air Force General Ahmed Shafiq was President Hosni Mubarak's last prime minister. He accomplished nothing of note in that position and is certainly a remnant of the Mubarak regime overthrown by the January 2011 revolution.

The choice is unappetizing to one-third of the electorate, but the circumstances make Shafiq preferable. The Muslim Brotherhood already controls 48% of the seats in the first post-revolution Egyptian parliament. If Morsi wins the presidency, the Muslim Brotherhood will own Egypt. Its principal rivals in parliament are Salafists, who will try to steer Egypt in their more striclty Islamic direction. Only a president from the more "secular" side of politics — one with at least some appeal to non-Muslims and less religious Muslims — can restore some sense of balance, even if he is an anti-revolutionary figure.
Why is this important?
To Egyptians, it is important because the Muslim Brotherhood and the Salafists represent only a portion of the diverse electorate. At this early stage in the revolution — when the constitution that will distribute power to the president and parliament has not yet been written — it is vital that the government be broadly representative.  Shafiq is no liberal revolutionary, but he at least represents the non-Islamist strain in Egyptian politics, not to mention that "party of the couch" that wants law and order restored.
To Americans, it is important because Egypt is the largest Arab country by population and also a bellwether in the Arab world. While I would be among those most open to accepting the Islamists as a valid and responsible political force prepared to abide by democratic norms, maintaining peace and stability in the Middle East is going to be a lot harder if they dominate Egyptian politics. Cagey about what they might want as a replacement, the Islamists have been less than fully committed to the peace treaty with Israel and more than amenable to cooperation with Hamas, the Muslim Brotherhood organization that controls the Gaza Strip.
Stepping back, a Muslim Brotherhood victory in the presidential contest would also signify a major shift in the Arab world more generally. If Morsi wins, there is a strong likelihood we will see echoes of his victory in Libya, Jordan, Yemen (when it eventually gets around to holding a competitive election) and elsewhere. Syria's struggling revolution, while still predominantly non-Islamist, could turn in the Muslim Brotherhood's direction.
Does Ahmed Shafiq threaten the revolution?  Could he take Egypt back in the direction of autocracy? I suppose he could, and even would, though there is nothing in his past performance to suggest that he is clever enough to accumulate the necessary power in an Egypt with an Islamist-dominated parliament. He will try to protect the remnants of the old regime which are still very much present in the Egyptian economy, military and society. But he is also a gray and unimpressive figure, one who will seek compromise and yield to pressure.
That's what Egypt needs at the moment: someone attached to the more secular side of its politics but prepared to steer his way through the thicket of an Islamist-dominated parliament and more liberal-minded protesters. The Egyptian revolution would have done better with a more charismatic, less compromised, more principled leader like Nelson Mandela. But that is not what the tortuous path of its politics over the last year and a half has produced.
Better a divided government under Shafiq than a deeply Islamist government under Morsi.
Daniel Serwer is a professor at the Johns Hopkins School of Advanced International Studies and a scholar at the Middle East Institute. He blogs at www.peacefare.net and tweets @DanielSerwer.