The Lebanese army is on alert following rising tensions with Israeli forces at the border. 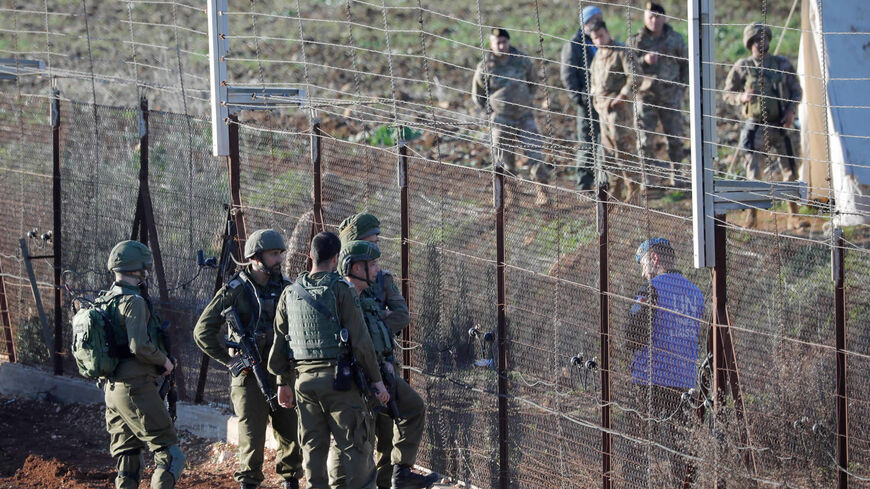 A picture taken from the northern Israeli town of Metula near the border with Lebanon shows a member of the United Nations Interim Force in Lebanon talking with Israeli soldiers through the border fence, on the outskirts of the southern village of Kfarkila, Lebanon, Jan. 19, 2023. - Jalaa Marey/AFP via Getty Images

The Lebanese army has been on alert since Sunday after Israeli forces advanced outside the technical fence located at the border between the two countries.

The bulldozers were stopped as they were carrying out excavation works near the border and approaching the Blue Line.

Know More: This is not the first incident that has been recently reported. The Lebanese army shot at an Israeli drone that crossed into Lebanese airspace in mid-January.

Tensions are prevalent between Lebanon and Israel along the Blue Line in southern Lebanon. A land boundary demarcation line instilled by the United Nations in 2000 acts like a temporary buffer zone between the two countries.

Today, it is protected by the United Nations Interim Force in Lebanon stationed in the area since 1978.

The area often witnesses cross-border skirmishes between the two sides as the Lebanese repeatedly accuse Israel of violating its airspace and territorial waters.

In October, Lebanon and Israel, through US mediation, delineated their maritime border after two years of indirect negotiations.

The two countries are still technically at war and have no diplomatic relations, prohibiting any kind of contact between Lebanese and Israeli citizens.