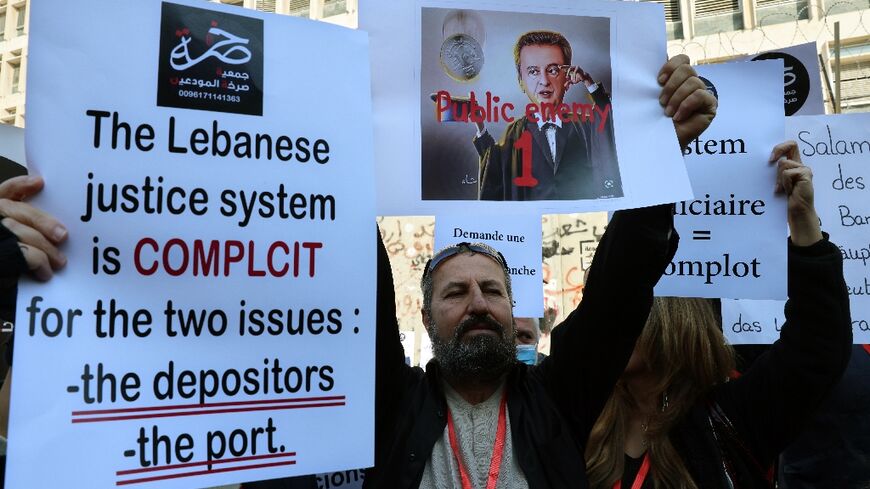 Lebanese protesters on Wednesday blocked roads and burnt tires near the central bank in Beirut as the weakened local currency plummeted to a new low against the dollar.

Since 2019, Lebanon has been in the throes of an economic crisis dubbed by the World Bank as one of the worst in recent global history, pushing much of the population into poverty.

Alaa Kharchib of the Depositors' Outcry Association that had organised the demonstration warned of an impending "social explosion".

"No one trusts our corrupt officials or the central bank governor," Kharchib told AFP.

Lebanese banks have imposed draconian restrictions on withdrawals since the country's economy collapsed three years ago, essentially cutting off people from their savings and prompting public anger.

Salameh is under an international investigation in Europe on suspicions of financial misconduct including money laundering and embezzlement. 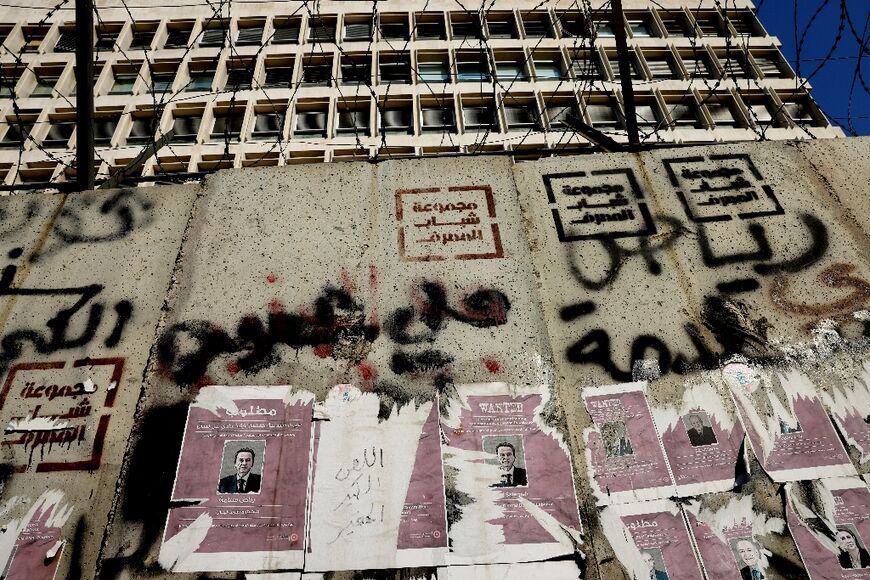 Demonstrators held up posters calling Salameh "public enemy number one" and others saying: "We won't go hungry, we'll eat you," taking a jab at the country's ruling elite, the correspondents said.

The Lebanese pound, which had already lost more than 95 percent of its value since 2019, plunged to nearly 56,000 to the US dollar on the parallel market, dealers said.

The main official exchange rate still pegs the pound at 1,507 to the greenback -- its value before the crisis.

"People are tired, hopeless and migrating," said Kareem, a 38-year-old protester who only gave his first name.

"All we want is a solution, a dollar will soon be worth 60,000 pounds yet nothing is being done," the telecoms employee told AFP.

As the local currency nosedived, fuel prices have soared, reaching about $19 for 20 litres of petrol.

Lebanon's economic woes have been exacerbated by mounting political troubles.

The country has been effectively leaderless for months, without a president and ruled by a caretaker cabinet.

Lawmakers have failed to elect a president 11 times since Michel Aoun's mandate expired last year, and politicians have yet to agree on the makeup of a new government.