Former President of Brazil Jair Bolsonaro was a strong supporter of Israel and friend of Prime Minister Benjamin Netanyahu. 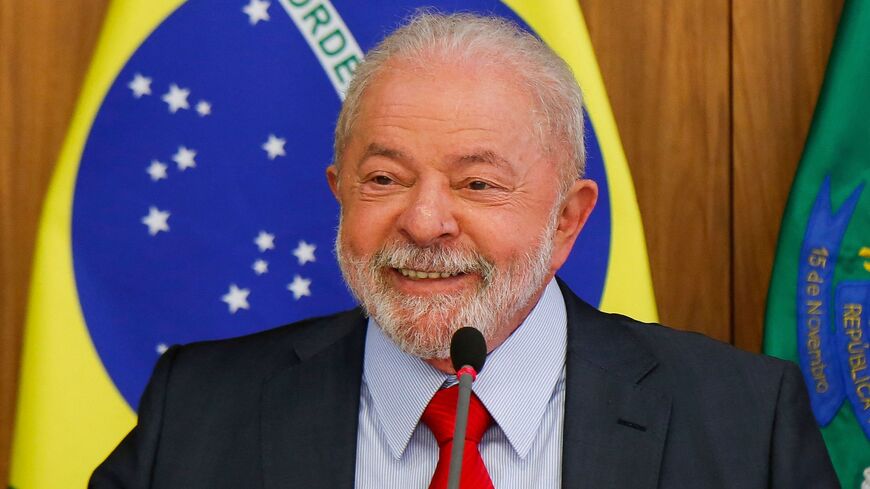 Brazil’s ambassador to Israel was dismissed on Thursday as the country's new President Luiz Inacio Lula da Silva moves the country toward a more neutral position on Israel-Palestine, and therefore on a more turbulent with the Benjamin Netanyahu government.

The Brazilian Foreign Ministry said Ambassador Gerson Menandro Garcia de Freitas has been relieved from his duties in Tel Aviv, according to a press release.

Lula was inaugurated as president on Jan. 1 after a close election last October that supporters of former President Jair Bolsonaro are still disputing. He was previously president from 2003 to 2010.

Freitas was appointed to the position by Bolsonaro.

Why it matters: Bolsonaro was a strong supporter of Israel and friendly with Prime Minister Benjamin Netanyahu. He visited Israel in 2019. During the October election, Bolsonaro’s wife Michelle voted in a T-shirt bearing the Israeli flag.

The left-leaning Lula administration, on the other hand, has indicated it will take a relatively more pro-Palestine approach to the conflict. New Foreign Minister Mauro Vieira said last week that Brazil will “return to a position of equilibrium” on the conflict. He called both Israel and Palestine “friends of Brazil” and declared support for a two-state solution, according to the Agencia de Noticias Brasil-Arabe.

Lula’s return to power has been well received by the Palestinian Authority and President Mahmoud Abbas called Lula to congratulate him, the PA’s official WAFA news agency reported.

Lula has expressed more outright support for the Palestinian cause in the past. In 2010, he visited the grave of late Palestinian leader Yasser Arafat and laid a wreath. The move angered the Israeli government at the time.

Brazil has significant geopolitical importance as a member of the BRIC alliance with Russia, India and China.

Know more: Israel has made some inroads in Latin America in recent years. Guatemala moved its embassy from Tel Aviv to Jerusalem in 2018, while Honduras did the same in 2021.

Venezuela, which has close energy and economic ties to Iran, has long been vocally supportive of the Palestinians.