Suspect charged with deadly shooting of Kurds in Paris 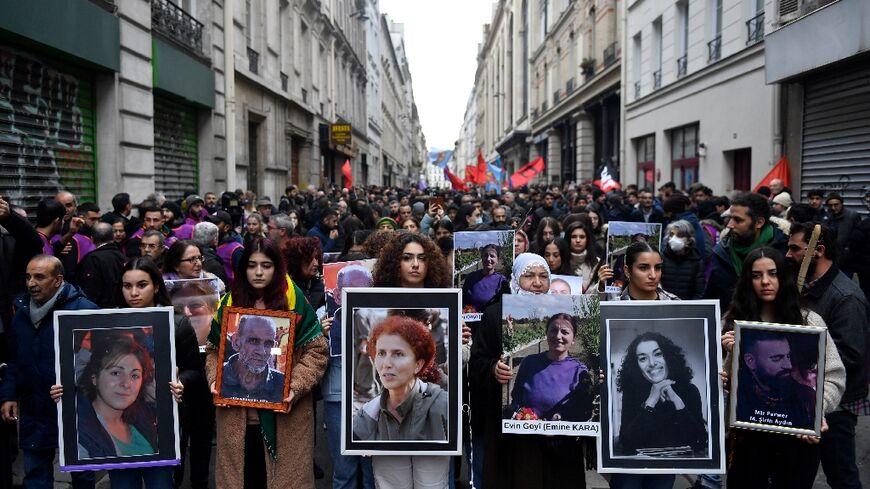 France charged a suspected gunman on Monday with last week's killing of three Kurds in Paris, as hundreds of people marched in the French capital to pay tribute to the victims.

The 69-year-old suspect had confessed to a "pathological" hatred for foreigners and spent nearly a day in a psychiatric facility before being returned to police custody on Sunday, authorities said.

The judge charged the man with murder, attempted murder because of race, ethnicity, nationality or religion as well as for the unauthorised procurement and possession of a weapon, a judicial source said.

The shooting at a Kurdish cultural centre and a nearby hairdressing salon on Friday sparked panic in the city's bustling 10th district, home to numerous shops and restaurants and a large Kurdish population.

Three others were wounded in the attack but none were in a life-threatening condition, with one out of hospital.

The violence has revived the trauma of three unresolved murders of Kurds in 2013 that many blame on Turkey.

The community has also expressed anger at the French security services, saying they had done too little to prevent the shooting.

The frustration boiled over on Saturday and furious demonstrators clashed with police in central Paris for a second day running after a tribute rally. 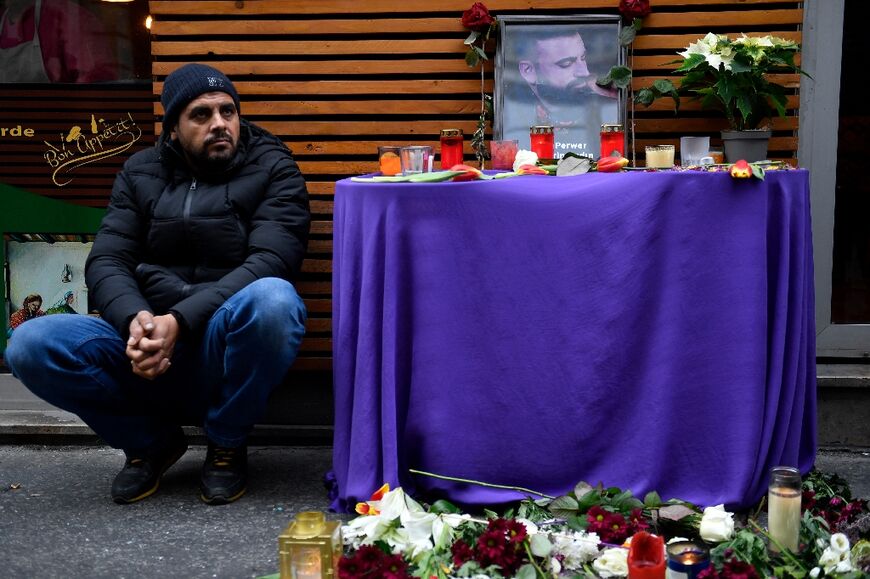 On Monday, several hundred people marched in the 10th district, chanting "our martyrs do not die" in Kurdish and demanding "truth and justice".

Small altars bearing candles, flowers and the photographs of the three victims who were fatally shot were put up on the pavement.

A procession headed to another street in the same neighbourhood where three activists from the Kurdistan Workers' Party (PKK), an organisation Turkey and its Western allies deem terrorist, were killed in January 2013.

Around 600 people also attended a tribute rally in the northwestern French city of Rennes on Monday evening, the Ille-et-Vilaine prefecture said.

There were "a lot of emotions, you could feel it in the atmosphere. For us it's more than a racist crime", Fehmi Kaplan, one of the organisers, told AFP in Rennes.

Some in the Kurdish community have raised their suspicion that Turkey was involved in Friday's shooting, but French investigators have not made any announcements to that effect. 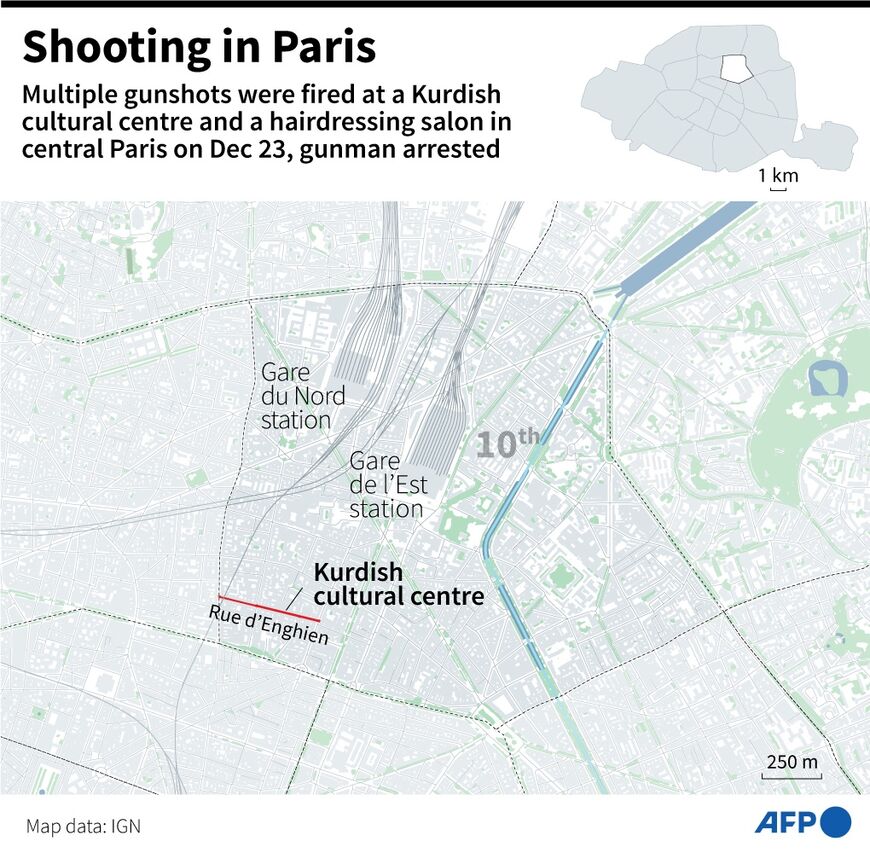 "We decided to come as soon as we heard about Friday's terrorist attack," one young woman told AFP, declining to give her name for fear of reprisals.

"We are afraid of the Turkish community and secret services."

Turkey has lashed out at Paris over the protests in France.

The Turkish foreign ministry on Monday summoned France's ambassador over "anti-Turkey propaganda" that it alleged French officials did little to stop.

Some of the protesters have waved PKK flags while others have held banners with slogans accusing Turkey of being a killer state and connected to the shooting.

The suspect -- named as William M. by French media -- is a gun enthusiast with a history of weapons offences who had been released on bail earlier this month.

The retired train driver was convicted for armed violence in 2016 by a court in Seine-Saint-Denis, but appealed.

A year later he was convicted for illegally possessing a firearm.

The suspect said he initially wanted to kill people in the northern Paris suburb of Seine-Saint-Denis, which has a large immigrant population.

But he changed his mind as few people were around and his clothing made it difficult for him to reload his weapon, the prosecutor said of the Friday shooting.

He then returned to his parents' house before deciding to go to the 10th district instead.

Last year, he was charged with racist violence after allegedly stabbing migrants and slashing their tents with a sword in a park in eastern Paris.

The Paris prosecutor said the suspect, described as "depressive" and "suicidal", admitted to investigators a long-held desire to kill migrants and foreigners since a burglary at his home in 2016.

The prosecutor said no links with an extremist ideology were found following a search of his parents' home, a computer and a smartphone.

The suspect said he acquired his weapon four years ago from a member of a shooting club, hid it at his parents' house and had never used it before.

Often described as the world's largest people without a state, the Kurds are a Muslim ethnic group spread across Syria, Turkey, Iraq and Iran.