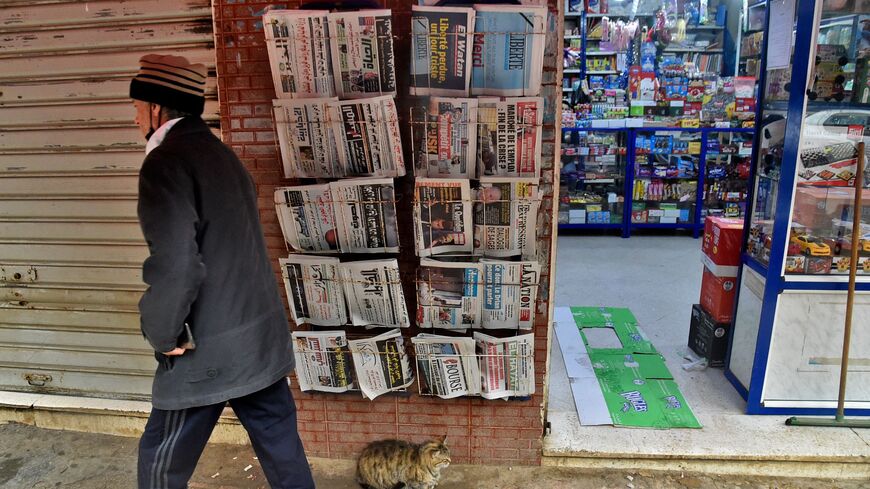 The majority of Middle Eastern and North African countries sank further on press freedom in 2022, with the most drastic drops in region observed in Tunisia, Palestine and Lebanon.

Reporters Without Borders (RSF) released its annual press freedom index this week, which reviews the state of journalism in 180 countries, assessed a record number of 28 countries as “very bad” in 2022.

In the Middle East, Palestine dropped 38 places and Lebanon dropped 23 while Tunisia saw a drop of 21.

“In the West Bank, journalists are the victims of press freedom violations by both the Palestinian Authority and the Israeli occupation forces,” the international watchdog said. “In the Gaza Strip, they are threatened by both Israeli military offensives and Hamas policies.”

In Lebanon, political pressure over the media “is stronger than ever,” the report added.

Iraq and Iran are also down by nine and four places, respectively, with Iraq landing at 172nd. Iran remains among the world’s 10 worst countries for press freedom and the worst country in the region at 178th.

While Israel retained its place at 86th, Jordan, Turkey and Syria’s ranks are up by nine, four and two places, respectively. But the report stressed that the situations in Turkey and Syria remain “very bad.”

Turkey stands at 149th place, while Syria's ranking is 171st.

Although its political stability “distinguishes” Jordan from its neighbors, “media professionals censor themselves and respect the implicit red lines around certain subjects,” according to the RSF. The country's ranking is 120th, higher than all other Middle Eastern countries except Israel.

In North Africa, Tunisia has seen a drastic fall in the index, down to 94th from 73rd, and its classification went from “problematic” to “difficult.”

“A power grab by President Kais Saied in July 2021 has led to fears of a setback for press freedom,” the report said.

The watchdog described the situations in  Algeria, Morocco, Libya and Sudan as “especially alarming,” saying, “The situation for the press in North Africa — excluding Egypt — has never been so troubling.”

In the Gulf region, the United Arab Emirates sank seven points to 131st from 138th. Saudi Arabia, Qatar and Bahrain, for their parts, upped their rankings by four, nine and one place, respectively. The watchdog ranked Saudi Arabia 166th, Qatar 119th and Bahrain 167th.