The price decrease could be worrisome for Saudi Arabia and its investment plans. 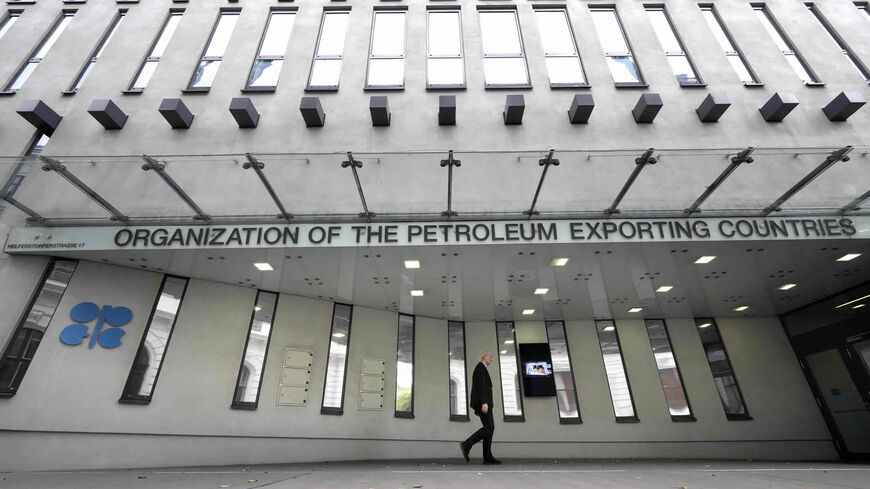 A man walks past OPEC headquarters on the eve of the 45th Meeting of the Joint Ministerial Monitoring Committee and the 33rd OPEC and non-OPEC Ministerial Meeting held Oct. 5, 2022, in Vienna, Austria. - Joe Klamar/AFP via Getty ImagesJo

Oil prices have fallen to a yearly low, despite a recent production cut supported by Saudi Arabia and Russia.

Why it matters: The OPEC+ alliance met Sunday and decided to maintain their 2 million barrels per day production cut that they originally agreed to in October. The alliance consists of members of OPEC and a few allies, most notably Russia. Saudi Arabia is the biggest oil producer in OPEC, while the United Arab Emirates, Iraq and several other regional states are also members.

OPEC said Sunday’s decision was “driven by market considerations” in a statement. Saudi Arabia has been pushing for lower oil production in recent months in an effort to keep prices up.

Though lower oil production typically leads to higher prices, that is not the case at present. The price decrease is a negative development for Saudi Arabia, according to one expert.

“Saudi Arabia must be worried because its ambitious investment plans call for high revenues,” Simon Henderson of the Washington Institute for Near East Policy told Al-Monitor.

Saudi Arabia’s Public Investment Fund pursues an aggressive investment strategy as the kingdom seeks to diversify its oil-based economy per the Vision 2030 initiative. Recent investments include an electric vehicle company, Ceer, and a renewable energy-powered airport being planned for Riyadh.

The recent price decrease is related to the global economy, according to Henderson.

“The drop reflects market anxieties about the prospect of a recession. Although China is relaxing on COVID, which should perhaps increase demand, the dominant thought seems to be recession,” he said.

Analysts from the London-based bank Standard Chartered told oilprice.com that they do not expect an oil price collapse a la 2020. This is because “demand is not about to collapse due to a pandemic and no price wars by producers are present at the moment,” Alex Kimani wrote for the website.

What’s next: OPEC+ will revisit their collective oil production levels again at their next meeting in February.