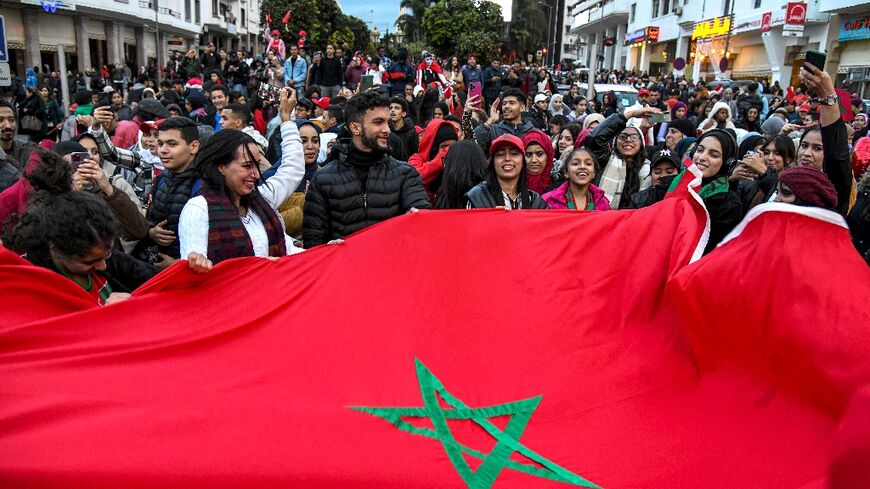 Moroccan fans celebrate in the capital Rabat after their team became the only one from an Arab nation to reach the World Cup second round - -
Agence France-Presse
December 1, 2022 — Salé (Morocco) (AFP)

Ecstatic Moroccans celebrated on Thursday after their team qualified for the knockout stages of the World Cup for the first time since 1986.

"We've waited 36 years," one fan cried after the Atlas Lions beat Canada 2-1 to storm into the round of 16 as winners of their group.

In 1986, the football-obsessed North African nation became the first African or Arab country ever to reach the knockout stages, before many of the current players were born.

On Thursday, the iconic Avenue Mohammed V through central Rabat thronged with supporters wrapped in the country's red flag with its green star, setting off firecrackers as drivers honked their horns. 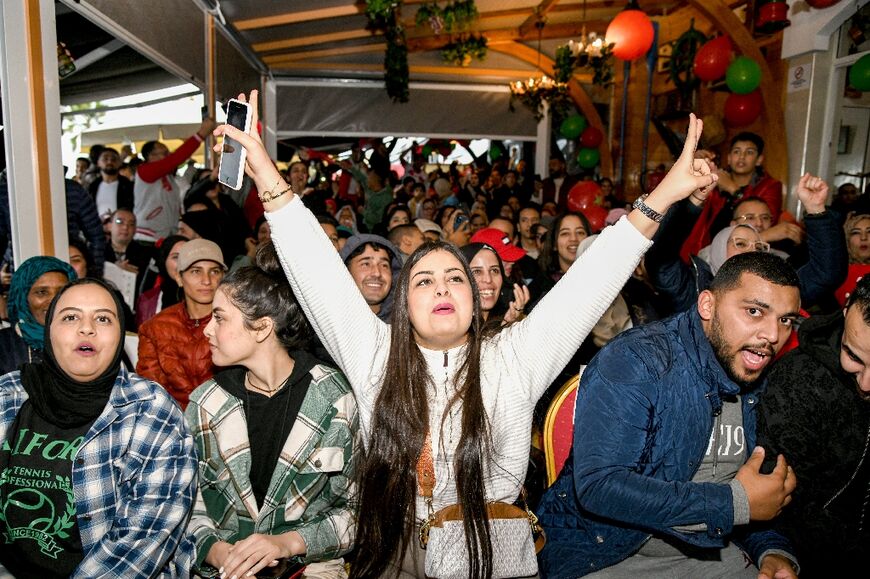 Heavy rain, a welcome sight in the drought-stricken country, cleared up before the final whistle as men, women and children poured into the streets to celebrate.

Cafes had been packed for the match and even banks had closed early to allow people to watch.

"I was stressed about the match but they blew us away," said Houda, 34, who was watching at a cafe with her daughter.

Morocco had gone from a draw with Croatia to a spectacular win on Sunday against Belgium before beating Canada, a huge boost for coach Walid Regragui, who has been in the job for just three months.

According to opinion polls, a fifth of Moroccans believe their team will reach the semi-final, and national carrier Royal Air Maroc has put on special flights to ferry fans back and forth from Qatar.

Maths teacher Mehdi Dida said his joy had "no limits." 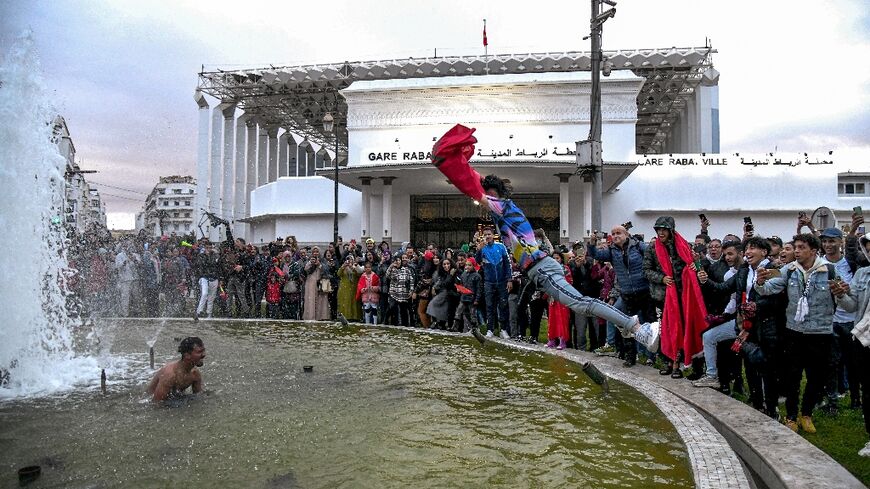 "It's a historic moment to see the Moroccan flag so high and see our players give their all for their country," he said.

One social media user wrote that people his father's age continually talked about the team of 1986.