Taxi driver Youssef Daher has languished for months in prison without charge, one of scores stuck after Lebanese judges launched an open-ended strike in August to demand better wages in a collapsed economy.

Judges have suspended their work as rampant inflation eats away at their salaries, paralysing the judiciary and leaving detainees in limbo -- the latest outcome of Lebanon's years-long financial crisis.

From his jail cell in the northern city of Tripoli, Daher sends daily messages to his lawyer asking him whether judges have ended what is already the longest strike for their profession in Lebanese history.

"My family lost their sole breadwinner and must now rely on aid to survive," he told AFP.

Daher has not seen his wife and three children since he was arrested eight months ago because they cannot afford transportation to get to the prison, he said.

Security forces arrested Daher after he gave a ride to a passenger accused of kidnapping -- unbeknownst to him, he said.

Authorities did not press charges against Daher after questioning, so his lawyer requested his release. Then judges began their strike.

His request has been pending ever since.

Bureaucracy and rampant corruption have long delayed verdicts and judicial proceedings in Lebanon, where 8,000 people are estimated to be jailed, most of them awaiting a verdict.

But now, underfunded public institutions have taken a hit after the country's economy went into free-fall in 2019, with basic state services like renewing passports or completing a real estate transaction often taking months to complete. 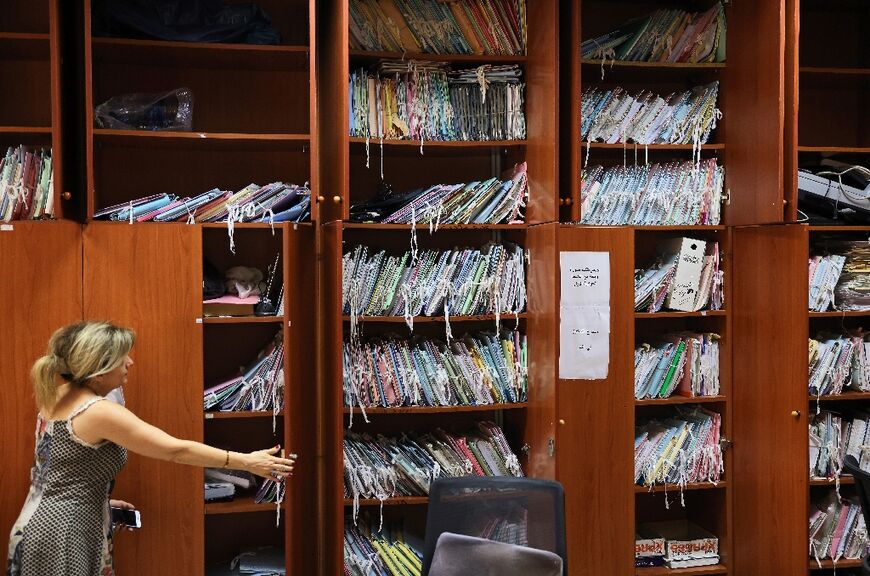 Although judges' salaries are expected to triple as part of Lebanon's 2022 budget, their wages are currently worth only around $160 on average due to soaring inflation.

"How can a judge live with his family on such a salary?" one striker asked, adding that some of his colleagues with chronic illnesses could no longer afford medication.

"Judges were forced to launch this strike because their financial situation has become unbearable," he said.

Judges who spoke to AFP said they also wanted better working conditions as they had been forced to toil without electricity or running water and buy their own office supplies like pens and paper.

The judges' strike has compounded an already bleak reality for detainees, many of whom spend months or years awaiting a verdict.

Lawyer Jocelyn al-Rai said her client, a Syrian youth, was arrested two months ago on drug trafficking charges without a warrant and has yet to face questioning, because the public prosecutor's office has stopped working.

Despite the strike, certain courts continue to function.

In Beirut on Thursday, a criminal court sentenced Hassan Dekko, a man known as the "Captagon King", to seven years in prison with hard labour for producing and trafficking the stimulant, a judicial source said. Dekko had been arrested in April last year.

Yet the judges' strike is also contributing to overcrowding in the already cramped prisons, stretching detention facilities that have seen increasing numbers of escape attempts, a source at the Palace of Justice in the Beirut suburb of Baabda told AFP.

"About 350 people used to be released from prison every month... that number has now been reduced to about 25," said the source, adding that most are released after "mediators intervene with the judge handling the case".

About 13 inmates who completed their sentences two and a half months ago have been stuck in the Palace of Justice's cells because criminal courts have not met to sign off their release, he added.

A judicial source who declined to be named said detainees were bearing the brunt of the strike's knock-on effects.

"Judges have a right to a decent life," he said, but "detainees are also suffering from injustice, even those whose only crime was stealing a loaf of bread".