Demonstrations have swept Iran for nearly three months since Amini died after her arrest by the notorious morality police in Tehran for an alleged breach of the country's strict hijab dress code for women.

The authorities, who have struggled to contain the protests, describe them as "riots" fomented by Iran's arch foe the United States and its allies, including Britain and Israel.

Youth groups had called on people to take to the streets and turn the annual Students' Day on Wednesday into a "day of terror for the state".

Many shops were shuttered and youths were seen marching and chanting protest slogans across the country, at times defying a heavy security presence, in videos posted online by activists and rights groups.

"Be afraid, be afraid, we are all together," students were heard shouting in a message aimed at the government, at Amirkabir University of Technology in Tehran, in a video published by the social media monitor 1500tasvir.

Oslo-based group Iran Human Rights (IHR) shared videos of shops closed in Tehran, Qazvin west of the capital, the northern city of Rasht, and Divandarreh in Amini's home province of Kurdistan, among others.

BBC Persian published footage that appeared to show students protesting against the presence of ultra-conservative President Ebrahim Raisi at Tehran University, with security forces pushing the demonstrators back. 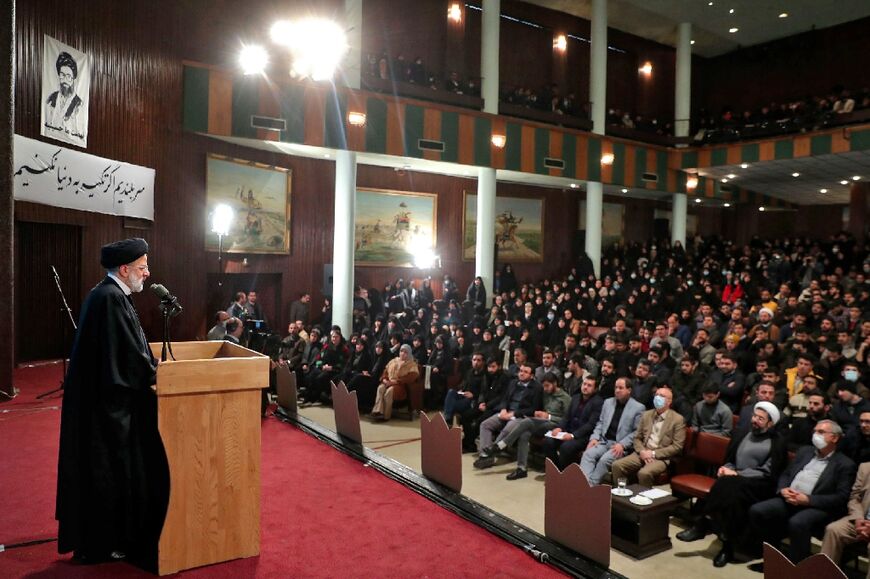 In a speech delivered on campus, Raisi praised students for their welcome, despite the demonstrations and street violence triggered by Amini's death in custody.

"I thank the dear and insightful students who did not allow the atmosphere of the university to become an atmosphere of riots," Raisi said on Students' Day, which marks the 1953 killing by the shah's security forces of three students.

"Those who are brutally and unjustly killing our loved ones are rioters," he said. "Our people and the student community understand the difference between protests and riots."

His speech came after Mohammad Khatami, a reformist who served as Iran's president from 1997 to 2005 but has been effectively silenced by the establishment for years, voiced support for the protest movement.

The 79-year-old described the protest slogan "Woman, life, freedom" as "a beautiful message that shows movement towards a better future".

"Freedom and security must not be placed against each other," he said in a statement quoted by ISNA news agency on the eve of Students' Day.

The sister of Iran's Supreme leader Ayatollah Ali Khamenei also threw her support behind the protests and slammed her brother's "despotic" rule, in a letter published online Wednesday by her France-based son.

Badri Hosseini Khamenei, who is believed to be in Iran, accused the regime of bringing "nothing but suffering and oppression to Iran and Iranians" since it was established following the 1979 Islamic revolution that toppled the shah. 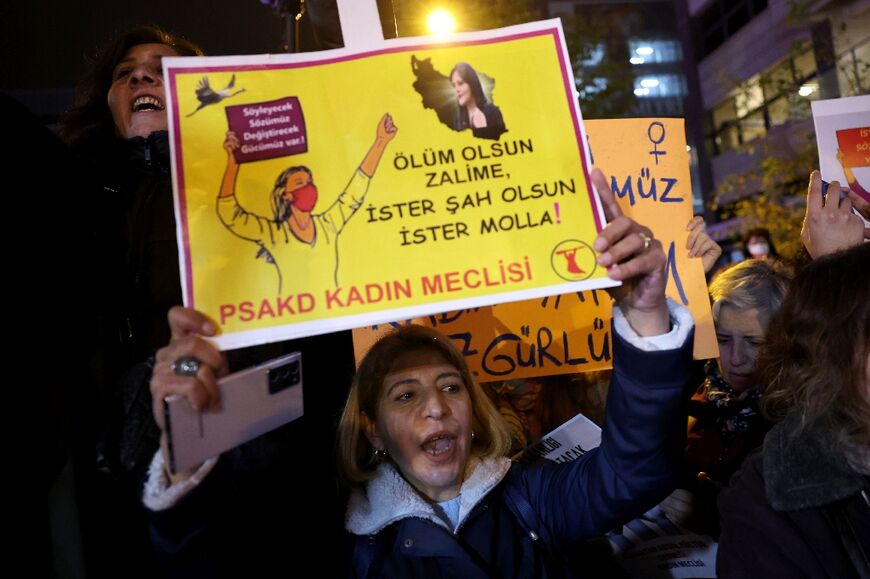 Iran's top security body, the Supreme National Security Council, said on Saturday that more than 200 people had been killed in the unrest, after an Iranian general last week put the figure at more than 300.

Thousands have been arrested, including prominent actors and footballers.

An Iranian court on Tuesday sentenced five people to death by hanging for killing a member of the Basij paramilitary force, a ruling condemned by rights activists as a means to "spread fear" and to stop the protests.

The rulings bring to 11 the number of people in Iran sentenced to death in connection with the protests, in what Amnesty International has branded "sham trials".

The banking network, "as always, will offer all of its services to all compatriots", Mehr news agency reported him as saying.