Protesters chanted 'No to military rule' as they marched towards the presidential palace in the Sudanese capital of Khartoum - -
Agence France-Presse
November 8, 2022 — Khartoum (AFP)

Protesters chanted "No to military rule" as they marched towards the presidential palace, denouncing a coup last year led by army chief Abdel Fattah al-Burhan that derailed a transition to civilian rule.

"We will not stop until the military power is toppled and replaced with a civilian government," said protester Hadia Mohammed.

"We will not leave the streets until we achieve the goals of the revolution: liberty, peace and justice," said Samer Omar, another activist, draped in a Sudanese flag and wearing a yellow helmet for protection.

Eyewitnesses said thousands also demonstrated in the city of Wad Madani, south of Khartoum, and Gedaref in the east.

Security forces have cracked down on near-weekly protests since the 2021 coup, resulting in at least 119 deaths, according to pro-democracy medics.

Since the military power grab, activists have warned that several Bashir-era loyalists had been appointed to official positions, including in the judiciary, which is currently trying the former dictator. 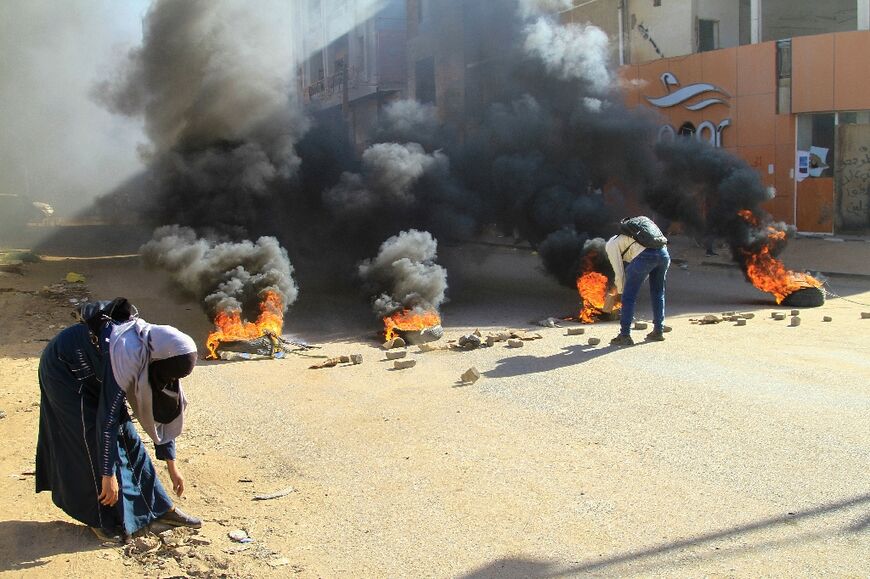 Burhan's pledge of elections next year is seen as far-fetched, and no civilian leaders have taken up the mantle of the army chief's promised civilian government.

Meanwhile, experts said a surge in ethnic violence in recent months has highlighted a security breakdown in Sudan, with the United Nations reporting over 370 people killed in clashes and at least 210,000 forced from their homes this year.

In Sudan, one of the world's poorest countries, a third of the country's 45 million inhabitants suffer from hunger, a 50 percent increase compared with 2021, according to the World Food Programme.