Saudi Arabia’s current airport in Riyadh does not see nearly the amount of traffic that Dubai and Doha do. 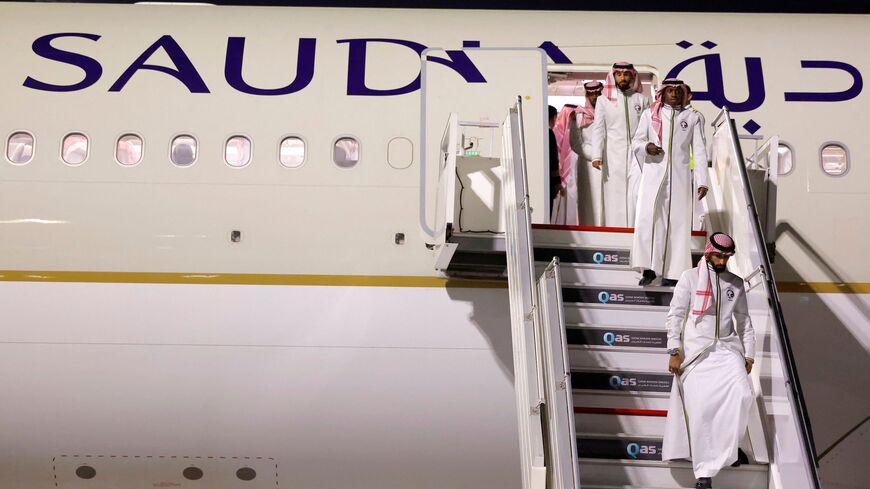 Saudi Arabia released its plans for a new international airport in the capital Riyadh today.

The King Salman International Airport will be a massive 57 square kilometers (22 square miles). The facility will be powered by renewable energy and include residential facilities, stores and six parallel runways, according to the official Saudi Press Agency.

Why it matters: Saudi Arabia is not a major transit hub like its neighbors Qatar and the United Arab Emirates. All Saudi airports registered 14 million passengers in 2021, according to Saudi Arabia’s General Authority for Statistics. Dubai alone received more than 29 million international passengers last year, making it the busiest international airport in the world. Doha had 17 million passengers, making it the sixth busiest, according to Airports Council International.

Riyadh is currently served by King Khalid International Airport. Passenger traffic at the airport is increasing, reaching its highest-ever passenger numbers in August, according to the council. The King Salman airport will be built on the site of the current airport, according to the Saudi Press Agency.

Saudi Arabian airports see a large number of domestic travelers. There were 35 million between all Saudi airports in 2021, according to the General Authority for Statistics.

The Public Investment Fund is playing a large role in Saudi Arabia's economic transformation. The sovereign wealth fund has invested in regional companies, the LIV Golf professional sports league and major US corporations.

Know more: Many of the more ambitious projects in Vision 2030 remain unfinished and plagued by controversy. The crown prince's planned futuristic megacity, NEOM, has been criticized for displacing local Saudi tribes, for example.

The Public Investment Fund’s pledge to power the King Salman International Airport will be particularly hard to achieve by 2030. Saudi Arabia remains committed to high oil production, though investment in green technology and renewable energy projects is accelerating in the kingdom.