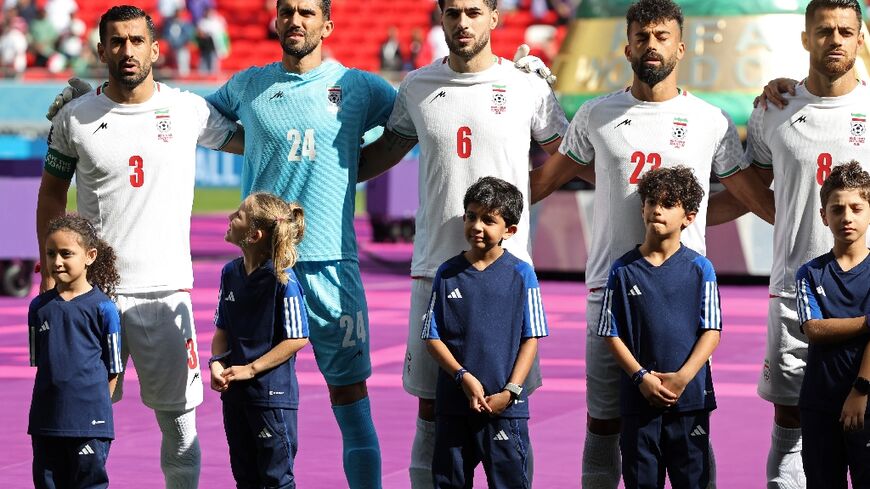 Iran's players sing their national anthem prior to the game against Wales - Fadel Senna
by Jed Court with Stuart Williams in Paris
November 25, 2022 — Doha (AFP)

Iran's football stars scored a famous victory with a last gasp World Cup win but scrutiny on the conduct of the team ahead of the decisive clash with the US will only intensify as its leaders press a crackdown on protests at home.

In a striking U-turn, the Iranian players sung their national anthem ahead of Friday's match against Wales. Their silence when the song was played ahead of Monday's match with England had been seen as a sign of solidarity with the protests.

Meanwhile there is no sign of a slackening of the protests or the crackdown, as Iran prepares for the already politically loaded match on Tuesday against the United States, which Iran's clerical leadership likes to label "the great Satan".

A prominent former international star from the last decade Voria Ghafouri was arrested in Iran on Thursday after he backed the protests and condemned the crackdown.

The protest movement that erupted 10 weeks ago after the death of Mahsa Amini who had been arrested by the morality police has created the most delicate of situations for the players who are household names in the football-mad country. 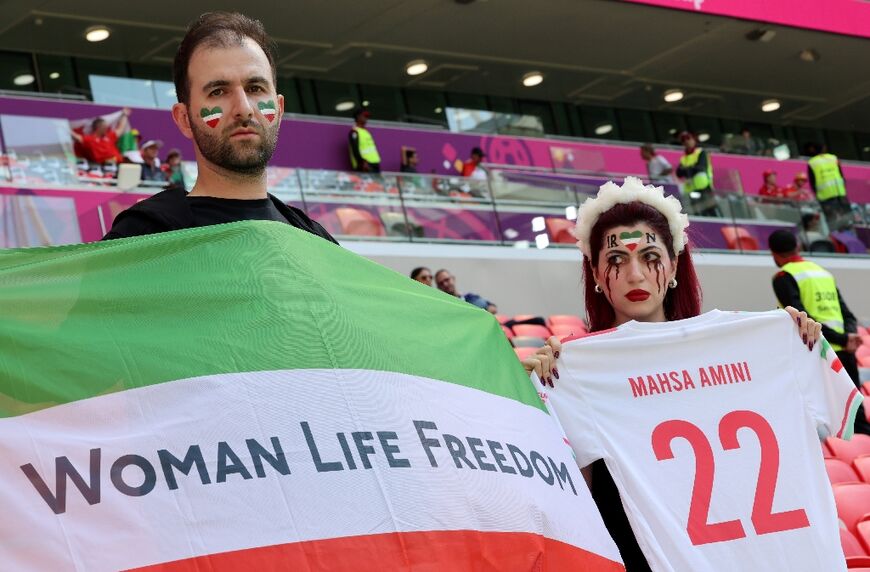 Many supporters of the movement have not forgiven the team for meeting ultra-conservative President Ebrahim Raisi before heading to Doha, with the anthem gesture ahead of the England match doing little to redeem them.

"Mullahs' children" and "A return to factory settings" were some of the terms of abuse being used on social media against the players after they opted to sing the anthem this time.

There had also been speculation that the Iranian players would not celebrate the goals. But the team erupted into wild celebrations as two late goals were struck against Wales in the final minutes.

Maziar Bahari, the founder of the Iran Wire news site, said the players had clearly been pressured into singing the anthem. 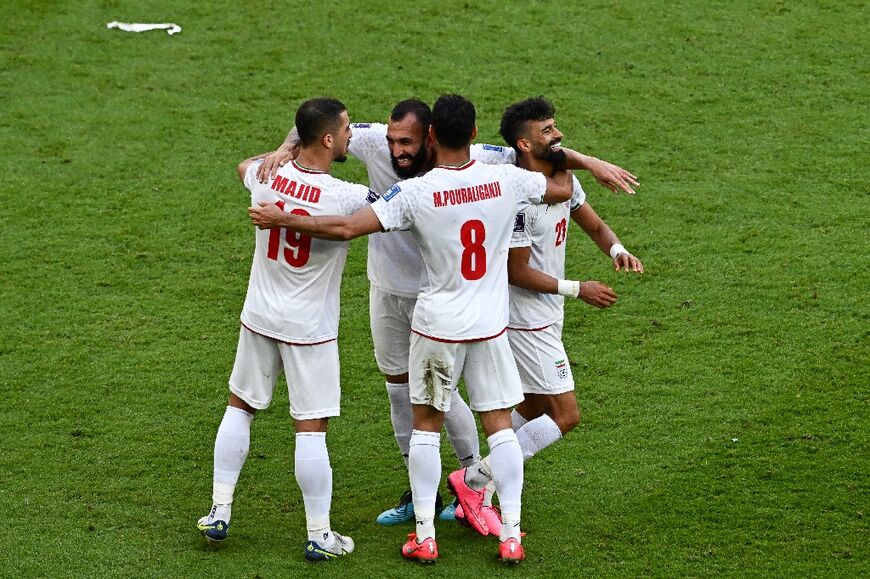 "The most half-hearted version of the Islamic Republic's anthem. The players have been threatened that they had to sing the anthem or else," he said.

It is not clear if the timing ahead of the game of the arrest of Ghafouri -- who was picked up after training with his club Thursday -- was intentional on the part of the authorities.

But the player, who is of Kurdish origin, has been one of the most outspoken prominent voices in Iran against the crackdown and particularly in the Kurdish-populated regions of western Iran where activists say dozens have been killed in the past week alone. 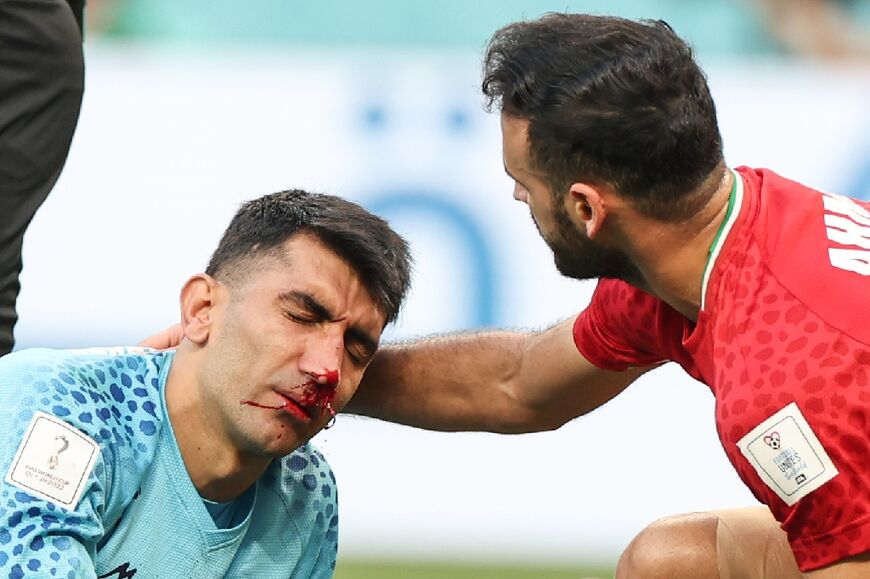 The state's response to the protests has led to questions over whether the team represents Iran or the regime that has ruled since the Islamic Revolution of 1979 that overthrew the shah.

The team is known in Persian as the "Tim Melli", "The National Team".

"Incredibly painful to watch this humiliation of #TeamMelli," wrote the historian Roham Alvandi, associate professor at the London School of Economics and Political Science.

"This is how the Islamic republic denies us even the simple joy of supporting our national team on the world stage."

Reports also suggested the Qatari authorities were not allowing some fans to carry alternative Iranian flags into the stadium. 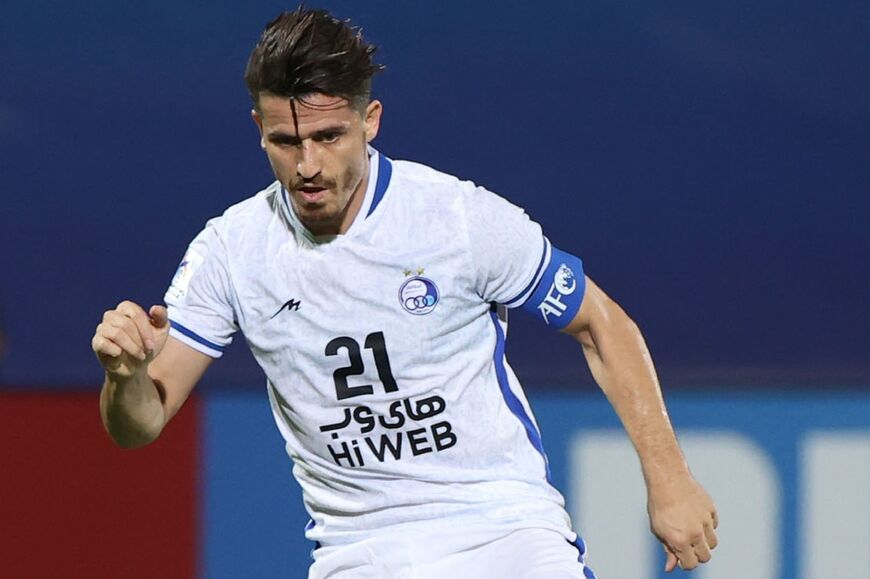 An AFP photographer at the stadium on Friday witnessed security staff confiscating a flag from a fan with the protest slogan "Woman, life, freedom".

The turbulence inside Iran has also proved testing for the team's Portuguese coach Carlos Queiroz who has sought to argue his team should not step into politics and defend his players.

The vilification of some team members on social media even saw some suggesting the broken nose suffered by goalkeeper Alireza Beiranvand was karma for bowing to Raisi in the pre-Doha meeting.

"The players are not our enemies," Queiroz wrote on Instagram this week.

Iran forward Mehdi Taremi denied on Thursday that his team had come under pressure from their government to sing the anthem, saying "I don't like to talk about political issues, but we are not under any pressure."

A video later went viral on social media showing Queiroz gently berating the BBC reporter who had asked Taremi for his views, saying "Why don't you ask (England manager Gareth) Southgate about England and the United States that left Afghanistan?"