Disgraced Rabbi Shaul Alter is banished from his Gur community in Israel, but he found a very warm welcome on a trip to the United States. 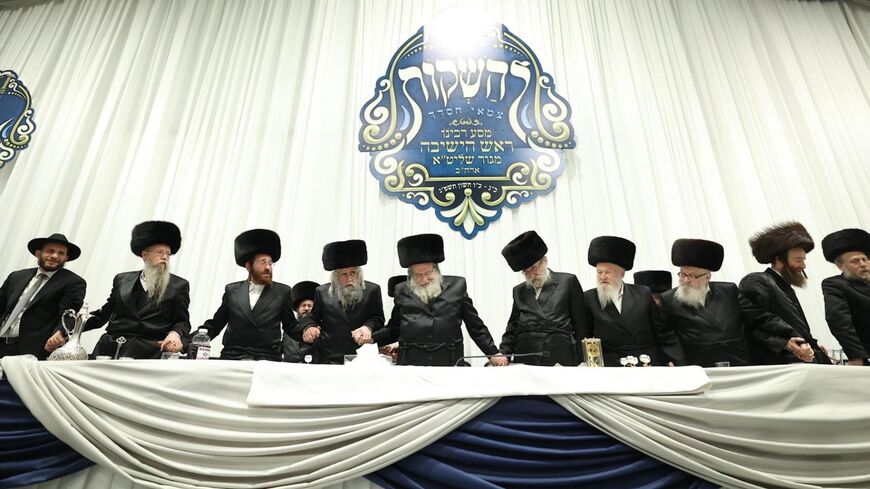 ASHDOD, Israel — American ultra-Orthodox Jews are celebrating the visit to Brooklyn of Israeli Rabbi Shaul Alter, a former senior Gur figure. The Gur sect is the largest Hassidic group in the world, with two main centers in Israel and in the United States. It wields a lot of influence over Jewish life in the diaspora as well as on Israeli politics.

Alter's arrival was his second visit in New York as a Hassidic leader after a first last year. As in his 2021 visit, the American ultra-Orthodox community welcomed him effusively. In an enormous tent in Boro Park, thousands of followers hung on his every word. His meetings with prominent American rabbis were heavily covered by local ultra-Orthodox newspapers.

Such visits by major rabbis usually make headlines in the Israeli ultra-Orthodox press, but this one was practically ignored. Why?

The story starts three years ago with a dispute between a Gur follower named David Berliner and the Gur leadership over a children’s summer camp at the Catskills, New York. Berliner allegedly seized control of the camp's funds after claiming it had not paid him what he was owed. The seizure infuriated the Gur leadership, which immediately called for the community-wide shunning of Berliner. Alter published a letter of support for Berliner and his fate was sealed.

Alter comes from a dynasty of Gur rabbis and is the cousin of the current grand rabbi. He has long been viewed as a brilliant Torah scholar and headed the prestigious Sfat Emet yeshiva for many years. But after the letter came out, Alter was removed from all his roles and has been persecuted ever since. The Gur court declared that anyone who joined Alter’s community would be persecuted as well. The children his followers are banned from the community's schools.

A scandal involving an Alter-following family erupted a few months ago, when two girls, one of them underage, went missing and their parents accused the Gur court of kidnapping or brainwashing their daughters. The accusations greatly angered the Gur leadership, which made an announcement via the community’s closed telephone system to defend the grand rabbi. As a result, thousands of angry Gur Hasidim stormed the synagogues of Alter-following splinter groups in Bnei Brak, Jerusalem and Ashdod, damaging property and causing injuries.

Despite the violence in Israel, in the large American Gur community, many rabbis refused to take part in the banishment. A few young Gur Hasidim ripped up the flyers about the rabbi’s expected visit, but the destruction backfired. Pictures of torn announcements were disseminated in the social networks, greatly angering the Gur community.

An ultra-Orthodox American rabbi told Al-Monitor on condition of anonymity, “In the US, with its Declaration of Independence, people are free live their lives as they choose. This includes the ultra-Orthodox world as well. Thus, while in Israel the Gur hegemony succeeds in terrorizing senior grand rabbis and prevents them from meeting Rabbi Alter and supporting him, this kind of banishment doesn’t work in the US. Here, the public is more likely to support the persecuted underdog. The fact is that when the grand rabbi of Gur went to the US to attend his grandson’s wedding, there were hardly any discussions of the split.”