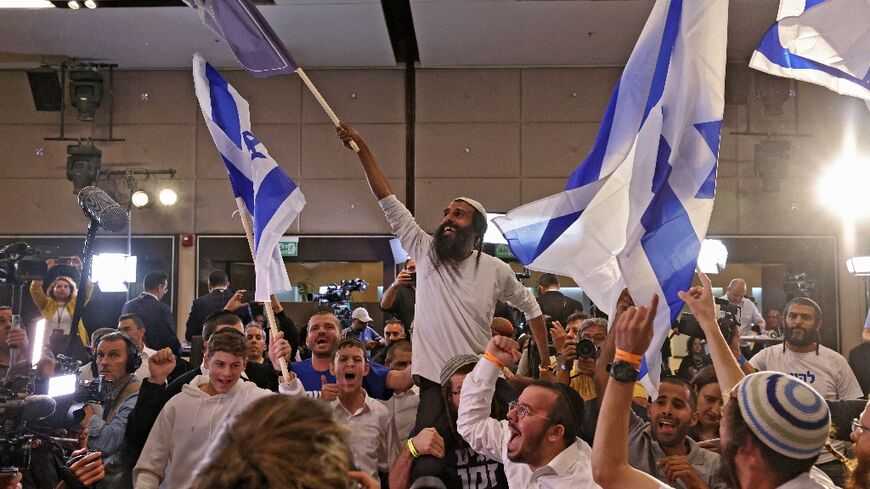 Israel's election this week cemented the rise of the country's extreme right, with firebrand Itamar Ben-Gvir set to gain a powerful position in government.

After leading an energetic campaign centred on security and Jewish identity, Ben-Gvir celebrated as his Religious Zionism alliance achieved third place -- and likely kingmaker status -- in the November 1 vote.

"It's time that we returned to be the masters of our house in our country," he told cheering supporters Wednesday, after exit polls showed the nationalist bloc more than doubling its parliamentary seats.

Religious Zionism is expected to play a central role in a new coalition led by Benjamin Netanyahu, Israel's veteran leader whose right-wing Likud won the most votes.

Securing the premiership for Netanyahu -- who faces corruption charges he denies -- is impossible without the backing of Ben-Gvir and his Religious Zionism ally, the more discreet Bezalel Smotrich.

According to the electoral commission in results issued late Thursday, the right-wing bloc won a clear majority of 64 seats -- made up of 32 seats for Netanyahu's Likud party, 18 for ultra-Orthodox parties and 14 for Religious Zionism. 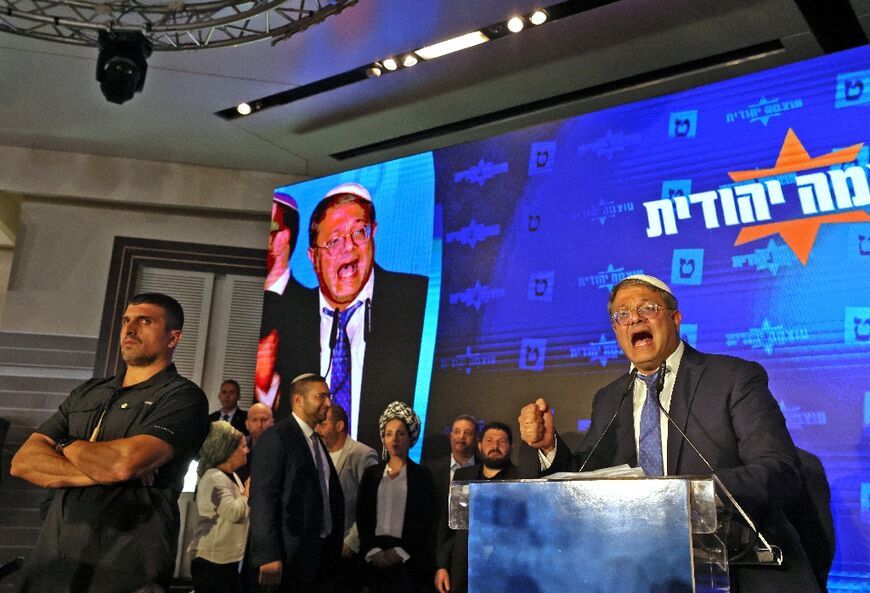 Such a shift was orchestrated by political puppeteer Netanyahu, according to researcher Yossi Klein Halevi.

"Netanyahu whitewashed the far right, which he needed for his coalition, and so many Israelis saw it as simply a tougher version of the Likud," said Halevi, from Jerusalem's Shalom Hartman Institute. 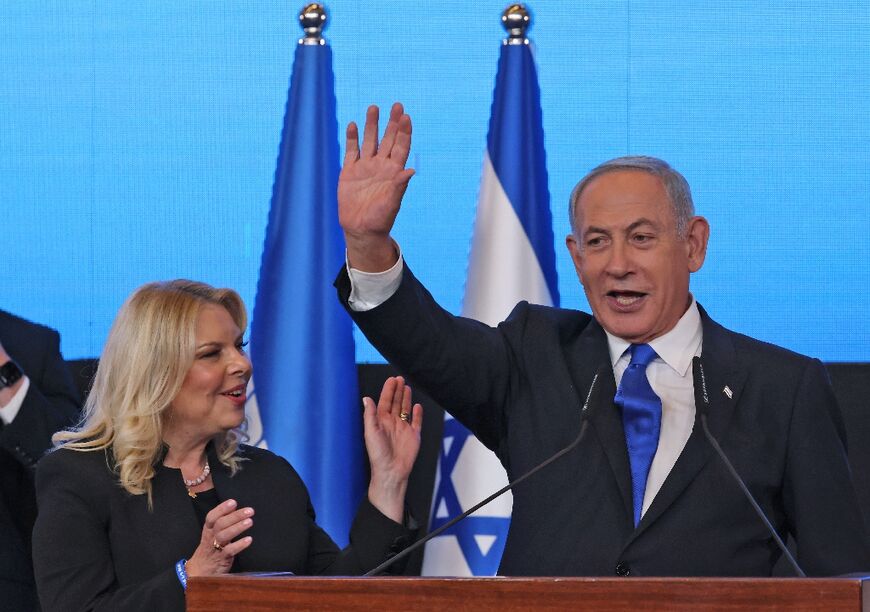 Ben-Gvir lives in a settlement of religious hardliners in Hebron, in the occupied West Bank, but has attempted to moderate his public appearance in the run-up to elections.

"When I said 20 years ago that I wanted to expel all the Arabs, I don't think that anymore. But I will not apologise," he told AFP ahead of the vote.

Before entering the political mainstream, Ben-Gvir hung a portrait in his living room of Baruch Goldstein, the Israeli who killed 29 Palestinian worshippers at a Hebron mosque in 1994.

The picture was taken down before he entered parliament last year, but Ben-Gvir still regularly shows up at flashpoint sites in the Israeli-Palestinian conflict.

As a policymaker, his sights are set on annexing the West Bank and ensuring Israel's security services use more force in countering Palestinian unrest.

The United Nations says recent months have been the deadliest period in years in the West Bank, with near daily army raids and an increase in clashes and attacks on Israeli forces. 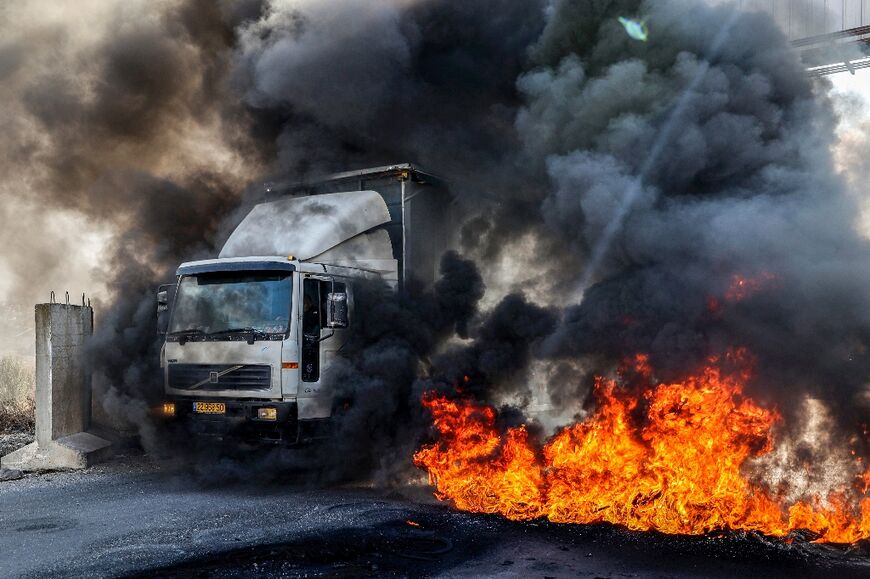 Regardless of whether such steps receive support from Likud or their other coalition allies, ultra-Orthodox parties, Netanyahu will have to make some concessions to Religious Zionism to maintain their support.

"Netanyahu will have a hard time controlling his new partners," said Halevi.

"Because he will be beholden to them to pass legislation that would extricate him from his corruption trial," added the researcher, who authored a book about his own attraction to Jewish extremism as a teenager. 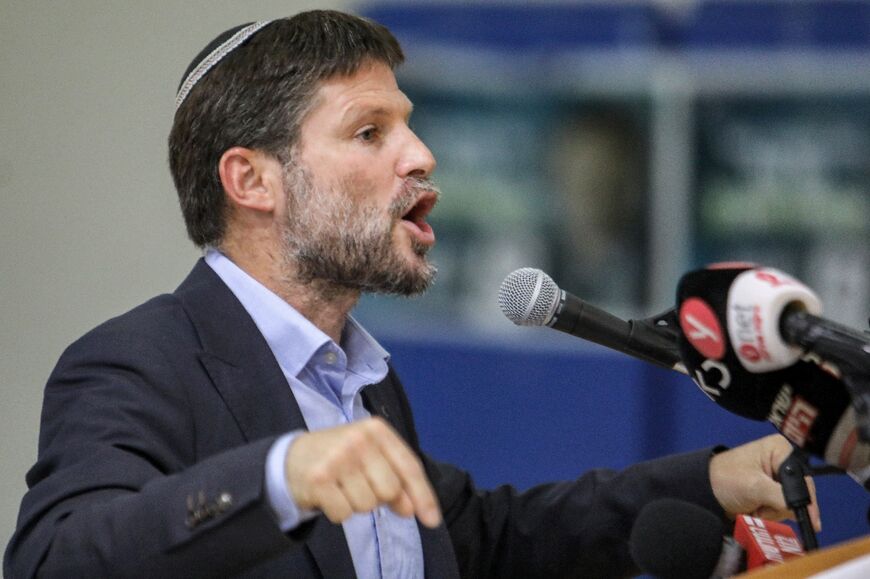 The electoral success of Religious Zionism has raised fears among political opponents and Arab-Israelis, who for years have been at the receiving end of Ben-Gvir's vitriol.

Jaafar Farah, head of the Mossawa Center that campaigns for the rights of Arab-Israelis, said "people are afraid of the measures they are going to put in place".

"There is anger here because of the fragmentation of Arab parties," he added, which represent 20 percent of the population.

Four Arab-led parties united in 2020 but have since split into three, with one failing to make it into parliament in the latest election.

Mansour Abbas, whose Raam party joined the outgoing coalition, blamed inaction for the emergence of the right-wing government.

"We're bringing him (Netanyahu) back to power, we're offering him this gift, because we're being passive," he said Wednesday.

Raam will sit firmly in opposition along with the Arab-led Hadash-Taal alliance, whose activist Feda Tabouni warned Israel was becoming "a more racist, fascist state".

"The expected scenario is that there will be more laws issued, more violence and humiliation of people in the West Bank and the occupied (Palestinian) territories," she told AFP.