After agreeing for TotalEnergies and Eni to go ahead with exploration drilling at the Lebanese cross-border Kana-Sidon reservoir, Israel has approved the Qatari Energy Consortium to buy the drilling rights. 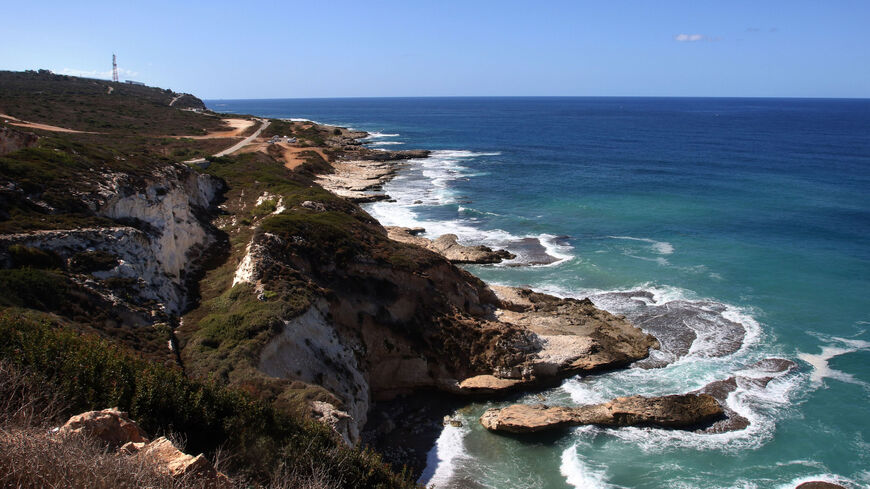 A picture shows the area of Naqura, south of the Lebanese city of Tyre, which is controlled by the United Nations peacekeeping force, on the border with Israel on Oct. 2, 2020. - MAHMOUD ZAYYAT/AFP via Getty Images

Israel has approved for the Qatari Energy Consortium to be involved in drilling for natural gas in the Kana-Sidon undersea reservoir. Drilling rights in this zone, called Block 9, are currently in the hands of French TotalEnergies and Italian Eni companies.

On Nov. 15, Israel signed an agreement with both companies to begin energy exploration in the area. Block 9 lies within Lebanon’s territorial waters, but the exploration might extend into Israel’s waters. Israel’s Nov. 22 approval will enable the Qatari company to buy some of the drilling rights from the French company to participate in the expected exploration.

The Israeli approval for the Qatari company and agreement with TotalEnergies and Eni follow the American-brokered deal inked Oct. 27 between Israel and Lebanon that defined the maritime boundaries between the two countries, resolving a long dispute over drilling rights. According to the boundaries agreement, most of the Kana-Sidon reservoir will be in Lebanese hands, while a small part under Israeli ownership. It also states that Israel holds veto rights on the companies drilling there, hence the need for its approval on Qatar. It seems Qatar will be allowed to participate in the exploration at a limit of 30% of drilling rights.

Israel’s Energy Ministry confirmed yesterday, “In the framework of the agreement … to ensure Israel’s rights in the Sidon Reservoir, an option was also authorized for the Qatari company Energy Consortium to join.”

On Oct. 30, Bloomberg reported that Qatar was in talks with TotalEnergies for a 30% stake in the exploration of Block 9.

Israel has been successfully drilling natural gas from other reservoirs in the Mediterranean. The Lebanese government expects to do the same. Beirut hopes to find exportable quantities of gas to generate the revenues the economically strapped country so desperately needs. According to Israeli decision-makers, the dire straits of the Lebanese economy was one of the major incentives for the government in Jerusalem to reach a compromise with Beirut.

Israel has diplomatic relations with neither Lebanon (which considers it an enemy state) nor Qatar. The approval for the Qatari company comes on the backdrop of Doha’s approval for direct flights from Tel Aviv to the city during the World Cup. A first direct commercial flight from Tel Aviv landed in Doha Nov. 20. Thousands of Israelis arrived to Qatar for the event, entering the country with their Israeli passports on a special fan visa.

Qatar clarified that the special measures set in place for Israeli soccer fans reflect no change in its policy vis-à-vis Israel.