With the sound of the referee's final whistle, Iranians poured into Tehran's streets on foot, by scooter and car to celebrate their national team's World Cup win over Wales on Friday.

An explosion of joy greeted Iran's 2-0 victory -- with both goals coming deep in injury time -- as many momentarily forgot the tension created by two months of unrest following the death of 22-year-old Mahsa Amini.

The faces piling into Martyr's Square, in the centre of the capital, were all smiles.

Amid waving flags parents danced with children on their shoulders to the sound of plastic trumpets, while a cacophony of music escaped from cars stuck in a sprawling traffic jam.

"I am delighted with this victory because my passion is football, not politics," said Mehdi, 18.

The sound of car horns merged with cries of happiness outside a mosque in Tehran's upscale Saadat Abad neighbourhood as Iran's "Cheetahs" delivered a beleaguered population an extra-time gift against their Group B rivals.

"In the previous match we were under terrible pressure because of the situation in the country, but today we decided to go for it," said Reza, 24, who came to watch the match with a friend. 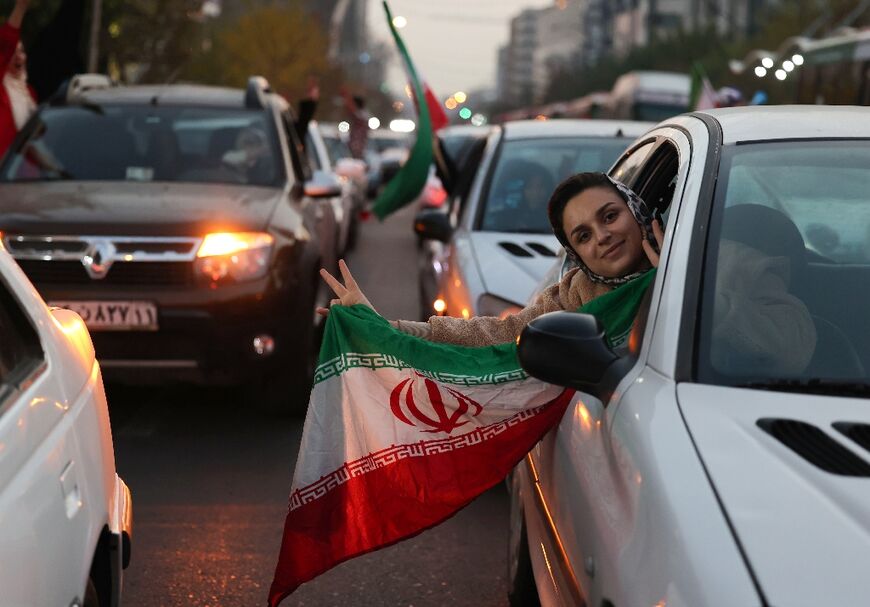 Iran suffered a humiliating 6-2 defeat by England in their opening group match on Monday.

Iran's players had refused to sing the national anthem before the match and the nation's media attributed the team's poor showing to the weight of competing political pressures.

Against Wales on Friday the mood had changed.

The team sang the national anthem and in the stadium supporters did not chant slogans criticising the national team, as they had in the previous match.

Many Iranians had become disenchanted with the national team and although Friday's win appeared to shift sentiments some remained unwavering.

On the edges of the celebrating crowds two women, both in their fifties, had not forgotten.

"We have always supported the national team but not this time," said Fariba.

"We are in mourning for the young people who have died during the protests."

Arman, 28, agreed and saw no reason to celebrate.

"This team is completely indifferent to me," he said.

"For the moment the wounds have not healed".

Others thought the victory was for Iran's people.

"It is our national team -- not the government's -- that won the victory," said Jaffar, 48, from northern Guilan province. 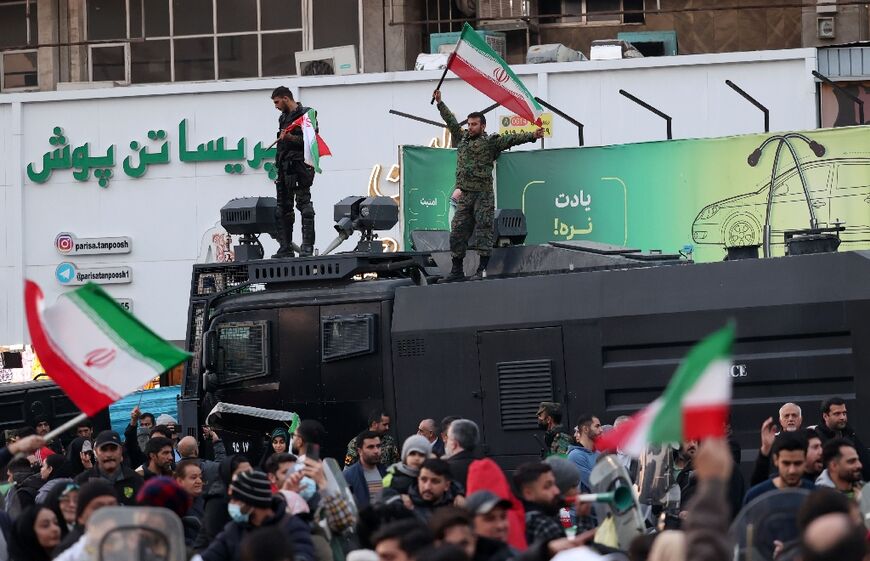 Heavy police numbers in the streets have become a common sight since the protests began, but on this occasion authorities did not move on the crowds.

In Valiasr Street, the capital's longest thoroughfare, a passing squad of riot police on motorbikes kept their batons buckled and instead unfurled a large Iranian flag.

In a statement, President Ebrahim Raisi thanked "the whole of the national team", saying their success offered "the pleasant taste of victory to the people".

Dozens of Iranians, mainly protesters but also members of the security forces, have been killed since the start of the current protests and thousands have been arrested, according to Iran's authorities, who do not provide exact figures.