Inflation continues to rise in Iran

Inflation may be higher than the government is letting on due to US sanctions and government fiscal policy. 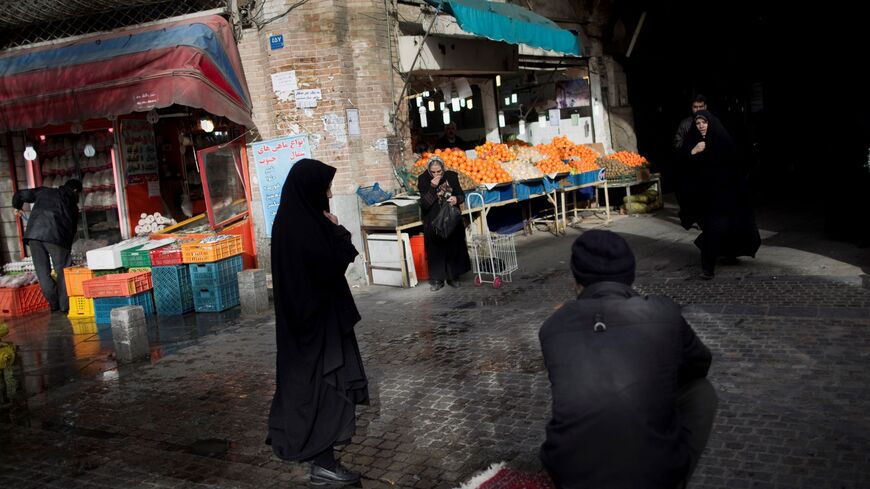 Iranian women walk near the entrance of Ghavam Doleh bazaar in central Tehran on Feb. 19, 2012. - BEHROUZ MEHRI/AFP via Getty Images

Inflation in Iran increased 1.1% in late November to reach an annual rate of 44%, according to the Iran Chamber of Commerce. The chamber attributed the rise in inflation in recent years to the effects of US sanctions.

Why it matters: Inflation has increased significantly in Iran this year, and people are struggling with the reduced purchasing power. Al-Monitor contributor Ali Dadpay noted in July that some observers blame the US sanctions. However, he also pointed to the Iranian government’s decision to drop the official exchange rate of 42,000 rials to the US dollar for necessities and food.

Iran’s currency is also depreciating on the black market. Earlier this month, the rial fell to 360,000 to the dollar, the London-based Iran International reported. The black market rate is therefore significantly below the official rate.

The black-market rate is widely used in the country, and Iran, like other countries, pays for many of its goods in US dollars. The currency depreciation therefore hurts Iranian consumers.

The actual inflation rate in Iran may be worse than 44%. President Ebrahim Raisi accidentally referred to inflation as 60% or more in August, the DC-based Atlantic Council reported at the time.

The rising inflation is happening amid widespread anti-government protests in Iran.

Know more: Iran and Russia started using their own currencies for trade this past summer. This will enable Iran to better bypass US sanctions.