Access to development financing solutions is being boosted through a new platform that will help the African private sector to lower its carbon emissions. 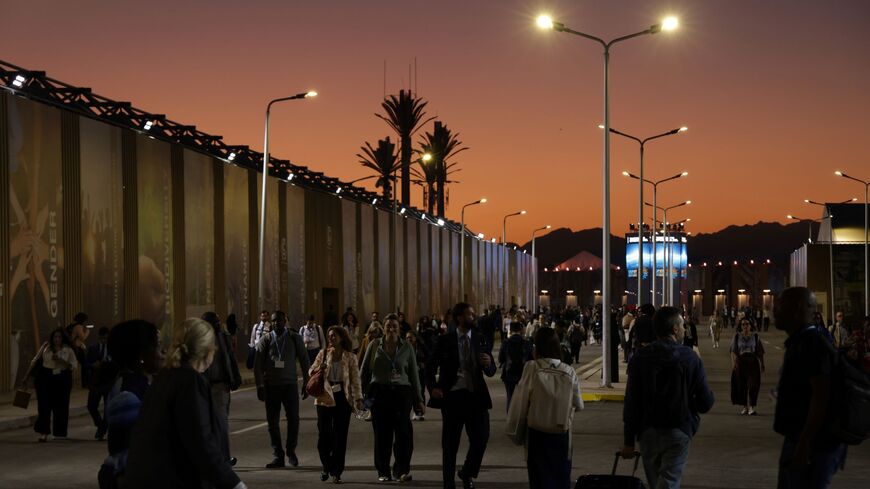 The Egyptian Exchange Holding Company for Capital Markets Development, the Agricultural Bank of Egypt, and Libra Capital on Nov. 6 signed an agreement to set up Egypt’s first entity to issue carbon credits.

Similarly, on Nov. 9 the voluntary carbon market launched, for businesses to purchase carbon credits to offset their CO2 emissions. The two new entities come as the UN Conference on Climate Change or Conference of the Parties (COP27) takes place in Sharm al-Sheikh Nov. 6-18.

Businesses are not obliged to participate, but their carbon credits will be traded as securities on the newly launched market, so these companies will be able to recoup a portion of their investment in reducing carbon emissions.

“This step is important in boosting Egypt’s efforts to reduce CO2 emissions without negatively affecting economic development,” said Sarah Abdel-Kader, an environmental and sustainability engineer in the Institute of Global Health and Human Ecology, at the American University in Cairo. "The project supports the sustainable approach followed by the Egyptian government in development."

She told Al-Monitor that the new project will motivate the business sector to cut CO2 emissions in order to keep their profits or even increase them.

A carbon credit establishes a price for polluting emissions and allowing companies to buy and sell carbon credits based on the volume of their emissions.

“Companies are thus incentivized twice to reduce greenhouse gas emissions. First, if their emissions exceed the limits set by authorities, they must spend money on additional credits. Second, they can profit by lowering their emissions and selling any excess allowances,” she said.

Egypt is the third-largest country in the Middle East and North Africa region in terms of carbon emissions, after Saudi Arabia and Iran, according to data from World Resources Institute.

Carbon dioxide is currently the most significant greenhouse gas that is warming the planet, Abdel-Kader said, and "we may be able to avoid further climate damage by reducing the amount of carbon dioxide we emit. So, the carbon credit exchange is expected to help in measurable, verifiable emission reductions from certified climate action projects,” she explained.

Developed economies are responsible for much of the planet-warming greenhouse gases over the past 170 years, she said, and “the developed countries have an ethical commitment towards the developing countries and the planet.”

Poor infrastructure and lack of funds make developing countries more vulnerable to climate change, she said, but they still have “legitimate ambitions in development. These facts could introduce the path of cooperation between developing and developed countries in fighting pollution and, consequently, mitigating climate change.”

The new carbon market is designed to boost the green economy across the continent. Egypt’s Minister of Environment Yasmine Fouad said on Nov. 9 that Egypt is ready to bolster Africa in the transition.

“It is great that Egypt becomes the first mover into carbon credits in Africa,” said Hjalmer Sommer, a Denmark-based environmentalist and owner of a climate program project in Uganda.

Instead of just decreasing pollution, he told Al-Monitor, "we need to focus more on offsetting carbon, to secure the rainforest and to make restrictions to the countries that allow cutting down the rainforest in South America and Africa.”

He called for banning the world’s big companies from taking over rainforest land. “We need to plant more bamboo and hemp trees, which offset much more CO2 per acre,” he said.