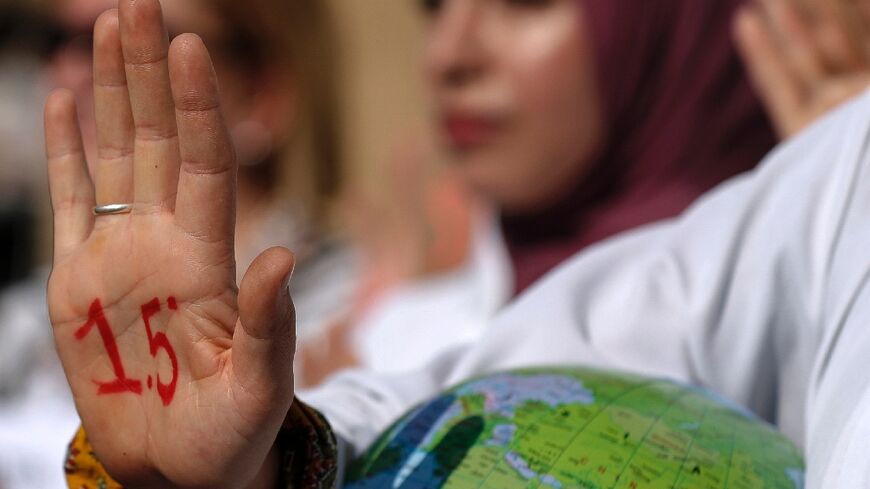 A fraught UN summit wrapped up Sunday with a landmark deal on funding to help vulnerable countries cope with devastating climate impacts -- but also anger over a failure to be more ambitious on cutting emissions.

The two-week talks in Egypt's Red Sea resort of Sharm el-Sheikh, which at times appeared to teeter on the brink of collapse, delivered a major breakthrough on a fund for climate "loss and damage". 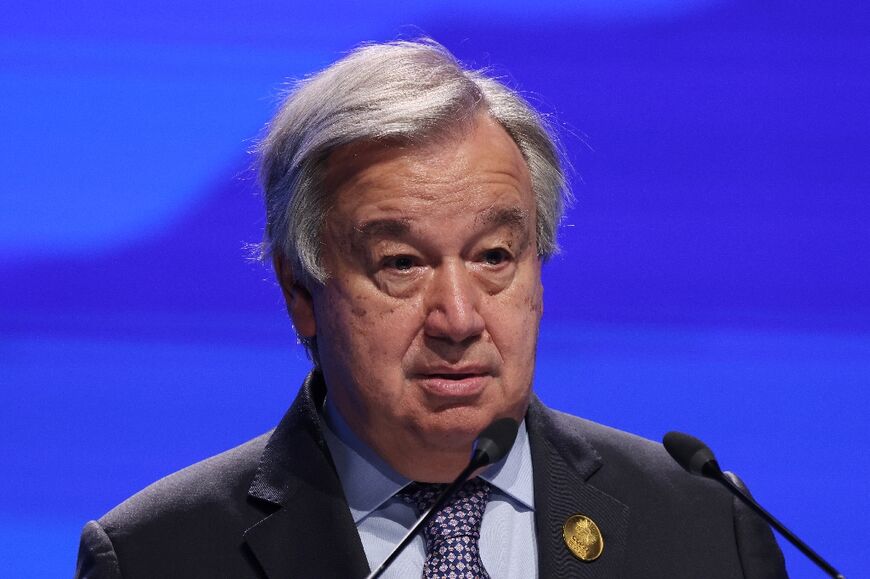 "We have struggled for 30 years on this path, and today in Sharm el-Sheikh this journey has achieved its first positive milestone," she told the summit.

Tired delegates applauded when the fund was adopted as the sun came up Sunday following almost two extra days of round-the-clock negotiations.

But jubilation over that achievement was countered by stern warnings. 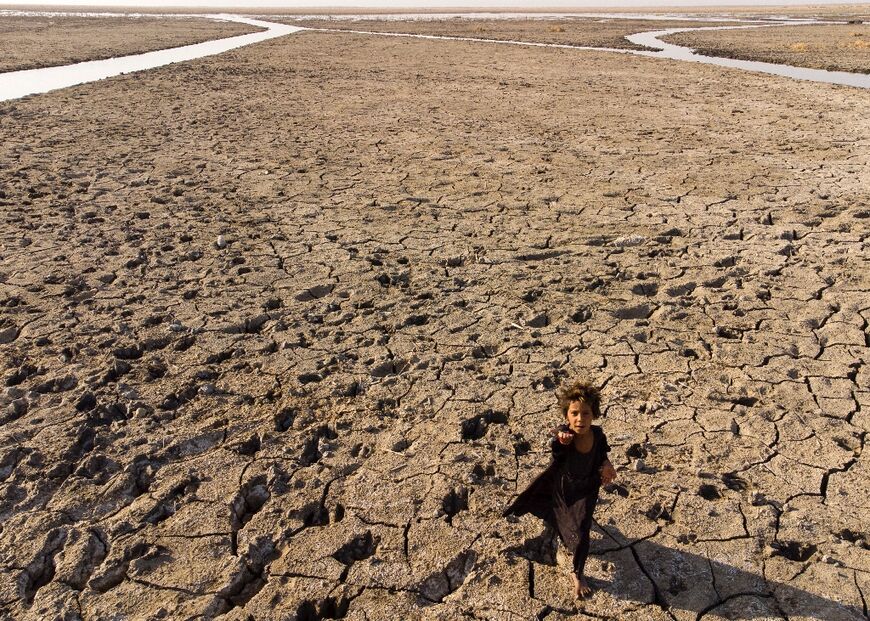 UN chief Antonio Guterres said the talks had "taken an important step towards justice" with the loss and damage fund, but fell short in pushing for the urgent carbon-cutting needed to tackle global warming.

"Our planet is still in the emergency room," Guterres said. "We need to drastically reduce emissions now and this is an issue this COP did not address."

British Prime Minister Rishi Sunak also warned that "more must be done", while French President Emmanuel Macron proposed another summit in Paris ahead of COP28 in Dubai to agree "a new financial pact" for vulnerable nations. 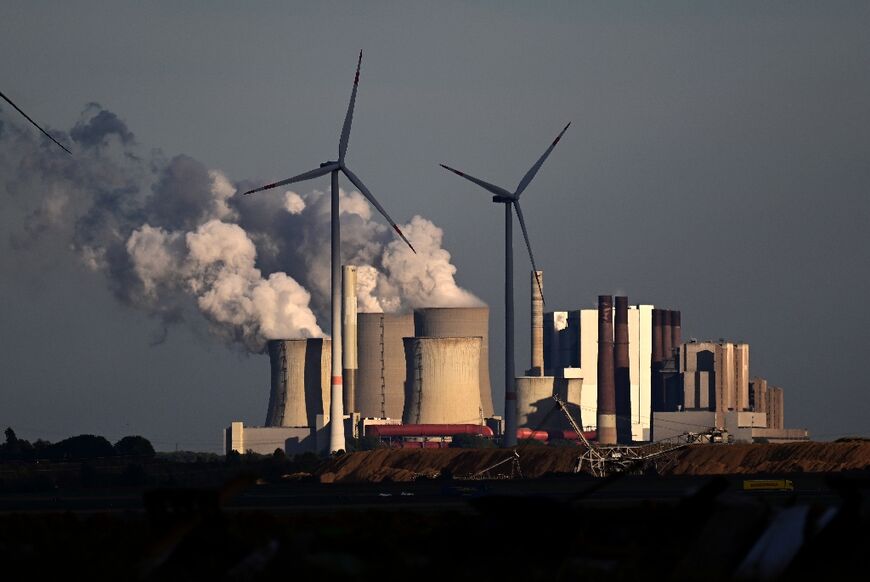 A final COP27 statement covering the broad efforts to grapple with a warming planet held the line on the aspirational goal of limiting global warming to 1.5 degrees Celsius from pre-industrial levels.

It also included language on renewable energy for the first time, while reiterating previous calls to accelerate "efforts towards the phasedown of unabated coal power and phase-out of inefficient fossil fuel subsidies".

But that failed to go much further than a similar decision from last year's COP26 meeting in Glasgow on key issues around cutting planet-heating pollution. 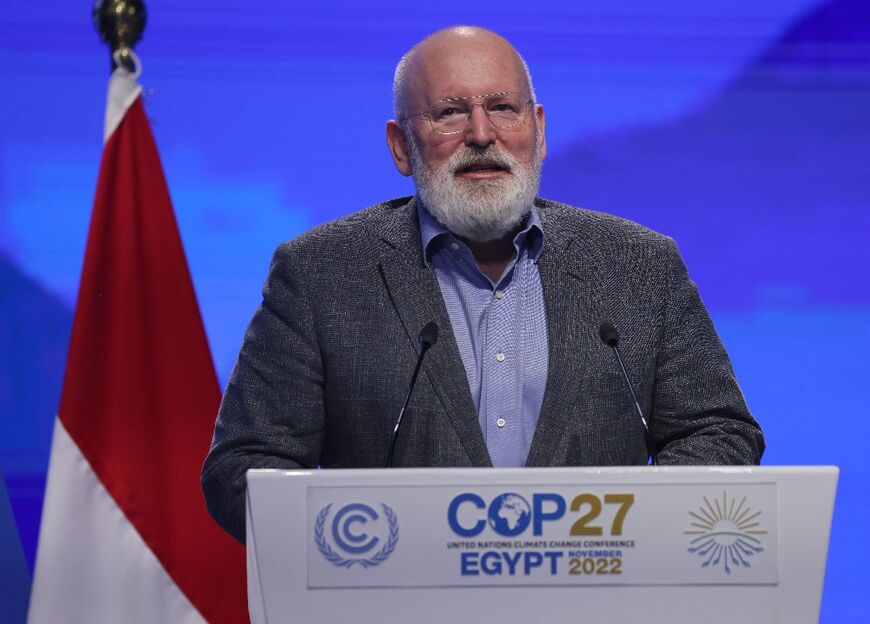 "What we have in front of us... doesn't bring enough added efforts from major emitters to increase and accelerate their emission cuts," said Timmermans, who 24 hours earlier threatened to walk out of the talks.

Britain's Alok Sharma, who chaired COP26 in Glasgow, said a passage on energy had been "weakened, in the final minutes".

German Foreign Minister Annalena Baerbock said she was frustrated that the emissions cuts and fossil fuel phase-out were "stonewalled by a number of large emitters and oil producers". 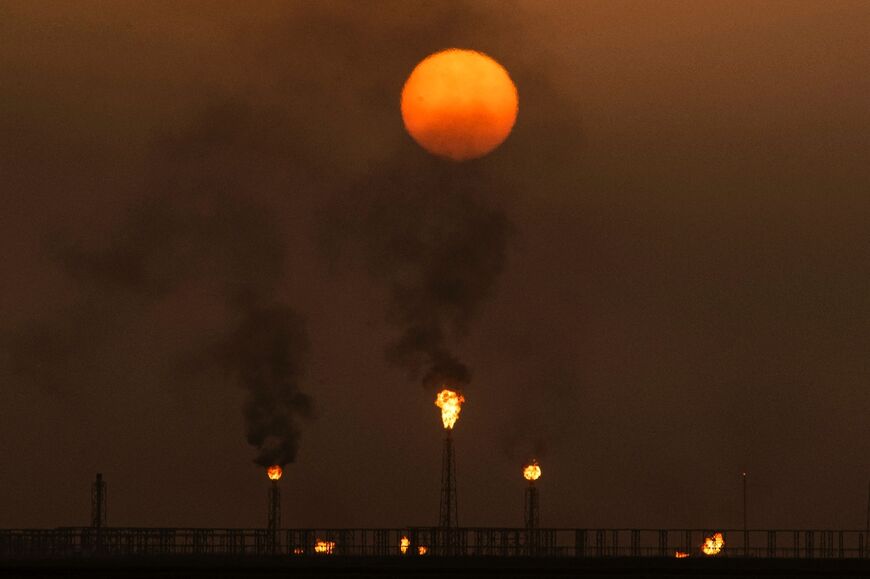 Criticised by some delegations for a lack of transparency during negotiations, Egyptian Foreign Minister Sameh Shoukry, the COP27 chair, said any missteps were "certainly not intentional", and that he worked to avoid any "backslide" by parties. 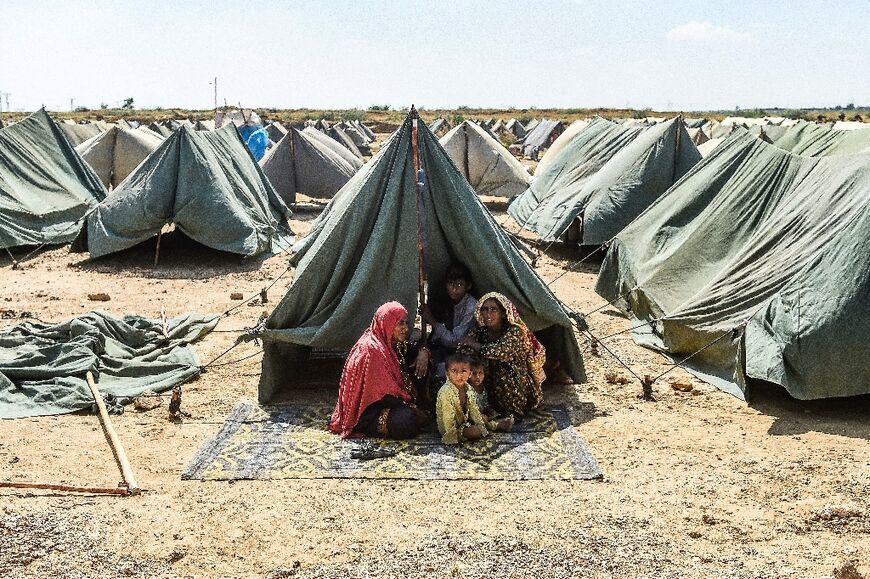 The deal on loss and damage gathered critical momentum during the talks.

Developing nations relentlessly pushed for the fund, finally succeeding in getting the backing of wealthy polluters long fearful of open-ended liability.

A statement from the Alliance of Small Island States, comprised of islands whose very existence is threatened by sea levels rising, said the loss and damage deal was "historic".

"The agreements made at COP27 are a win for our entire world," said Molwyn Joseph, of Antigua and Barbuda and chair of AOSIS. 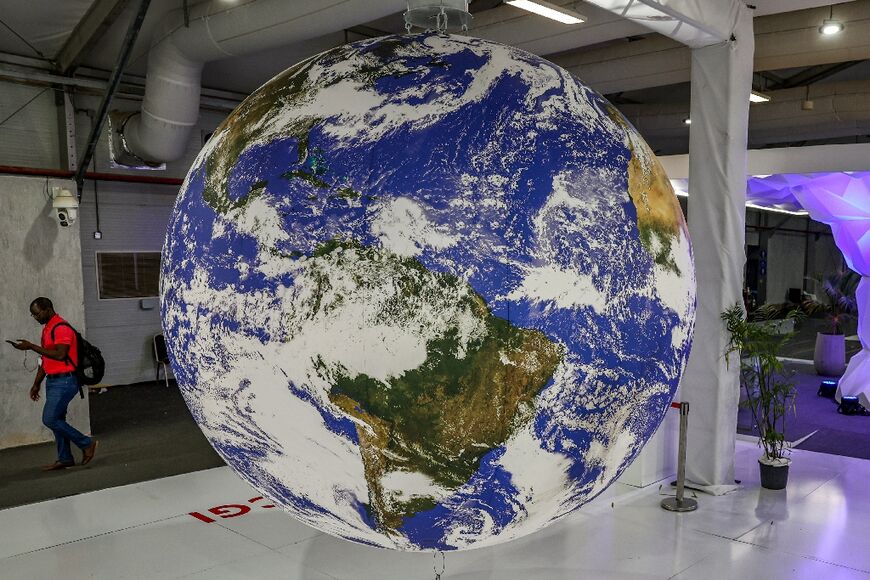 "We have shown those who have felt neglected that we hear you, we see you, and we are giving you the respect and care you deserve."

With around 1.2C of warming so far, the world has seen a cascade of climate-driven extremes, shining a spotlight on the plight of developing countries faced with escalating disasters, as well as an energy and food price crisis and ballooning debt.

The fund will be geared towards developing nations "that are particularly vulnerable to the adverse effects of climate change" -- language that had been requested by the EU. 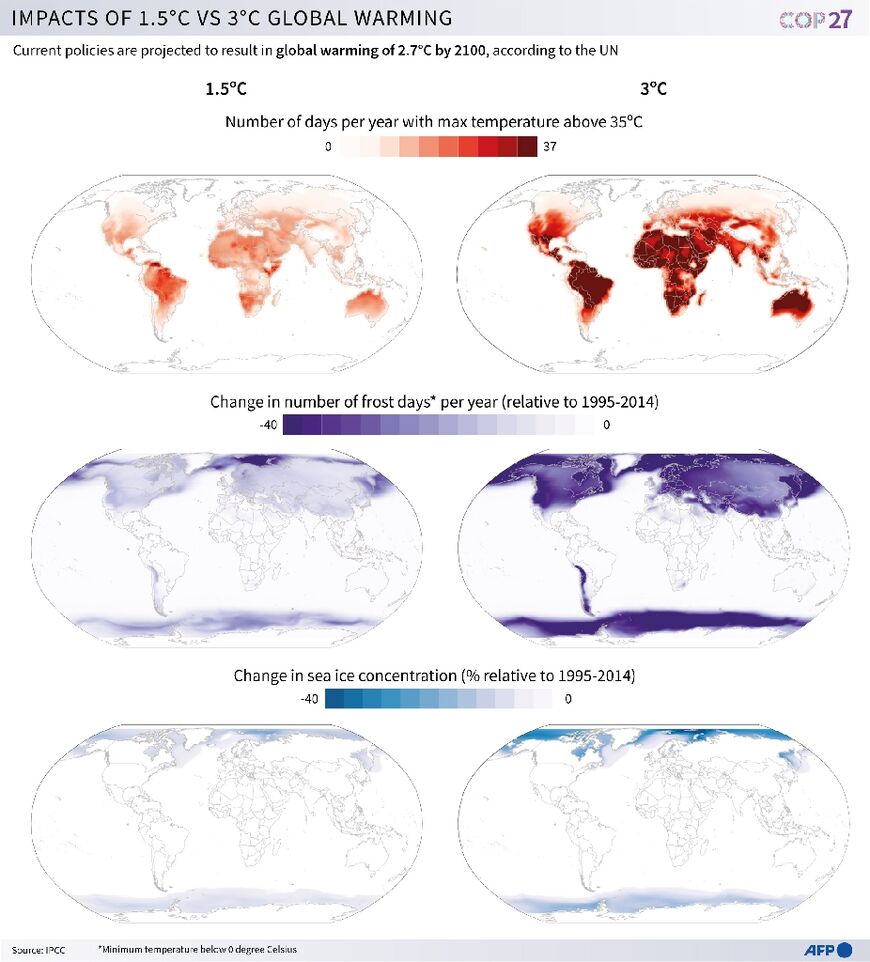 The Europeans had also wanted to broaden the funder base to cough up cash -- code for China and other better-off emerging countries.

The final loss and damage text left many of the thornier questions to be dealt with by a transitional committee, which will report to next year's climate meeting in Dubai to get the funding operational.

The fund will focus on what can be done now to support loss and damage resources but the agreement does not provide for liability or compensation, said a US State Department spokesperson.

Scientists say limiting warming to 1.5C is a far safer guardrail against catastrophic climate impacts, with the world currently way off track and heading for around 2.5C under current commitments and plans. 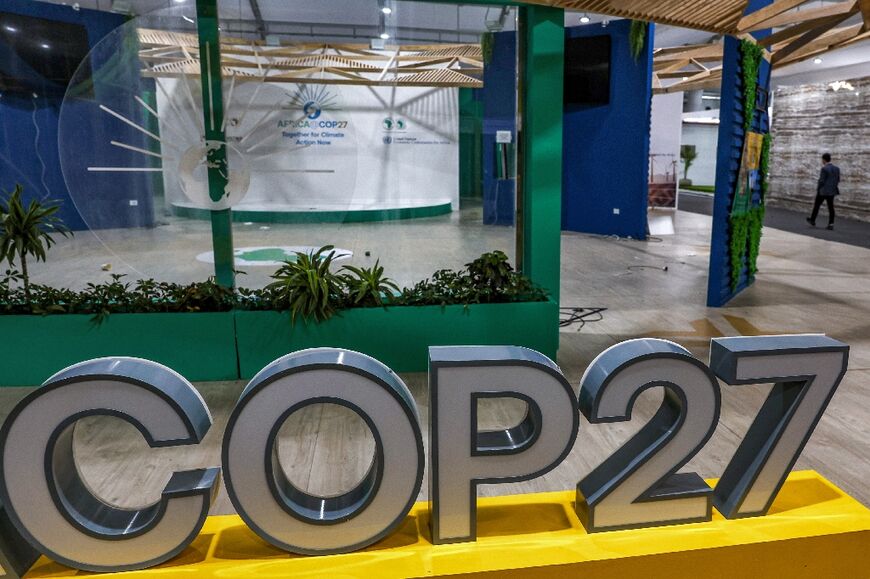 "The historic outcome on loss and damage at COP27 shows international cooperation is possible," said Mary Robinson, former president of Ireland and Chair of The Elders.

"Equally, the renewed commitment on the 1.5C global warming limit was a source of relief. However, none of this changes the fact that the world remains on the brink of climate catastrophe."