Another bank held up in Lebanon despite heightened security

Two more angry Lebanese depositors have taken guns into their banks to demand their trapped savings. 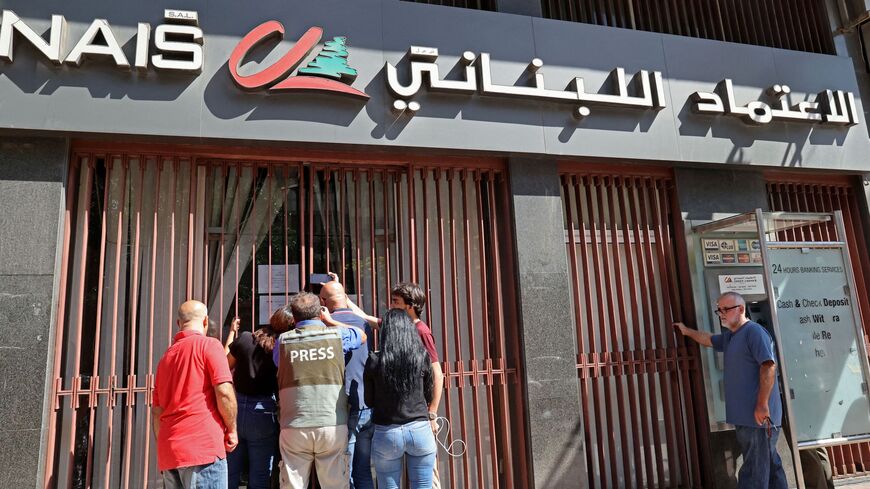 Lebanese security forces and press stand outside a branch of Credit Libanais bank held up by an angry depositor demanding access to his savings in the capital Beirut's southern suburb of Haret Hreik on Oct. 5, 2022. - ANWAR AMRO/AFP via Getty Images

Two men entered a Lebanese bank with a gun today demanding access to their savings.

What happened: Ali al-Saheli and Ibrahim Baydoun stormed a branch of Credit Libanais in the town of Hazmieh, Mount Lebanon. Saheli, an Internal Security Forces retiree, was armed with a handgun and a Molotov cocktail. They demanded tens of thousands of dollars from their own deposits, according to Lebanese media reports.

Saheli reportedly held up a bank in October as well and was arrested and released.

Lebanon’s official National News Agency reported that the men made off with $50,000.

A video posted by the Association of Depositors in Lebanon showed Saheli threatening to hurt people in the bank while holding the gun. The association advocates on behalf of Lebanese people who cannot access their savings.

Why it matters: There have been numerous armed holdups of banks in Lebanon in recent weeks. Most Lebanese people are unable to access their savings due to capital controls and mismanagement of funds. The value of the Lebanese pound has also plummeted against the dollar, making the worth of many people’s savings drop considerably.

Many banks shut down completely for several days in September due to the heists. Banks have also boosted security.

Know more: Lebanon’s economic crisis has been ongoing since 2019. In addition to the financial suffering, the country is contending with devastating fuel and electricity shortages.

Violence and suicides are rising in Lebanon as a result, with murder going up 18% this year.