Ahead of COP27, Democrats push Biden to confront Egypt on human rights

A group of lawmakers want President Joe Biden to use the climate conference to press Egypt for improvements in its dire human rights record. 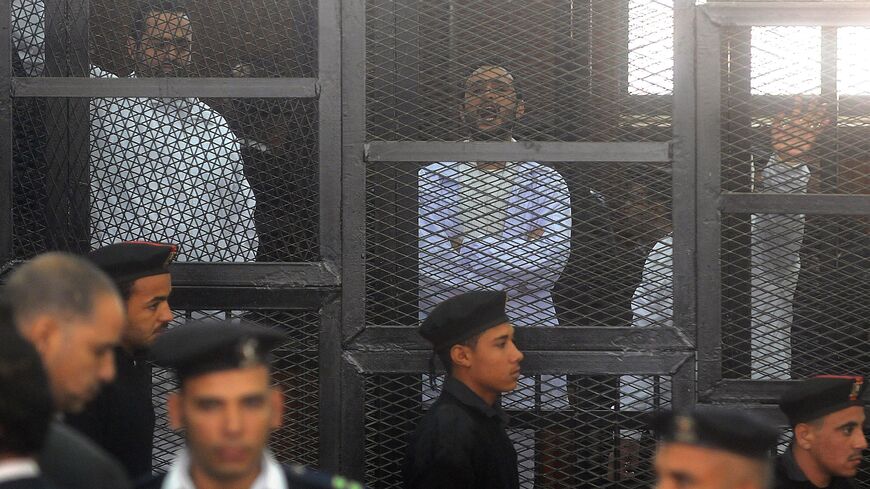 As Egypt gears up to host the United Nations climate conference next week, more than 50 Democratic lawmakers have written to President Joe Biden asking that he push the Egyptian government to release political prisoners and allow the full participation of civil society in the annual summit.

The COP27 climate talks will put an international spotlight on Egypt, a strategic US partner in the Middle East with a long track record of jailing dissidents and stifling free speech. Biden and his climate envoy, John Kerry, will attend the summit in the Red Sea resort town of Sharm el-Sheikh, which begins Nov. 6.

“With the world’s attention on Sharm el-Sheikh this month, COP27 presents a unique opportunity for the United States to press the Egyptian government to release these activists and demonstrate its commitment to inclusive engagement with the full range of stakeholders on climate solutions,” reads the letter signed by 56 House and Senate lawmakers.

"Widespread arbitrary detentions, restrictions on members of the media and nongovernmental organizations, and the crackdown on the government’s political opponents cannot be ignored while Egypt enjoys a spotlight on the world stage," they add.

Human rights have deteriorated since Egyptian President Abdel Fattal al-Sisi rose to power following a 2013 military coup. The clampdown has reportedly impacted the work of environmental campaigners, with UN rights experts in October describing “a climate of fear for Egyptian civil society organizations to engage visibly at the COP27.”

The congressional letter calls on the Biden administration to push Egypt to allow government critics "access to engage and express their positions freely at COP27" and notes that this "simply cannot occur with the unprecedented detention of leading environmental activists and prominent political prisoners."

The Egyptian government denies holding political prisoners and says many of the protesters, journalists and supporters of the Muslim Brotherhood languishing in Egypt’s jails constitute a national security threat.

Cairo also points to improvements in its rights record that have been welcomed by Washington, including the launch of a new human rights strategy and a national dialogue with opposition groups. Egyptian authorities have also released hundreds of political prisoners this year, although monitoring groups say new arrests outpace the recent releases.

Biden’s trip to Egypt will be the first for any US president since 2009. Nineteen rights organizations last month urged him to secure reforms before any possible meeting with Sisi or risk “bolstering the Egyptian government’s international whitewashing efforts.”

The Biden administration came into office pledging to make human rights central to its relationship with Egypt. However, its release of a portion of the military assistance that Congress conditioned on Egypt meeting human rights requirements has disappointed some in Biden’s own party who say he could be doing more to hold the longtime US partner accountable.

US officials say they’ve raised human rights concerns with the Egyptian government both publicly and privately. They describe Egypt as an important strategic partner in the Middle East and point to its role in mediating conflicts between Israel and Palestinian militants.

In their letter, the lawmakers describe “respect for human rights and civil society [as] a core dimension of both US national security interests and our collective ambitions toward climate action.”