Ongoing rapprochement and the World Cup tournament currently underway in Qatar have driven a significant increase in air traffic to the region via Israel. 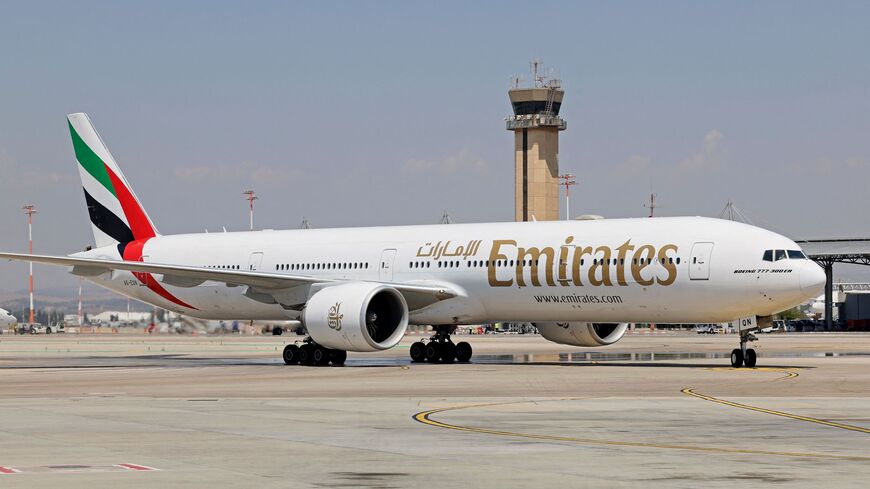 Aviation statistics for Israel point to a real revolution: In the month of October alone, 15,663 planes crossed Israel’s air space. Out of these, more than 12,000 landed in Ben Gurion Airport, Israel’s main air-gate. Most of the other flights continued toward other Middle East countries.

This constitutes an increase of 63% over October 2021. Part of the increase is the global rebound from the pandemic, but observers also point to the 2020 Abraham Accords that established diplomatic relations between Israel, the United Arab Emirates and Bahrain. Later, Morocco in North Africa and Sudan in east Africa signed similar agreements.

For most of its existence, Israel has been an aviation “dead end.” In other words, Ben Gurion was a departure point and an arrival point, but never a hub for connecting flights, for several reasons.

Most of the airlines of Arab countries (except for Egypt and Jordan) circumvented Israel when traveling to and from Europe. Israeli airplanes were forbidden from flying over certain Arab countries, thus forced to take much longer routes. Also, several neighboring countries prohibited the arrival of Israeli nationals.

In 2018, following secret contacts with Saudi Arabia, the kingdom allowed Air India planes to cross its airspace on their way to Israel, which cut travel time to the Far East by more than two hours. Then, last July, after the Abraham Accords, the Saudis allowed all air companies, including Israelis, to cross their skies. It started with flights from Israel to Bahrain and the Emirates passing through the Saudi airspace.

After that, non-Israeli companies were allowed to fly from Israel and back to the Far East through Saudi skies. This permission has not been extended to Israeli airlines, because Oman refuses to allow Israeli citizens to fly in its air space toward the Far East — probably because of pressure from Iran.

The Abraham Accords also brought about new flight agreements. The 2020 aviation agreement between Israel and the Emirates stipulates a regular flight schedule. The official opening of the direct flights of the Emirate companies began only in March after a security dispute. The Emirates threatened to cancel Israeli flights to their country if the Shin Bet, Israel's internal security service, did not back off over some of its demands, but after accelerated negotiations, problems were resolved.

Numbers for November will probably reflect an increase, also due to the World Cup football tournament in Qatar. Doha’s agreement for direct flights from the Ben Gurion airport arrived at the very last moment. In the meantime, numerous Israelis flew to Abu Dhabi or Dubai, and from there to Qatar. Many of them prefer to spend time also in the Emirates, where the local people welcome the Israelis.

Morocco is also becoming a popular vacation hub for Israelis, with several flights a week departing from Ben Gurion.

In the middle of March, Royal Air Maroc organized its first festive flight to the Ben Gurion Airport. Airline president Hamid Addou said, “I hope that our efforts will also bring people together. We will be able to bring [Israeli] Moroccan descendants closer to their former roots here, to open commercial ties, and finally — to allow Israelis to visit Morocco.”